The Chinese government has a well-documented history of using forced sterilization and forced abortions against Uyghur women. 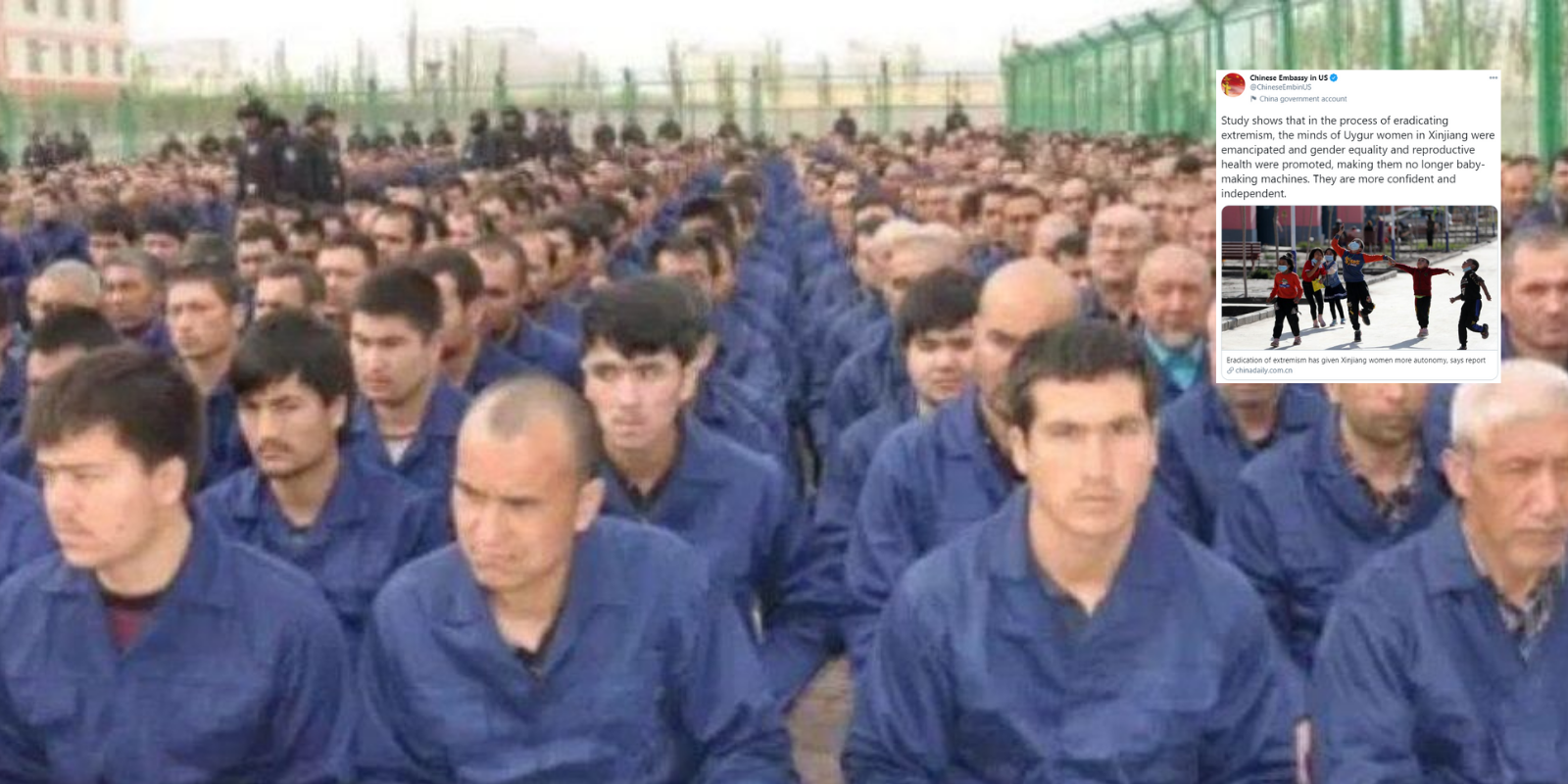 The official Twitter account of the Chinese embassy in the United States shared a tweet on Thursday whitewashing the forced sterilization committed by the Chinese government against their minority Uyghur population as part of their ongoing program of genocide against the Muslim minority group.

"Study shows that in the process of eradicating extremism, the minds of Uygur women in Xinjiang were emancipated and gender equality and reproductive health were promoted, making them no longer baby-making machines," the embassy wrote on Twitter.

The Chinese government has a well-documented history of using forced sterilization and forced abortions against Uyghur women. As a result, the birth rate in East Turkestan, the homeland of the Uyghur people, dropped by roughly one third in a single year.

However, the Chinese embassy was able to whitewash their crimes on Twitter by saying that Uyghur women "are more confident and independent" as a result of their policies.

The treatment of the Chinese government's whitewashing of genocide over Twitter can be starkly contrasted to Twitter's treatment of conservative users. Such behaviour does not even receive a disclaimer from Twitter, which notoriously bombarded President Donald Trump's Twitter posts with disclaimers regarding his claims of electoral fraud.

Neither does Twitter interfere with tweets from other world leaders such as the Ayatollah of Iran, who occasionally calls for genocide against Jewish Israelis over his Twitter account.

The double standard employed by Twitter is obvious and unjustifiable, but not surprising. It is little more than a public relations stunt which allows Twitter to gain credibility among left-wingers, who dominate their platform in the United States, while also being able to continue doing business in countries such as China or Iran where censorship abilities are not endowed into the hands of private corporations but in the hands of the government. Standing up to these oppressive regimes would cut into Twitter's profits.

Unfortunately, this double standard is likely to continue for the time being as Twitter recently moved to temporarily suspend President Donald Trump's account in the wake of the riots by his supporters which overtook Capitol Hill on Wednesday. They rarely muted the accounts of those who endorsed, or even raised money for, rioters and looters from the Black Lives Matter movement over the summer, but as everyone knows, it was never about rioting.