CNN thinks people are racist against robots of colour

Robot celebrities like Sophia, who has appeared on a variety of talk shows and given millions of people the heeby-jeebies, depict white faces. According to the New Zealand-based study, this is a problem, as robots should be as diverse as humanity. 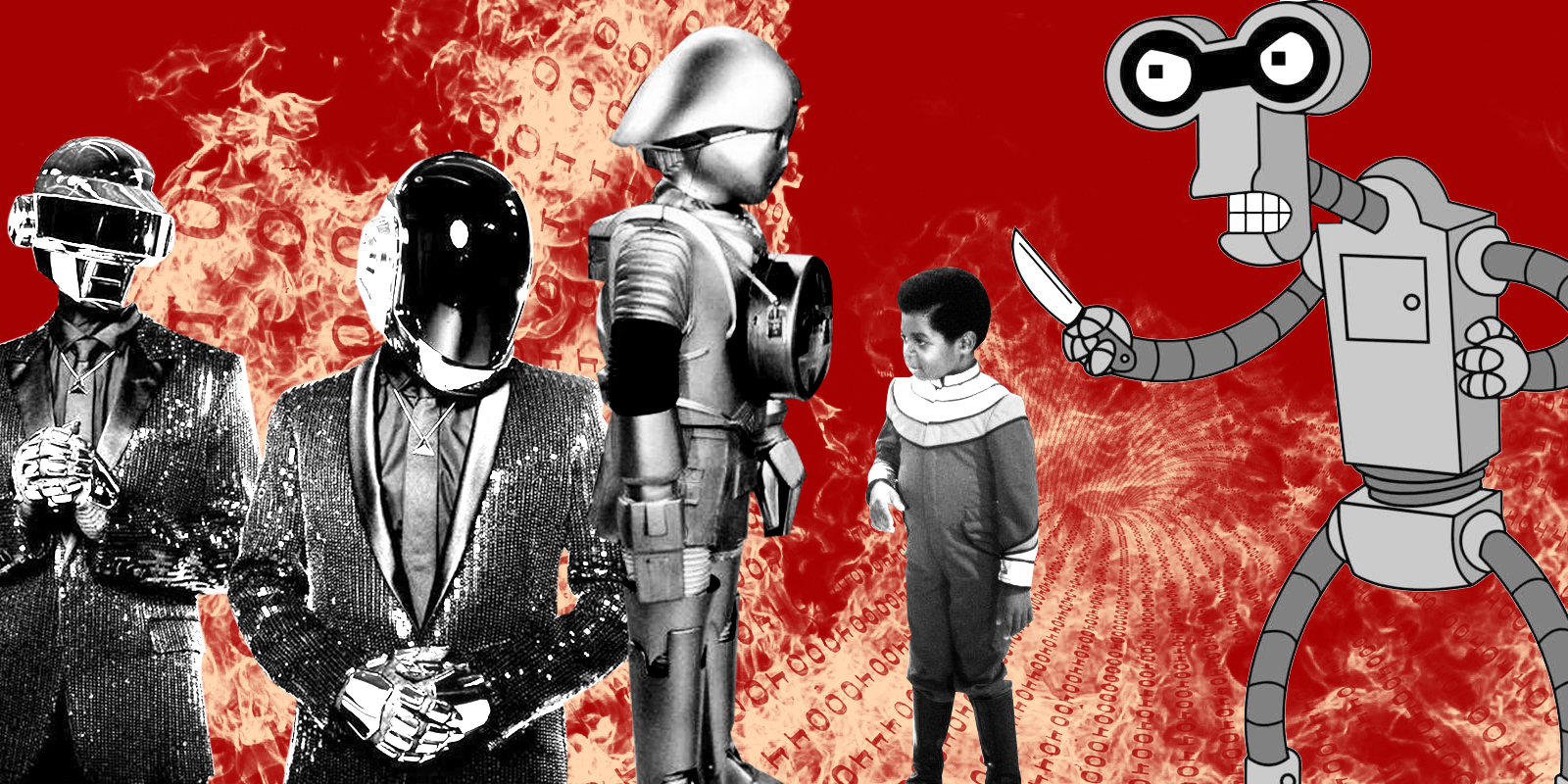 Recently, CNN published an article dissecting an issue that has apparently been plaguing the robot community for months, without any humans being the wiser. Robot racism.

As CNN points out, the robots depicted in media are “all made of shiny white material. And some real-life humanoid robots are modelled after white celebrities,” arguing that there’s a problem in the lack of diversity amongst robots, and that colours should more frequently be modelled after people of colour.

The research centers around the study “Robots And Racism,” by the New Zealand-based Human Interface Technology Laboratory, where it was then in turn published by the University of Canterbury.

The study suggests that people perceive physically human-like robots to have a race and that this could cause problems down the line. Essentially, if robots are perceived to have a race, that means that they will be treated with different attitudes, including racist or harmful attitudes against robots of colour.

“The bias against black robots is a result of bias against African-Americans,” said lead researcher Christoph Bartneck to The Next Web. “It is amazing to see how people who had no prior interaction with robots show racial bias towards them.”

This, of course, completely avoids the fact that robots do not have a race, and are actually made of metals and plastics. CNN’s focus, though, is that many humans feel “sympathetic towards human-like robots,” citing the comments on a video of a CGI robot getting beat up. What CNN ends up advocating for though, is a very awkward robot-civil rights “cyborg.”

Robot celebrities like Sophia, who has appeared on a variety of talk shows and given millions of people the heeby-jeebies, depict white faces. According to the New Zealand-based study, this is a problem, as robots should be as diverse as humanity.

The problem with robots of colour

There are too many nuances that come along with giving robots racial identities. Namely, who decides what is okay?

For example, if there are to be diverse robots, ie. a black robot, should he have an accent? If so, what type of accent? If the robot does not have an accent, would this be a way for insane social justice warriors to claim that black voices are being whitewashed and that black robots should instead use AAVE (African-American Vernacular English).

Not only that, but aren’t there very obvious red flags that would be raised if a white person owned nothing but black robots as assistants? There are already feminists upset about sex dolls who are modelled after people of colour, and how these races are being “fetishized.” Is this not strikingly similar, if not much worse?

Considering how completely obsessed with race and discrimination North America is, it’s doubtful that this will be the last time you hear about this issue. There will undoubtedly be those campaigning for higher representation of Latinx robots, black robots, Asian robots, and without a doubt, there will be a demand for non-binary robots, ironically coded by ones and zeroes.

If there was such a demand that creating a non-binary assistant voice was necessary, it’s foolish to think similar moves won’t be made in the world of robots.

The anti-robotism facade is another way for race-baiters to exhibit their oppression. If humans are going to obsess over the colour of non-humans, there’s only one solution that comes to mind.

Give robots their own skin colour. Perhaps a metal-gray? Make robot voices sound distinctly different from any accent than that comes from a human mouth, perhaps a rigid and phonetic voice that makes it impossible to politicize. Don’t give them eyes or eye colours, but instead, a camera/cameras that are entirely utilitarian. Don’t give them personalities or backstories or gender, as this could be politicized in a pinch.

Essentially, robots should be robotic, and not designed after humans. Conflating the two is a pandora’s box that will lead to even more useless discussions about robots and race.

The problem with social justice theories like these is that there is no end game. Robots as a distinct “culture” are nothing new. The traditional idea of a robot does not resemble the idea of a human, meaning that—according to social justice theorists—humans could hypothetically be culturally appropriating robots by doing dances like The Robot. Daft Punk would be ousted for wearing Robot-Face, and talking in a Microsoft Sam voice would be considered a harmful stereotype.