Tapper then received backlash at his supposedly supportive position of banning books. 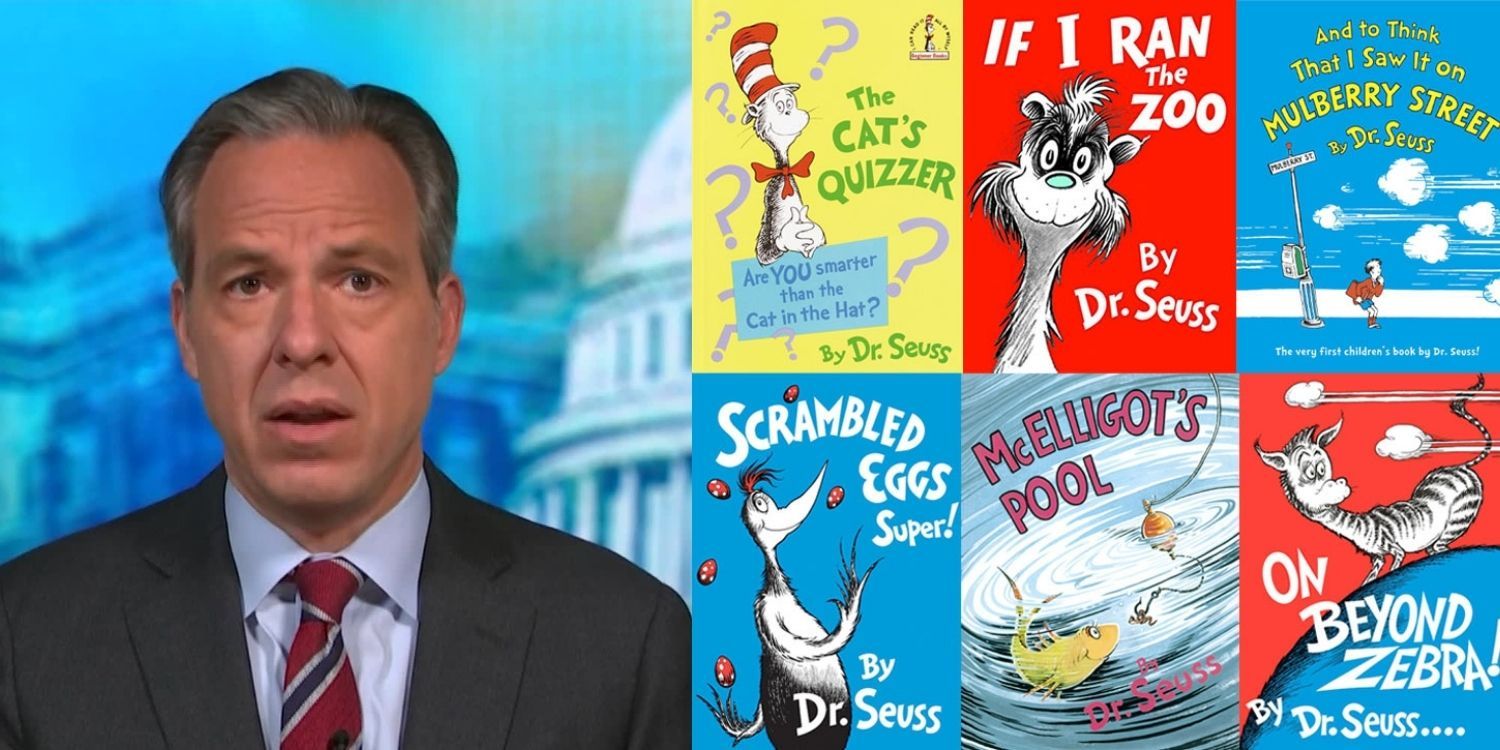 CNN's Jake Tapper took to Twitter on Saturday to voice his support for censoring Dr. Seuss books. In a retweet towards Republican House Leader Kevin McCarthy, Tapper said "one of the weirdest parts of this culture war is that the self-styled 'warriors' aren’t willing to stand by the empirically racist images they’re supposedly defending."

This was in criticism of McCarthy posting a video of himself proudly reading Dr. Seuss' Green Eggs and Ham. Tapper then posted images from one of the banned books and said, "here are two of the empirically racist images from two of those books. Ask yourself why the self-styled culture warriors 'standing up' for Dr. Seuss don’t show these offensive images or read from the actual books in question when they’re on this crusade."

The CNN anchor concluded by saying, "I would submit that they can’t defend the images because they’re indefensible. I would suggest that they don’t show them to you on the floor of the House or in their little videos because they don’t want to be associated with those racist images either."

Tapper then received backlash at his supposedly supportive position of banning books. Author and Mathematician James Lyndsey said, "You seem not to know what 'empirically' means," in a reply. Others point to the dangerous precedent of outright banning books.