Former comedian and President of Ukraine Volodymyr Zelensky took to Twitter to announce that Justin Trudeau was one of the leaders who inspired him to enter into politics. 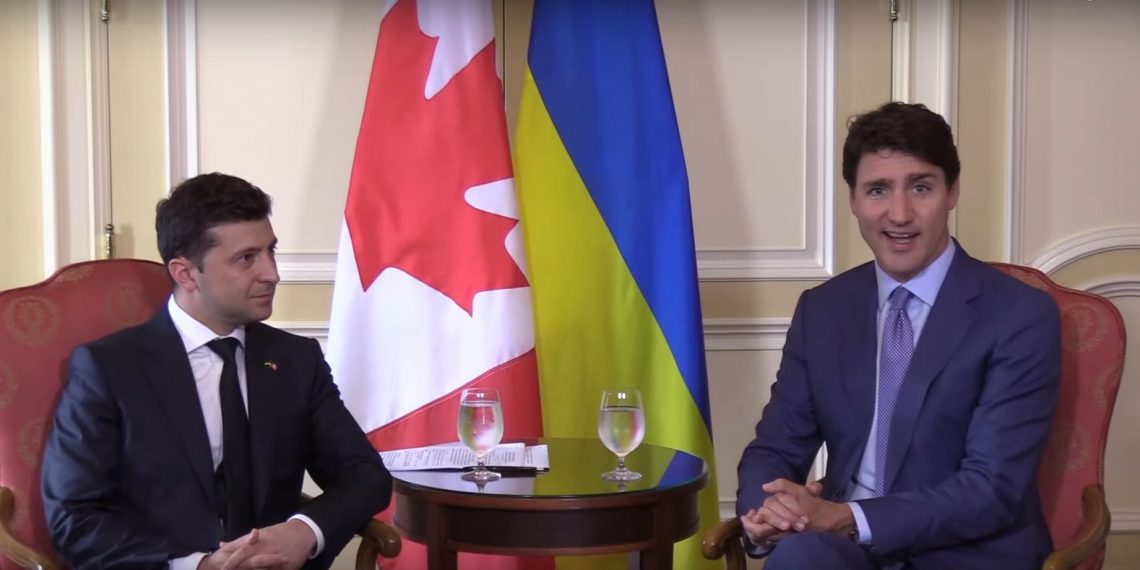 Former comedian and President of Ukraine Volodymyr Zelensky took to Twitter to announce that Justin Trudeau was one of the leaders who inspired him to enter into politics.

Zelensky, who shocked the world by winning the 2019 Ukrainian election was a former comedian and show host who played the fictional role of the country’s president on national television.

The tweet came on the heels of a diplomatic trip to Canada by the Ukrainian president, in which he met with the prime minister and attended the Ukraine Reform Conference in Toronto, Ontario.

This was the first appearance in North America for the newly elected president.

During the visit, Canada pledged to provide an additional $45 million in new foreign aid for the country.

“Ukraine has Canada’s full support as it continues to develop and implement the fundamental reforms that are needed for a secure, sovereign and prosperous future,” said Chrystia Freeland at the conference.

Canada has been involved in several military and non-military efforts in the Eastern European country, including a project to reform the country’s police force.

As reported on at The Post Millennial, Canada sent RCMP officers and millions in funds to aid and train the National Police of Ukraine (NPU) which have had several well-documented ties to neo-Nazi groups in the country.

Earlier this year Canada has also extended military operations in the country to the year 2022.