The online retailer makes decisions on which groups to include or exclude by consulting the Southern Poverty Law Center's annual "hate map" of organizations that they deem to be spreading "hate." 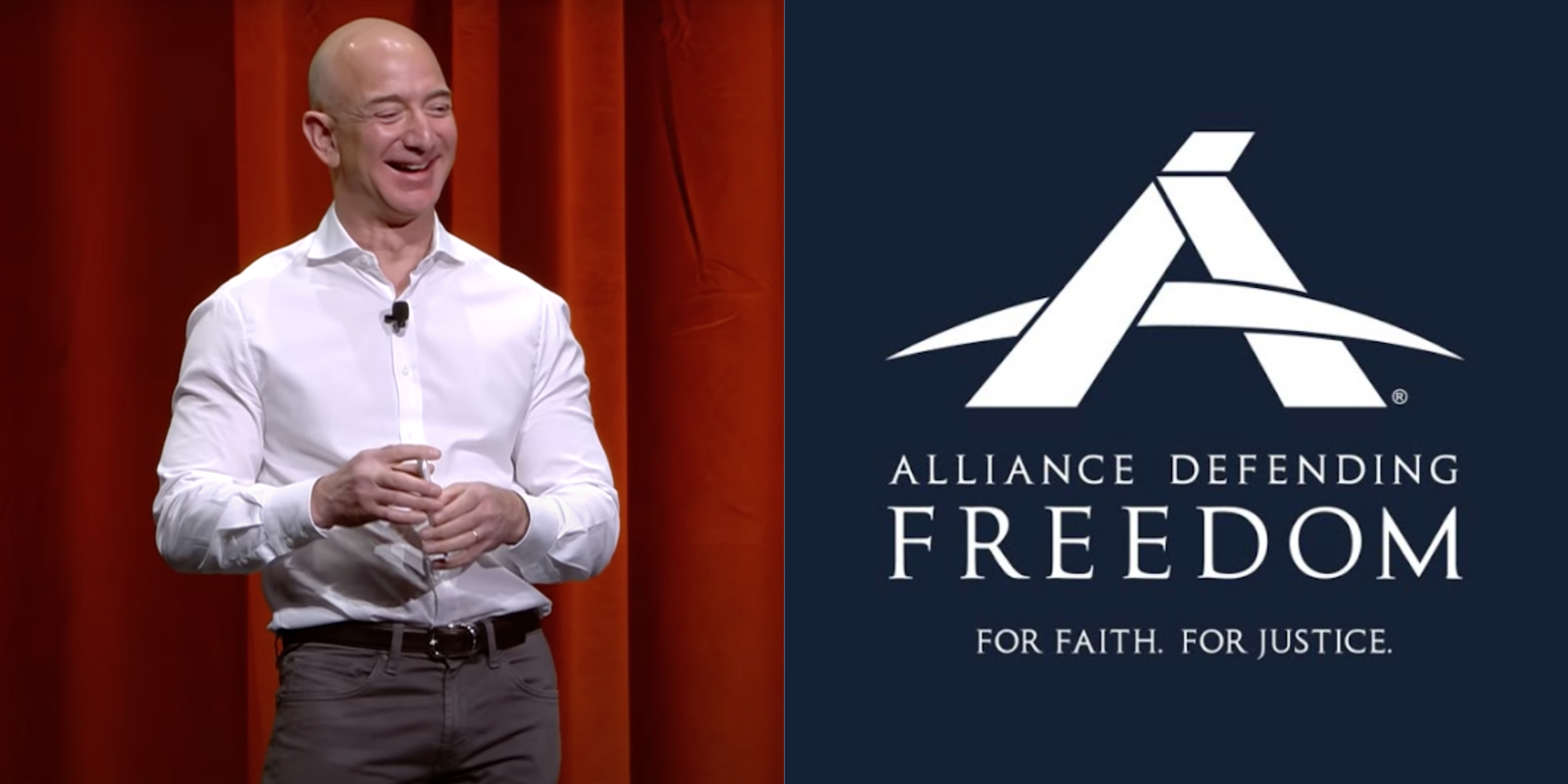 Alex Timothy
Dec 14, 2022 minute read
ADVERTISEMENT
ADVERTISEMENT
Amazon Smile, a program that allows customers to make donations via their purchases to a charity of their choice, has been systematically excluding conservatives and Christians, according to a report from The Daily Signal.

The hugely popular online retailer makes decisions on which groups to include or exclude by consulting with the Southern Poverty Law Center (SPLC), a scandal-plagued group that releases a widely criticized annual "hate map" of organizations that they deem to be spreading "hate."

The map includes violent white supremacist groups such as the Ku Klux Klan and and anti-Semetic groups such as the Nation of Islam, however it also lists The Alliance Defending Freedom (ADF), a group that promotes the goal of "protecting fundamental freedoms" and "the inherent dignity of all people."

The ADF was excluded from Amazon's program as result of its inclusion on the map.

In 2020, then-CEO of Amazon Jeff Bezos told Congress that he would be open to finding "a better source" than the SPLC's hate map "if he can get it," adding that he "would like suggestions on better or additional sources."

"It’s been over two years since [that acknowledgement]," lamented Jeremy Tedesco, senior counsel and senior vice president of corporate engagement at ADF.

"By continuing to depend on the SPLC's own biased and ideologically driven definition of 'hate group,' Mr. Bezos and Amazon are depriving Americans of their ability to choose which causes they want their hard-earned dollars to support."

ADF is far from being the only conservative Christian group to have been targeted by the SPLC.

The Ruth Institute, a global interfaith coalition equipping Christians to defend the family and "survivors of the sexual revolution," were rejected from the Amazon Smile program in 2016 as a result of their incusion on the aforementioned "hate map."

The SPLC cited comments from the institute’s founder, Jennifer Roback Morse, who stated that homosexual activity was "intrinsically disordered," words that come directly from the Catholic Church.