“Erin O’Toole has BETRAYED the principles that the Conservative Party is founded on,” the petition says. 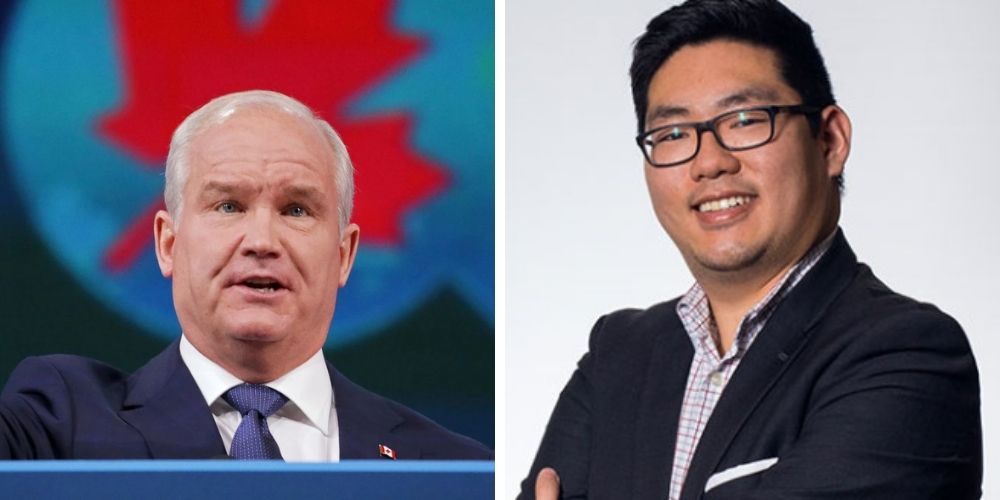 While the final seat count of the federal election remains to be confirmed, some Conservatives have already called for the resignation of CPC leader Erin O'Toole. One such Conservative leading the charge is Bert Chen, a national councillor for the party.

Chen, who holds the Ontario seat in governing council of the party, launched a petition to remove O'Toole as leader. "Erin O'Toole has BETRAYED the principles that the Conservative Party is founded on," the petition reads.

"Erin O'Toole has BROKEN THE TRUST of the members of the Conservative Party. Erin O'Toole's campaign in the 2021 Federal Election FAILED in electing enough Conservative MPs to form a government," Chen continued.

While Change.org is in no way binding on its own, the Conservative Party of Canada’s constitution allows party members to trigger a binding referendum if 5% of members in at least five provinces sign a petition calling for one.

Bert Chen then outlines specifically how Erin O'Toole "betrayed" the party. Some examples include introducing a carbon tax after pledging to never do so and his support of vaccine passports.

Erin O'Toole however, has signalled he has no intentions of stepping down. Speaking to reporters Tuesday, O’Toole dodged questions about calls from within the party for his resignation.

"In about 30 ridings, we came within 2,000 votes of the Liberals. We are building towards victory next time. We are closer in dozens upon dozens of ridings but not close enough," he said.

"I am disappointed that we lost some members and I’ve already initiated a post-election review to examine what went right, what went wrong and what we can do better to win in 18 months."