In an open letter to Canadian Security Intelligence Service (CSIS) Director David Vigneault, Conservative ministers have asked the spy agency to investigate former Ambassador to China John McAllum over comments he recently made to a Chinese outlet. 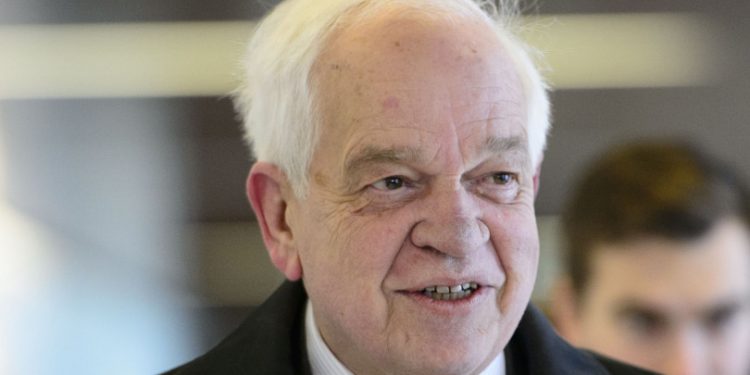 In an open letter to Canadian Security Intelligence Service (CSIS) Director David Vigneault, Conservative ministers have asked the spy agency to investigate former Ambassador to China John McAllum over comments he recently made to a Chinese outlet.

On Wednesday, McAllum who was sacked from his job as the country’s top diplomat on the file, stated to a Hong Kong news outlet that the Chinese government should deal fairly with Canada to prevent a Conservative government from getting into power in October, who would be less favourable to their interests.

“Anything that is more negative against Canada will help the  Conservatives, [who] are much less friendly to China than the Liberals,”  said McCallum.

“Canadians expect that the upcoming election will be conducted in a free and fair manner, and that any and all incidents of foreign interference will be fully investigated, with action taken to prevent said interference,” claimed the letter.

“We believe Mr. McCallum’s actions, as confirmed by his own public statements, deserve the utmost scrutiny of your agency.”

CSIS has since neither confirmed or denied whether there is an ongoing investigation.

Since the comments were made, Minister of Foreign Affairs Chrystia Freeland spoke publicly by condemning the former ambassador’s comments.

“Mr. McCallum does not speak for the government of Canada. In January,  the prime minister asked for Mr. McCallum’s resignation and Mr. McCallum subsequently resigned,” said Freeland.

“I think that it is highly inappropriate for any Canadian to be offering  advice or opinions to any foreign government on how that government  ought or ought not to behave to secure any particular election outcome  in Canada.”