In response to a recent tweet from Rep. Alexandria Ocasio-Cortez showcasing the squalid conditions her abuela lives in to "score political points," Daily Wire host Matt Walsh has set up a GoFundMe to "save her home." 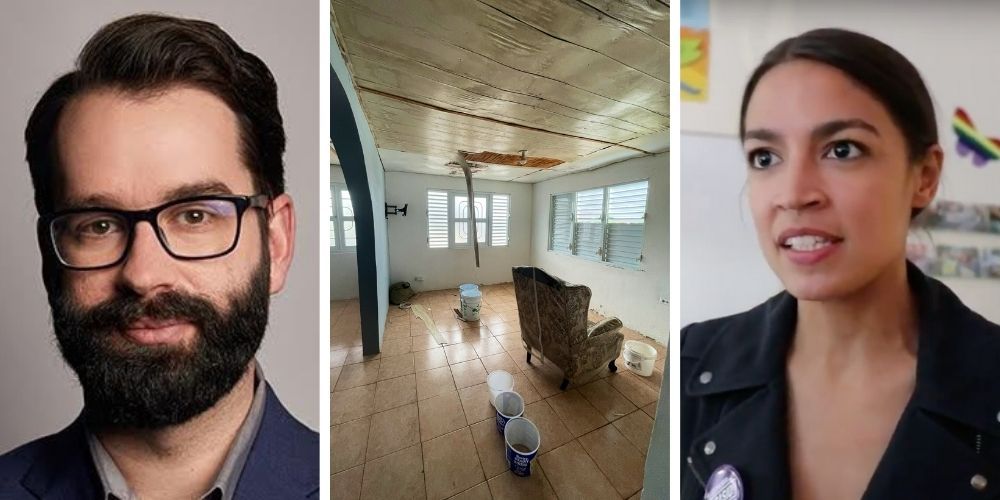 In response to a recent tweet from Rep. Alexandria Ocasio-Cortez showcasing the squalid conditions her abuela lives in to "score political points," Daily Wire host Matt Walsh has set up a GoFundMe to "save her home."

"As you've heard, @AOC's abuela is living in a dilapidated home that was ravaged by Hurricane Maria. AOC is unable to help her own grandma for whatever reason, so I have set up this Go Fund Me campaign to save her home. Please give if you can. #HelpAbuela," wrote Walsh on Twitter.

Walsh states on the GoFundMe that "One cannot be certain of the cost to repair grandma’s house, but surely most of the work could be completed for the price of AOC’s shiny Tesla Model 3."

"As AOC pointed out  to us, we 'don’t even have a concept for the role that [incredibly successful children of two American citizens…] play in their families,' but clearly caring for their own grandparent isn’t part of it," states the GoFundMe. "Says the congresswoman, '…instead of only caring for [my own grandmother] & letting others suffer, I’m calling attention to the systemic injustices…'"

"Sadly, virtue-signaling isn’t going to fix abuela's roof. So we are," says Walsh.

Walsh states that while any amount is appreciated, "the cost of a monthly lease payment on that Tesla is around $499," referring to the Tesla Model 3 that AOC possesses. In another tweet, Walsh called on Ben Shapiro, Michael Knowles, and Jeremy Boreing, all of the Daily Wire, to match his $499 contribution.

At the time of publication, just over an hour after the GoFundMe went live, Walsh had raised more than $18,000 for AOC's abuela. Walsh has not yet responded to The Post Millennial's request for comment at the time of writing.