"Previously, Rance was not legally allowed to be around minors but now he can pretzel twist with them in an innocent wrestling coaching session," said Libs of TikTok. 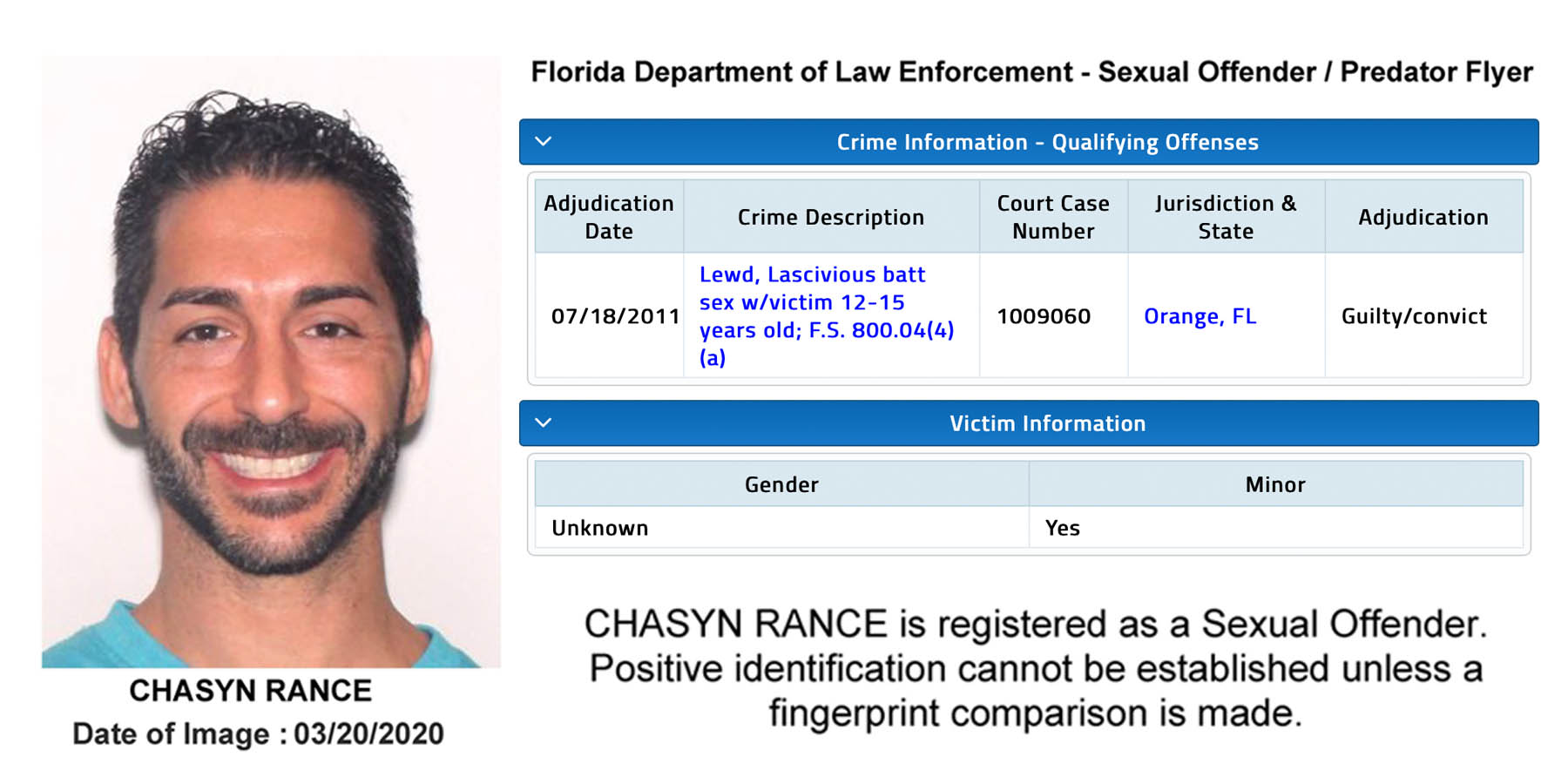 A convicted sex offender is currently coaching children at the Team Vision Dojo in Orlando, Florida. Chasyn Rance, 39, was found guilty in 2011 of having sex with an adolescent. Rance was charged with Lewd or Lascivious Battery of a victim between the ages of 12 and 15 and has been registered on the Florida Sex Offender Registry since 2014.

As a result, the dojo issued a statement to Bodyslam.net defending Rance:

"Hello. Chasyn Rance was deemed guilty in the court of law in 2011 for actions that took place in 2008. During his time on probation, Chasyn was in therapy, not allowed to interact with minors, and had to submit to drug testing. Chasyn completed everything that was required by law and then went back to training minors again sharing full knowledge of his past with parents. Chasyn continues to be one of the best trainers in professional wrestling around and there’s no denying that. While the actions of the past look very bad, the future looks bright for all those that Chasyn continues to help. Thank you for any concerns. Everyone at Team Vision Dojo is doing great and have many big projects continuing and others in the works. If you would like to contact Chasyn regarding anything else or other false accusations that this website has promoted in the past that was debunked, feel free to contact him at: chasyn@gmail.com"

Popular social media account Libs of TikTok, while currently suspended on Twitter, is still active in reporting predatory behavior from adults on substack. Libs of TikTok wrote, "Previously, Rance was not legally allowed to be around minors but now he can pretzel twist with them in an innocent wrestling coaching session."