Could there be a constitutional right to drink in parks?

Vancouver could soon become the first major Canadian city outside of Quebec to allow drinking in public parks. 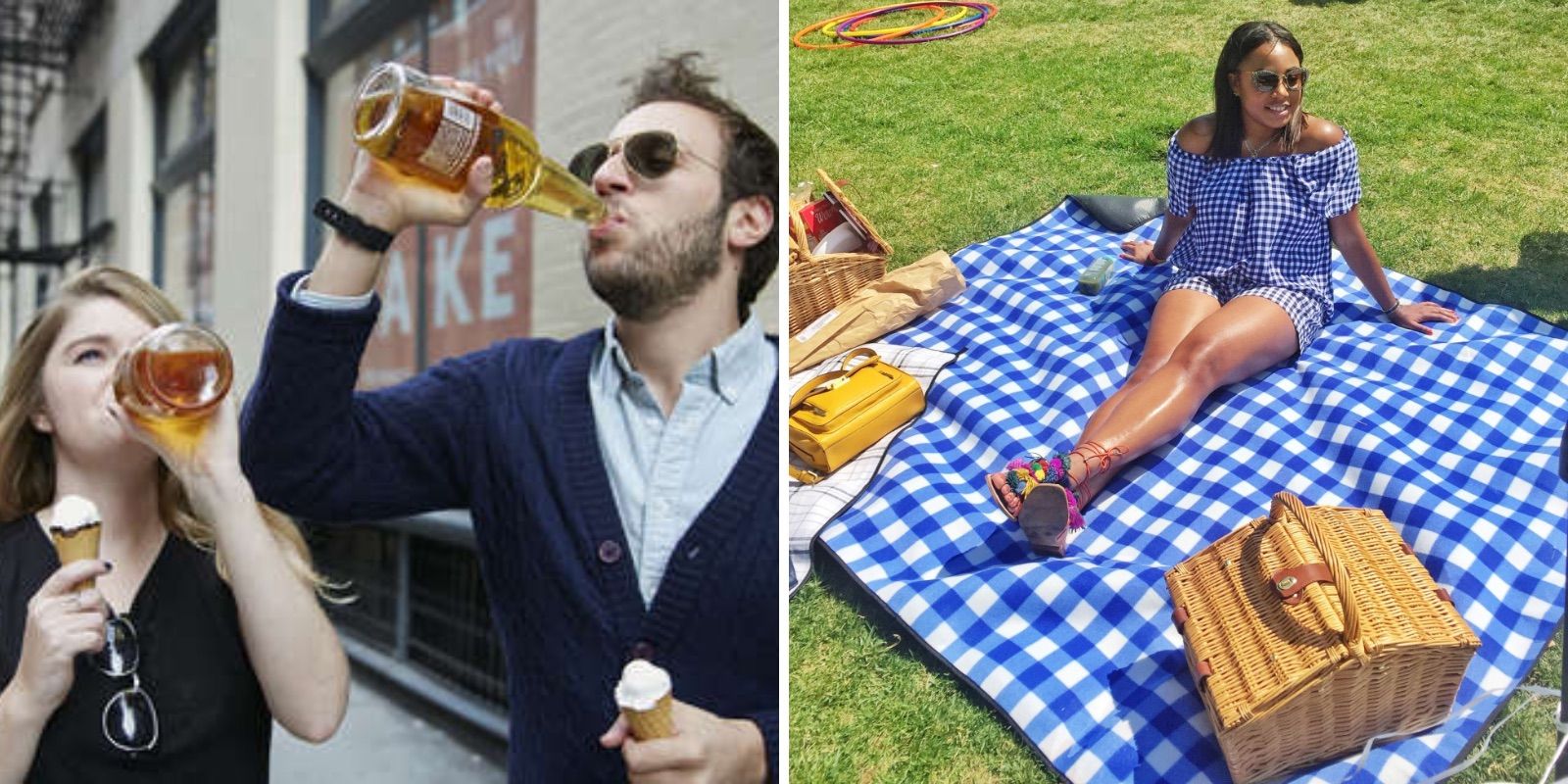 Vancouver could soon become the first major Canadian city outside of Quebec to allow drinking in public parks, after local officials voted in favour of a pilot project that would start in mid-August.

Vancouver is the exception, however. City councillors in most major cities continue to resist calls to relax public drinking rules. Instead of liberalizing its laws, Toronto has just launched a social media campaign and erected billboards threatening $300 fines for cracking a cold one in public.

Toronto criminal lawyer Ryan O'Connor is fed up with these puritanical bylaws. He sees the bans as both a liberty issue and an equity issue, because the bans disproportionately impact poorer people.

"This negatively effects people who don't have large properties, who don't have patios, who can't afford to drink a $10 pint on a patio but who can afford a $2 beer," O'Connor says. "Some people have no air conditioning and nowhere to go but the park to have a drink, and they can't afford to pay those fines."

O'Connor says that outlawing drinking in parks is especially illogical during the COVID-19 pandemic because socializing indoors is significantly riskier than getting together outdoors.

Politicians tend to argue that these bans are justified because drinking in parks might lead to drunk driving. But drunk driving is already punished by criminal laws, so that isn't much of an argument.

O'Connor says the real reason that cracking a cold one in public can cost you dearly is that city councillors are beholden to restaurant owners who stand to lose business if people choose a park picnic over their patios.

Canada's constitution is supposed to protect us from unreasonable infringements on our liberties. Does that include the freedom to drink in public parks? According to O'Connor, the answer is almost certainly no.

One might argue these bylaws violate Section 7 of the Charter of Rights and Freedoms, which states that "everyone has the right to life, liberty and security of the person and the right not to be deprived thereof except in accordance with the principles of fundamental justice." But O'Connor says that's a stretch.

No one's life is at risk from a $300 ticket, so the right to life can't be used to fight the fines.

The right to liberty doesn't help much either. Liberty is often interpreted as the right not to be imprisoned or physically restrained except in accordance with the principles of fundamental justice. Since the penalty for drinking in a park is a mere ticket, this form of liberty isn't threatened.

Another form of liberty is the right to be free from government interference in "inherently private choices" that go to the “"ore of what it means to enjoy individual dignity and independence." The court said in the 2003 case R v. Malmo-Levine that this does not include the choice to "build a lifestyle around the recreational use of marihuana," so liberty probably doesn't include the right to enjoy a fine Niagara Riesling with a picnic at High Park.

If a homeless person received a ticket for drinking in a public park, he might be able to argue that his security of the person had been infringed because without alcohol he'd experience painful withdrawal symptoms, and he simply has nowhere else to drink. He might argue that this infringement is not in accordance with the principle of fundamental justice against overbroad laws because the bylaw is supposedly aimed at preventing drunk driving, and there’s no evidence that homeless alcohol addicts drive drunk, let alone own cars.

You might think you could argue that these bylaws are unconstitutional because drinking in public is a victimless crime, but the Supreme Court made clear in R v. Malmo-Levine that Parliament has the right to punish individuals who aren’t causing any harm to others when its goal is to reduce social harms like an increase in impaired driving.

As long as Parliament shows that the social harm it’s attempting to prevent isn't "insignificant or trivial," then it's usually up to MPs to decide where to draw the line. That's because, according to the court, "Members of Parliament are elected to make these sorts of decisions, and have access to a broader range of information, more points of view, and a more flexible investigative process than courts do."

Like so many unjust laws, the solution here isn't to sue the government while pointing at the constitution. The solution is to convince our elected representatives that bans on drinking in parks are illiberal, inequitable and ought to be repealed.