This decision leaves the company with only one hope to avoid criminal charges – new Attorney General David Lametti. 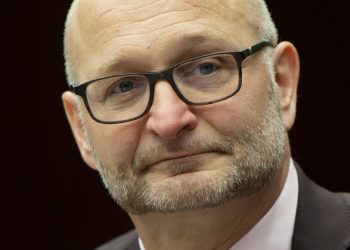 In a blow to the SNC-Lavalin’s quest to attain a remediation agreement for the company’s corruption charges in 2015, a federal court judge has dismissed their request to review the federal prosecutor’s decision to not grant SNC-Lavalin such an agreement.

Federal Court Justice Catherine Kane said in a ruling Friday that “It has no reasonable prospect of success in the context of the law and the governing jurisprudence and taking a realistic view.”

The office of federal prosecution petitioned the Federal Court to dismiss the company’s claim for judicial review. A five hour hearing was conducted on the matter on February 1st by Justice Kane.

This ruling also factors into the scandal the Trudeau Liberals are facing around the issue of alleged “inappropriate pressure” on the former Attorney General, Jody Wilson-Raybould, to overrule the decision of the Director of Public Prosecutions, Kathleen Roussel to not grant SNC-Lavalin a remediation agreement.

Given Justice Kane’s decision, the only way for SNC-Lavalin to avoid facing the full force of the law and attain a remediation agreement, would be for the new Attorney General, Montreal MP David Lametti, to overrule Roussel’s decision.

A remediation agreement would allow SNC-Lavalin to avoid criminal charges and instead require them to pay any required penalties, admit and condemn the wrongdoing, and put in place corrective measures.

Lametti has indicated in the past that this option is still on the table. However, given all that has transpired regarding the relationship between SNC Lavalin and the Trudeau government, such a move would have dire political consequences.

With the ruling now in place, the way is clear for the criminal trial of SNC-Lavalin to proceed. If convicted, on the charges of fraud and bribery in Libya from 2001 to 2011, the company could face a 10 year ban on federal contracts.