A California college professor was charged on Tuesday in connection to a starting a number of blazes in a reported string of arsons in Northern California near the raging Dixie Fire. 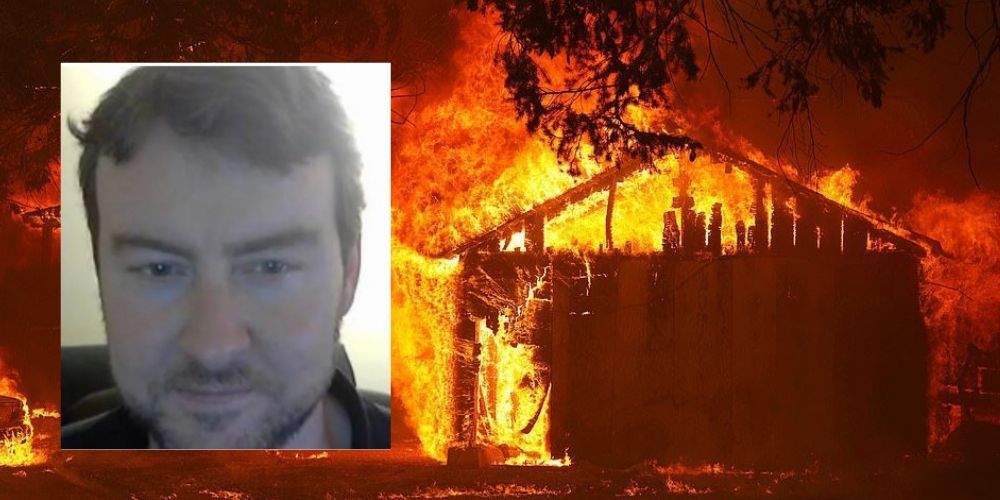 A California college professor was charged on Tuesday in connection to a starting a number of blazes in a reported string of arsons in Northern California near the raging Dixie Fire.

Gary Stephen Maynard, 47, was reported to have worked at colleges like Santa Clara University and Sonoma State University in California as a criminal justice studies lecturer specializing in criminal justice, cults and deviant behavior, according to The Sacramento Bee.

Maynard was arrested on Saturday, and made an appearance Tuesday in federal court in Sacramento. He was charged in a criminal complaint with willfully setting the Ranch Fire in Lassen County and could potentially face up to five years in prison and a $250,000 fine.

Assistant US Attorney Michael Anderson asked that Maynard not be released from custody.

"There are simply no conditions that could be fashioned that could ensure the safety of the public with respect to this defendant," Anderson told US Magistrate Judge Kendall J. Newman.

"Over the course of the last several weeks, Maynard has set a series of fires in the vicinity of the Lassen National Forest and Shasta Trinity National Forest..." wrote Anderson in a detention memo.

"The area in which Maynard chose to set his fires is near the ongoing Dixie fire, a fire which is still not contained despite the deployment and efforts of over 5,000 personnel."

Sonoma State spokeswoman Julia Gonzalez told The Bee that Maynard no longer works with the university.

"He was a part-time lecturer in the Department of Criminology and Criminal Justice," she wrote in an email. "He was employed with Sonoma State University in Fall 2020, but did not have an appointment for Spring 2021."

"Mr. Maynard was contracted to fill in for a faculty member who was on leave. He taught two seminars in Criminology and Criminal Justice Studies in Fall 2020," she added.

Maynard first came to the attention of authorities after the Cascade Fire was reported at 9:45 am on July 20 on the western slopes of Mount Shasta, according to court filings.

According to court papers, mountain bikers who originally reported the fire initially tried to help put it out, containing the fire to about 100 to 200 acres in the Shasta-Trinity National Forest.

Maynard was discovered on Mount Shasta by U.S. Forest Service investigator Brian Murphy, who arrived to find him attempting to free a black Kia Soul from a ditch.

"Murphy introduced himself as an official with the Forest Service and requested the man's name," court papers say. "This man did not come out from under the vehicle and did not identify himself, but instead stayed under the vehicle and mumbled words that (investigator) Murphy could not understand."

"(Investigator) Murphy advised this man that he would like to ask him a few questions. The man quit digging and stood up. ... Murphy began to ask questions about the nearby fire to which this man responded that he did not know anything about any fires," the papers continues.

Maynard asked Murphy to assist in towing his vehicle out of the ditch, but Murphy replied that he could not help. Maynard became "uncooperative and agitated" and returned to the underside of the Kia, court papers say.

A witness in a second vehicle parked nearby later told authorities that the Kia driver seemed angry, and had at one point displayed a large knife and was "mumbling a lot and having bipolar-like behavior," said an affidavit from US Forest Service Special Agent Tyler Bolen.

Another fire ignited on Mount Shasta the next day at around 2:50 am near the Everitt Memorial Highway, where court documents state that investigators later found tire tracks similar to those made by the Kia.

Investigators tracked Maynard's address to San Jose, where police had previously responded to a call in October 2020 where according to court documents, a concerned colleague called "with concerns about their colleague, Maynard, who worked as a professor at Santa Clara University."

Police tracked Maynards movements, tracking his vehicle after obtaining a warrant, finding that he was in the area where the Ranch Fire and Conrad Fire erupted Saturday in the Lassen National Forest.

"It appeared that Maynard was in the midst of an arson-setting spree," said court papers.

Maynard was arrested on Saturday inside an emergency closure area.

Maynard denied setting any fires, at one point getting angry once being booked into the Lassen County Jail.

"I'm going to kill you, f*cking pig!" Maynard yelled, according to court documents. "I told those f*cking I didn't start any of those fires!"