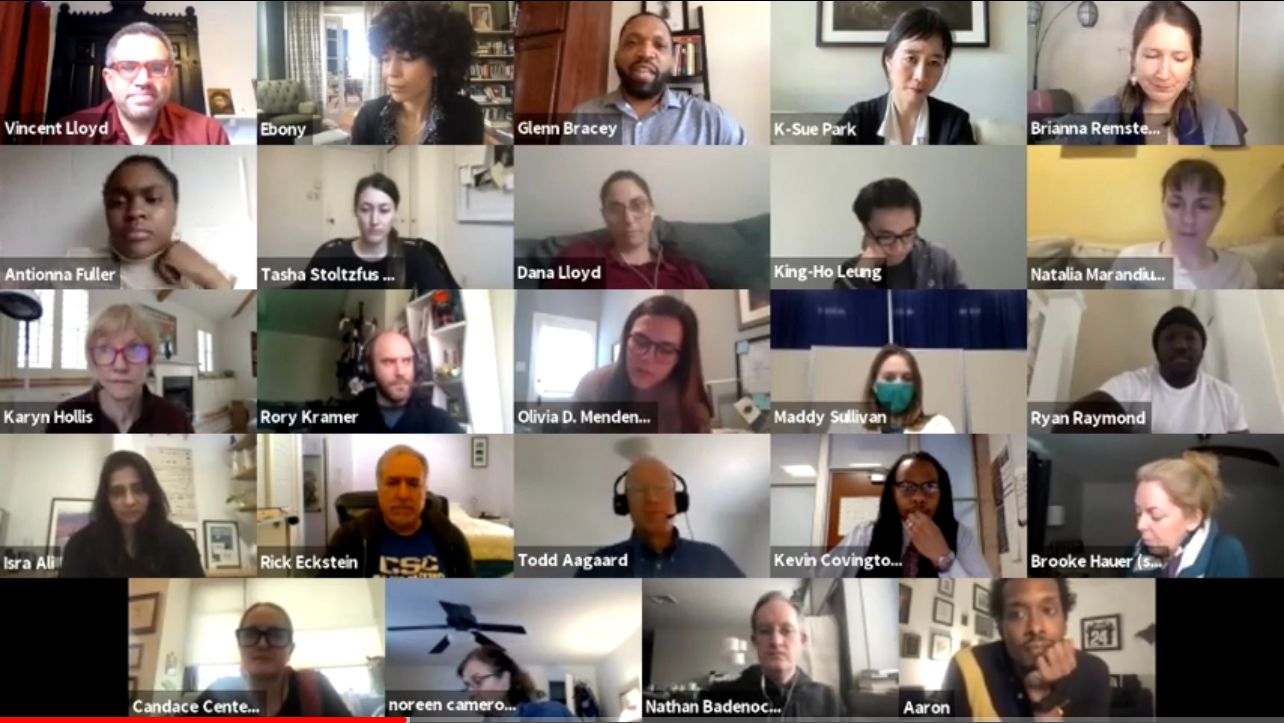 "The Marxist foundation of critical race theory is, at base, a spiritual concern," Bracey said.

Critical race theory has emerged from academia and taken over public discourse. Bracey defined it as "critique of how race shapes and is shaped by the law." This, he said, is "in terms of legal jurisprudence, legislation, law school pedagogy and enforcement of the law. It's a look at how law racializes every aspect of our lives, from constructing racial categories themselves, to defining what each racial category means, defining rights and privileges attached to it. It motivates racialized performance at work, it limits our practicable rights in terms of reproduction, and immigration and education, and activism which is a very big deal today."

Bracey said that critical race theory has six basic tenets, and they are:

In fact, Trump got much of his original intel on critical race theory from investigative journalist Christopher Rufo, who broke the story last summer about Sandia Labs, America's top nuclear R&D facility, running workshops to teach white men about their purported privilege.

For Bracey, the biggest opponent of critical race theory is Christianity. In order to combat that, he said that "it's important for us to—given the power, frankly, of the church, to move politics, given its funding, given how so many people come to the academy first with the church as a large backdrop in their lives, that it's important that we, as critical race theorists, be able to speak to them on their terms."

Bracey goes on to define critical race theory's relationship to Marx as something of a spiritual construct itself. His reasoning is that Marx was concerned with alienation, was concerned with modern culture deadening humanity, and that critical race theory, because it is founded in Marxism with Marx's concerns, is therefore a spiritual undertaking.

"The core question of critical race theory is one of releasing people—especially people of color—especially black people—from the oppressive systems that deny us access to our species being, including racism. It's Marxism, my point being, critical race theory is Marxism, is fundamentally a spiritual concern, and it's the same spiritual concern that evangelical Christians have, in that they believe that all people are made in the imago Dei, the image of God," Bracey said.

"The church and critical race theory actually have the same purpose with respect to Marxist origins even though evangelicals don't seem to recognize it." Bracey goes on to incorrectly use the New Testament to justify the raising up of the oppressed to become the oppressor. He said, using a few verses from Corinthians, that "the marginalized voices are those that are supposed to be privileged in the church," and that this is the same argument that critical race theory and intersectionality make.