On Twitter Friday, US Senator Ted Cruz showcased the struggles facing the US southern border during the current migrant surge overwhelming federal facilities. 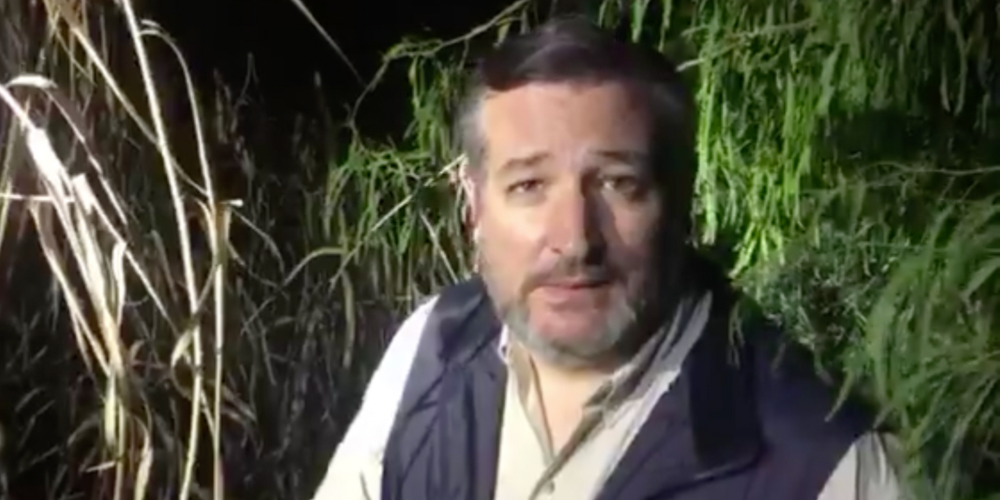 On Twitter Friday, US Senator Ted Cruz showcased the struggles facing the US southern border during the current migrant surge overwhelming federal facilities.

Cruz traveled down to the southern border with 18 other US Senators to tour facilities  and to "see the crisis that’s playing out." In one video posted to his twitter just after midnight Friday, Cruz describes scenes of mothers and their infants inside overrun detention centers.

"We’ve already gone to detention facilities that are overrun. Many of them with families, small children. We saw multiple mothers who were nursing infant babies who had just crossed over and were being housed in outdoor holding pens where they were sleeping on the floor and nursing their babies," said Cruz.

"The other side of the river we have been listening to and seeing cartel members, human traffickers, right on the other side of the river waving flashlights, yelling and taunting Americans, taunting the border control because they know that under the current policy of the Biden Administration they can flood over here. They’re getting paid $4,000 to $5,000 a person to smuggle them into this country and our policies, when they smuggle them in, the Biden Administration releases them," Cruz said.

"Last month 100,000 people came across the border illegally. We have 15,000 kids in federal government custody. This is a humanitarian crisis. It’s a public health crisis. The illegal immigrants that get released they’re testing positive for covid-19 at a seven times higher rate than the American population. And it’s a national security crisis. And it’s time for the Biden Administration to put an end to it and stop sanctioning lawless chairs on our southern border," he continues.

Photos posted to Cruz’s twitter during their visit touched upon the skyrocketing problem of drugs coming across the border. In one photo citing US Customs and Border Protection numbers, total seizures of Fentanyl is up 2,067 percent in Fiscal Year 2021. Cochin is up 187 percent.

Another photo showcases pelleted with cavities carved into them used to smuggle drugs over the border. Cruz also posted a photo displaying Methamphetamine that was confiscated after inspection found 49 packages hidden in the floor. One package was 1.09kg of Heroine while the remaining 48 contained 148kg of Methamphetamine.

At President Joe Biden’s first press conference Thursday, Biden told reporters "I guess I should be flattered people are coming because I’m the nice guy, that’s the reason why its happening.... truth of the matter is nothing has changed. As many people came, [a] 28 percent increase in children to the border in my administration, 31 percent in 2019 before the pandemic in the Trump Administration.

"It happens every single solitary year. There is a significant increase in the encumber of people coming to the border in the winter months of January, February, March... Does anybody suggest that there was a 31 percent increase under Trump because they were a nice guy? That's not the reason they're coming," in response to questioning about the border crisis.