A blockade has been set up at an Edmonton railway from a new group, the self-proclaimed “Cuzzins of Wetsuweten.” Extinction Rebellion has promoted them. 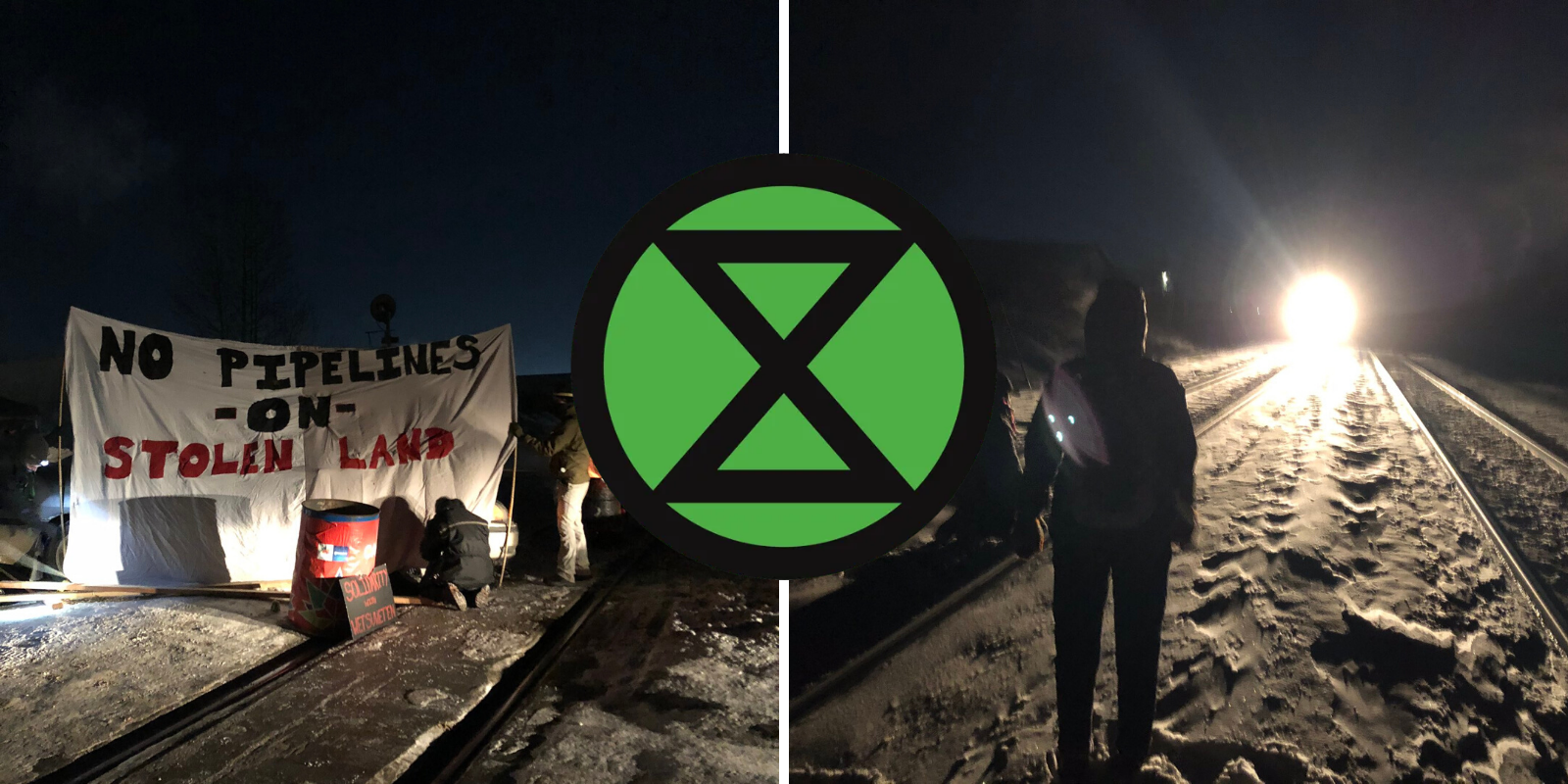 A blockade has been set up at an Edmonton railway from a new environmental radical group, the self-proclaimed “Cuzzins of Wetsuweten.”

The protestors, roughly two dozen in size, say they set up on the railway in support of anti-pipeline Wet’suwet’en peoples.

The group was spotted setting up at roughly 4 a.m. MST, setting up a blockade made up of wooden pallets, a vehicle, tents, and several foot soldiers. One member of the group confirmed that they called CN Railway before setting up their blockade.

The group says they do not plan on leaving until their demands are met.

According to CTV, the group did manage to stop a train from progressing, eventually slamming on its brakes and retreating.

One spokesperson who spoke with CTV who went by the name “Poundmaker,” told reporters, “Our focus is to get Coastal GasLink to respect Wet’suwet’en law and remove themselves from their territory along with the royal colonial mountain police. were planning on staying here until those demands are met… as soon as that happens, we’re out of here.”

No Royal Canadian Mounted Police have reported to the scene.

Minister Doug Schweitzer posted on Twitter in response to the Cuzzins of Wetsuweten protests, calling the blocking of economic infrastructure “an offence [that] will not be tolerated.”

Minister Schweitzer also said in the tweet that the CN Rail is “seeking an emergency injunction this morning, which the Government of Alberta fully supports.”

Though it’s unclear who exactly is behind the Cuzzins of Wet’suwet’en group, there was a post from Extinction Rebellion Edmonton promoting the group. That group’s Twitter account was only opened in February of 2020.