"File this one under 'not qualified to be Energy Secretary,'" Crenshaw quipped. 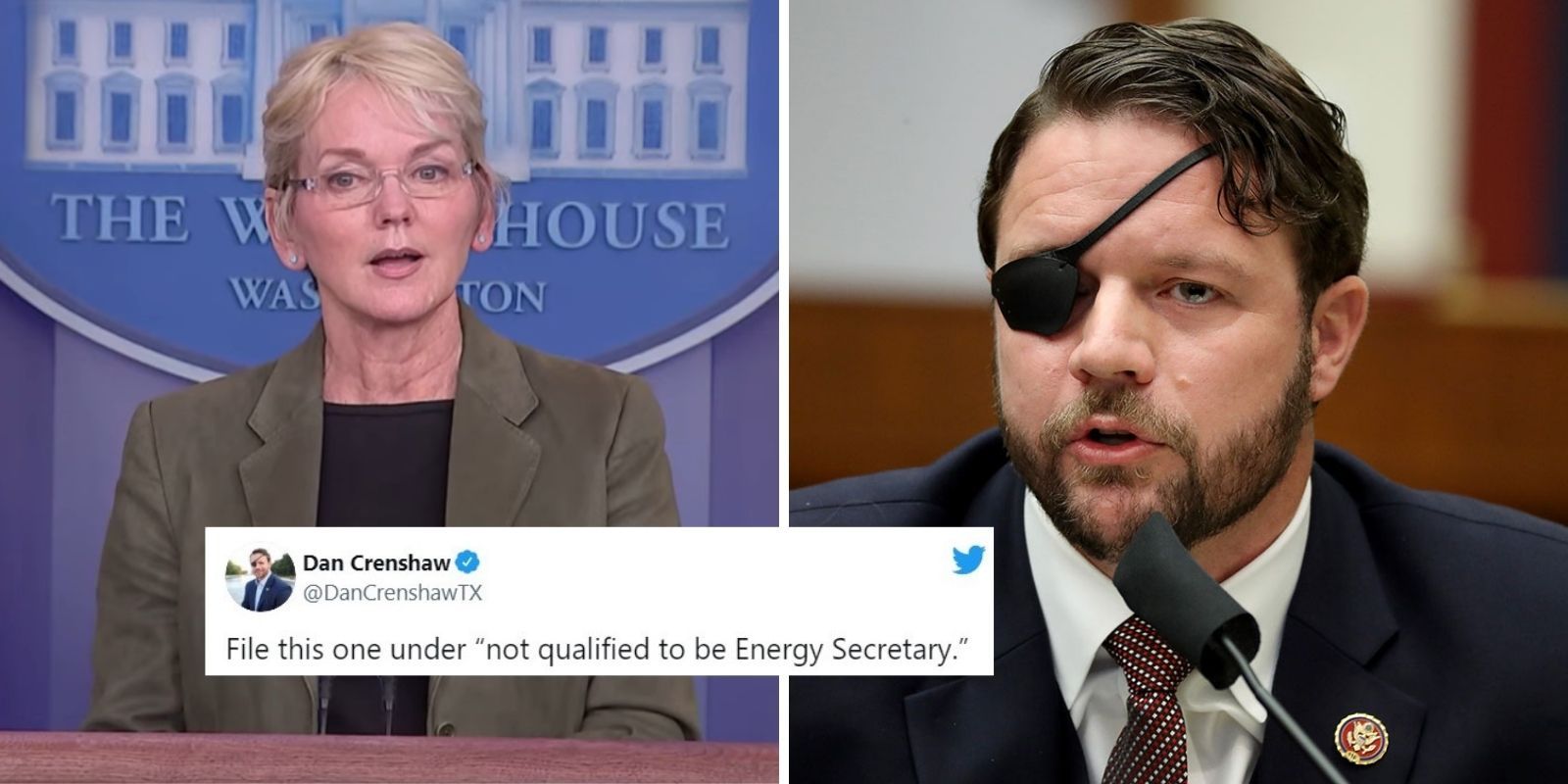 During a White House briefing on Tuesday, the Biden administration's Energy Secretary Jennifer Granholm was stumped by a question regarding American oil usage. Rep. Dan Crenshaw (R-TX) then slammed Granholm's inabilty to answer.

"There are various figures about this. I'm curious if you know. How many barrels of oil does the US consume per day?" one reporter asked Granholm.

"I don't have that number in front of me," Granholm responded.

"Some suggest its about 18 million, which would suggest you're releasing less than three days worth of supply from the petroleum reserve," the reporter pointed out.

The question came after President Joe Biden announced plans to release 50 million barrels of oil from America's Strategic Petroleum Reserve in an attempt to help bring down soaring gas prices.

"File this one under 'not qualified to be Energy Secretary,'" Crenshaw reacted Tuesday to the viral clip on Twitter.

According to The Federalist, Biden's choice to release these barrels come with no emergency attached, which usually happens.

"In 2005, President George W. Bush released 11 million barrels in the aftermath of Hurricane Katrina, 14 years after his father released 17 million during the first Gulf War. The Trump administration tapped into the reserves in 2017 to release 5 million barrels after Hurricane Harvey devastated southeast Texas," wrote The Federalist.

According to the US Energy Information Administration, which is run by Granholm's department, the US uses an average of just over 18 million barrels of oil per day, backing the reporter's claims, and concerns regarding how far those 50 million barrels will go.

"Biden's use of reserves, however, comes at no such emergency. Instead, Biden is using the reserves as a political tool to alleviate the pain of his own making, where the price of oil has eclipsed $80 per barrel for the first time in nearly a decade. Prices, however, often exceeded $80 per barrel when Biden was vice president under President Obama," The Federalist continued.

Crenshaw has previously blasted Granholm for comments about the sector she oversees. Earlier this month, Granholm laughed when asked about the administration's plan to increase oil production in America.

She insisted the oil market was controlled by OPEC, and out of her hands, but Crenshaw called Granholm "a joke" and "a liar," according to The Daily Wire.