Suzuki said that "there are going to be pipelines blowing up if our leaders don’t pay attention to what’s going on." 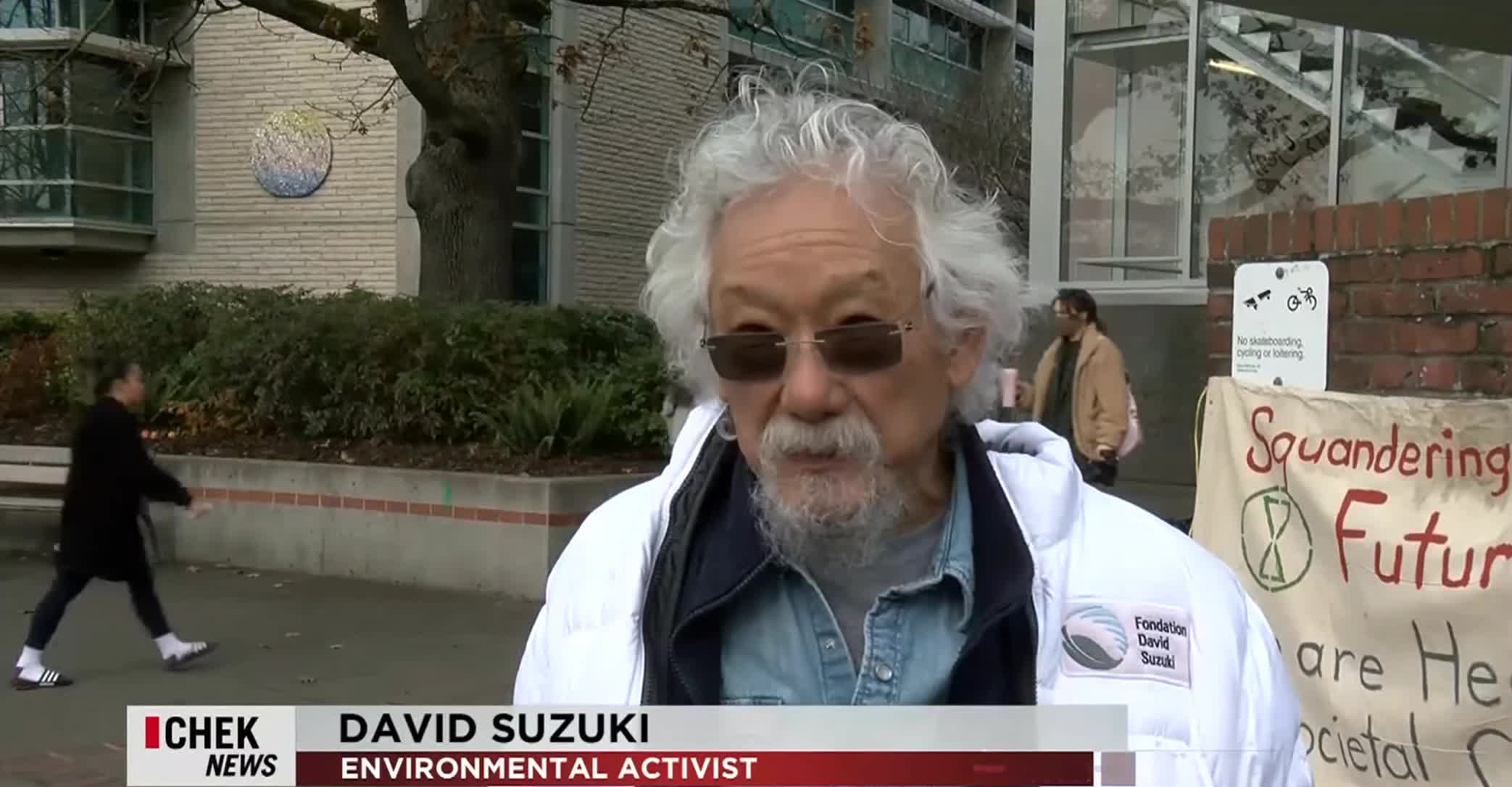 David Suzuki has said that he doesn't regret his remarks about blowing up pipelines, according to Chek News.

At an Extinction Rebellion protest on Saturday, Suzuki said that "there are going to be pipelines blowing up if our leaders don’t pay attention to what’s going on."

Suzuki's comments made a stir on social media. Many commentators suggested that Suzuki was ostensibly accepting violence and even encouraging it.

BC's Public Safety Minister, for instance, said that he thought "statements like that are not helpful. I think that’s just not helpful at all."

"Have a climate action plan. That’s the way forward, that’s the way we’re going to address climate change. Not by making statements that alarm people or cause concern," he added.

Suzuki later clarified his remarks, also saying that any allegations about him inciting violence were "absurd."

Suzuki made these comments during an Extinction Rebellion protest in Vancouver Island, BC. The protest was called Funeral for the Future. This took place in Victoria which is the province's capital.

"I saw the power of civil disobedience," said Suzuki. "People in Extinction Rebellion are saying we’re headed in a direction of extinction and we’re rebelling against it. That’s why I’m here."

Hundreds of protestors gathered outside the provincial legislature building where they pleaded with the NDP government and other politicians.

"It is now the age of consequences. We need action. We need a declaration of a climate emergency by this NDP government and we need them to begin to act with the reality of that emergency," said one activist.

"We need changes in policy, no more investment in fossil fuel infrastructure," they added.

This protest came in the wake of severe flooding in the province, which disconnected the lower mainland from the rest of Canada. This was as a result of the destruction of vital infrastructure.