"What's the point of going to trial here if there are no defenses?" asked David Schoen, Bannon's attorney, after the hearing. 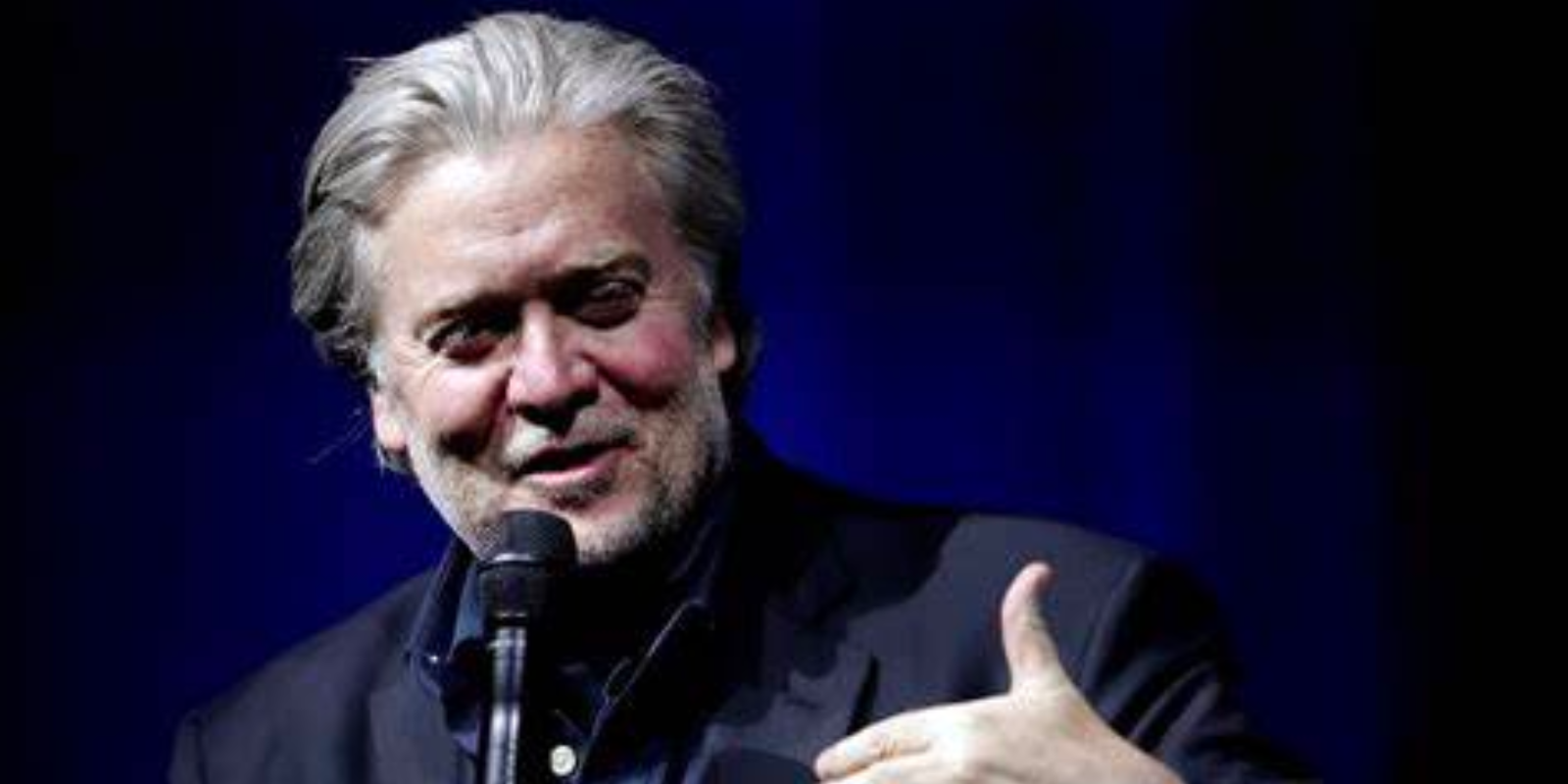 Steve Bannon in June asked for a delay in the contempt of Congress trial set to begin next week, but a judge denied that request, along with any real chance of Bannon offering a defense. The trial, which has been referred to as "banana republic behavior," is set to start on July 18.

"What's the point of going to trial here if there are no defenses?" asked David Schoen, Bannon's attorney, after the hearing.

The delay was requested by Bannon's attorneys, stating that "It would be impossible to guarantee Mr. Bannon a fair trial in the middle of much-publicized Select Committee hearings which purport to broadcast investigative 'findings' on topics that are referenced in the indictment."

What Nichols will allow Bannon to present in his defense is far less than he disallowed, saying that Bannon, essentially, could provide evidence that he didn't know the deadlines to respond to the Congressional subpoena.

Judge Carl Nichols, who was appointed by Trump, rejected Bannon's request to subpoena records and testimony from House Speaker Nancy Pelosi, and members of the January 6 Committee, chaired by Bennie Thompson.

Nichols said that Bannon also would be prevented from introducing evidence that other of Trump's aides were not charged with contempt.

Additional defenses were also limited by the judge, who said that Bannon could not challenge the make-up of the committee itself, nor state that the DOJ was countermanding its own policies by launching the charges against him.

Nichols also said that Bannon could not argue, in his defense, that he was following the advice of his attorneys, either in refusing to comply with the House subpoena, issued in September 2021. He surrendered to the FBI a few months later, facing contempt of Congress charges.

Schoen said during the hearing that there were a number of pre-trial matters that need to be addressed prior to trial, and has concerns that there would not be enough time to do so without a delay of trial.

The trial is moving forward despite the fact that Bannon, released by the invocation of executive privilege by former President Donald Trump, has now agreed to publicly testify before the committee.

Nichols sided with the Department of Justice, saying that the burden of evidence for the Merrick Garland-led agency is that they "need only to show that 'wilfully' in the contempt of Congress case that Bannon deliberately and intentionally failed to respond to Jan. 6 committee subpoena," according to the Guardian's Hugo Lowell. Bannon, in June, dared Garland to indict Trump.

The Department of Justice seems intent on their mission to prosecute and punish Bannon. Overnight, they released a court filing that said that "The Defendant’s last-minute efforts to testify, almost nine months after his default—he has still made no effort to produce records—are irrelevant to whether he willfully refused to comply in October 2021 with the Select Committee’s subpoena. Any evidence or argument relating to his eleventh-hour efforts should, therefore, be excluded at trial."

"The criminal contempt statute is not intended to procure compliance; it is intended to punish past noncompliance," the filing read.

"The Defendant’s purported desire to testify now does not erase his past contempt. Evidence of it is thus irrelevant to the charged offenses and should be excluded," the DOJ wrote, citing Federal Rules of Evidence 401 & 402.

The DOJ claims that Bannon is still not in compliance with the subpoena, saying that "the Defendant apparently has not told the Committee he wishes to provide documents responsive to the subpoena, so his eleventh-hour efforts do nothing to begin to cure his failure to produce records.2 Instead, his continued failure to comply with the subpoena’s document demand while claiming he now will testify suggests his actions are little more than an attempt to change the optics of his contempt on the eve of trial, not an actual effort at compliance."

Further, they stay that the only reason Bannon is now saying he will testify is to avoid a trial for contempt of Congress, or what they term the "consequences of his decision to default.

The DOJ said that Trump never actually invoked executive privilege either, despite Trump having revoked same over the weekend. "Even the Defendant’s claim that the reason he is now willing to testify is because the former President is 'waiving' executive privilege is subject to question given all of the evidence and law that has been addressed in this case, of which he must be aware, demonstrating that executive privilege never provided a basis for total non-compliance in the first place," the DOJ claimed.

In conclusion, the DOJ stated that "the Defendant’s sudden wish to testify is not a genuine effort to meet his obligations but a last-ditch attempt to avoid accountability," and they argue that the evidence Schoen wished to present in Bannon's defense, which was denied by Nichols, "should be excluded at trial."