Starting May 29, 2020, and continuing for at least six days, there were constant riots, fires, and looting DC, and that's only the beginning of last summer. 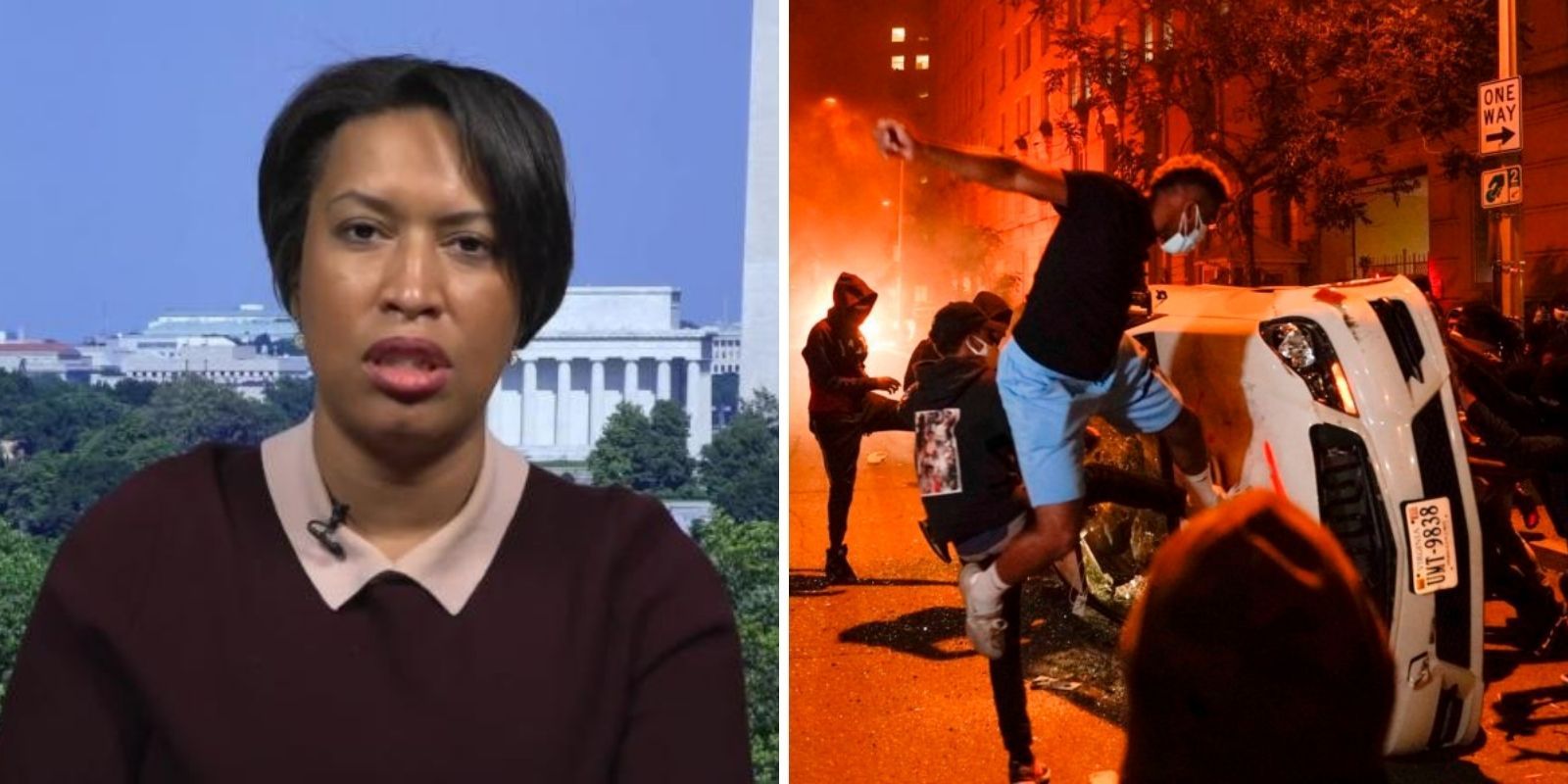 Washington DC Mayor Muriel Bowser has falsely claimed that there was only "one night of rioting" in the district last summer. Starting May 29, 2020, and continuing for at least six days, there were constant riots, fires, and looting DC, and that's only the beginning of last summer.

She made this claim while attempting to sidestep Wisconsin Sen. Ron Johnson's questions on the matter.

It only takes a few moments to easily disprove Bowser's claim of "one night of rioting." Thousands of federal officers were deployed and the mayor issued a curfew for June 1 to June 3. Here's a short list of DC riots that occurred under Bowser's watch:

May 29, 2020: Several Secret Service officers were injured including broken bones as rioters attacked them with stones and other objects outside the White House. At least six people were arrested and Attorney General William Barr later stated that the May 29 protests "were so bad that the Secret Service recommended that the President go down to the bunker."

May 30, 2020: Things only got worst on May 30 of last year. DC Chief of Police Peter Newsham said that the Metropolitan Police Department had arrested 17 people Saturday night and that 11 MPD officers were injured during the protests, along with 60 Secret Service agents throughout the weekend. The morning after the riot, Bowser told NBC's "Meet the Press" that "We saw a level of just destruction and mayhem among some that was maddening."

Hundreds of police and National Guardsmen were deployed to help stop the lawlessness and 18 people were arrested. It was this day that rioters set fire to St. John's church which is over 200 years old.

June 1, 2020: Bowser set a curfew of 7 p.m. for the next two days after non-stop rioting over the weekend. It was June 1 when police clashed with rioters in Lafayette Park after it was decided to move the perimeter back to better secure government buildings. The media falsely reported that the park was cleared out for an impromptu President Donald Trump photo-op.

June 2, 2020: Protests continue however Attorney General William Barr announced that he would "flood the zone" in DC. The deployment involved at least 5,800 troops, agents, and officers to help end the violence. No arrests for rioting were reported on June 2; however, a 7 p.m. curfew remained in place.

June 19, 2020: In celebration of "Juneteeth," rioters vandalized many sights across including destroying a statue of 19th century statesman Albert Pike.

June 23, 2020: Rioters attempted to topple the 180-year-old statue of Andrew Jackson in Lafayette Square. Police were forced to use batons and pepper spray to disperse the crowd. Rioters also said that they were creating an "autonomous zone" similar to CHAZ in Seattle. Rioters can be seen using Antifa tactics including gas masks and umbrellas. Rioters attempted to start fires and caused other property damage.

August 28, 2020: Rioters took to the street after a peaceful "March on Washington" event. Sen. Ran Paul was surrounded by a violent mob and police officers were assaulted as the Republican senator attempted to leave the Republican National Convention.

In all, DC was under curfew from May 31 to June 3, hundreds of officers were injured and in all likelihood millions of dollars of property was damaged. Dozens were arrested on felony rioting charges over the course of serval days. So in conclusion, no there was not "one night of rioting" in DC last summer.