"But I also want to reflect on the really heroic actions of the officers at the scene. They literally ran towards the danger, into the car, where there was an active shooting situation going on," said Tucson Police Chief Chris Magnus. 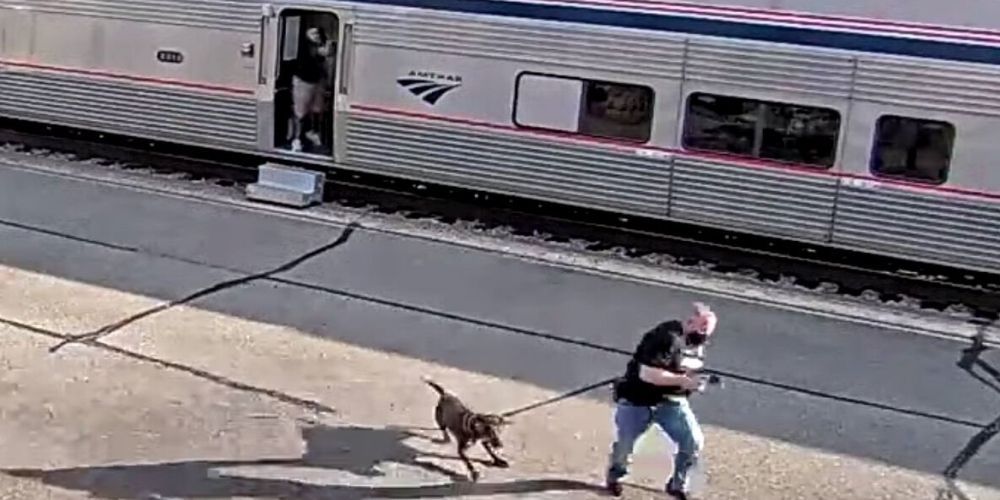 On Monday, a Drug Enforcement Administration special agent was killed while doing a routine inspection for illegal contraband on an Amtrak train in Tucson, Arizona, after a passenger opened fire.

Officers were reportedly in the middle of detaining a man on the top level of a double-decker train car when a second man pulled out a handgun and began to fire off shots. Magnus said that the man exchanged several rounds with police, then proceeded to barricade himself in the lower level bathroom of the train car.

That man was later found dead in the bathroom. The other suspect has been arrested. The shooting resulted in one DEA agent being killed with the other being injured. Magnus praised Tucson police for getting the injured DEA agent out of the train car and to the hospital in the back of a cop car.

The Tucson Police officer injured in the incident was on the train platform when he heard shooting. He was shot when he ran into the car to help.

There were around a dozen other passengers in the car at the onset of the incident.

"I just think it's kind of incredible here there weren't other people who were hurt, even though we're completely so saddened by the loss of the officer," Magnus said.

Amtrak spokesman Jason Abrams also confirmed there were no reported injuries to the crew or passengers. The Tucson Police Department told The Arizona Republic that the FBI has taken over the investigation.

"It's very horrific and we're all just coming to terms with just how terrible a loss this is," Magnus said. "But I also want to reflect on the really heroic actions of the officers at the scene. They literally ran towards the danger, into the car, where there was an active shooting situation going on."

Tucson Mayor Regina Romero expressed her sympathy towards the family of the deceased DEA agent. "The shooting that took place this morning at our downtown train station was an absolutely shocking act of violence. I ask all Tucsonans to join me in praying for the deceased DEA officer and for the swift recovery of the law enforcement officers who were injured," wrote Romero on Twitter. She ordered all flags to be flown at half staff in honor of the deceased and injured.

Arizona Governor Doug Ducey also extended his heartfelt condolences to the family and friends of the deceased DEA agent.

"My heartfelt condolences are with the loved ones and colleagues of the DEA agent who lost his life today in Tucson. Two other law enforcement officers are injured in the hospital. Our prayers are with them, their families and the law enforcement community," wrote Ducey on Twitter early Monday evening.