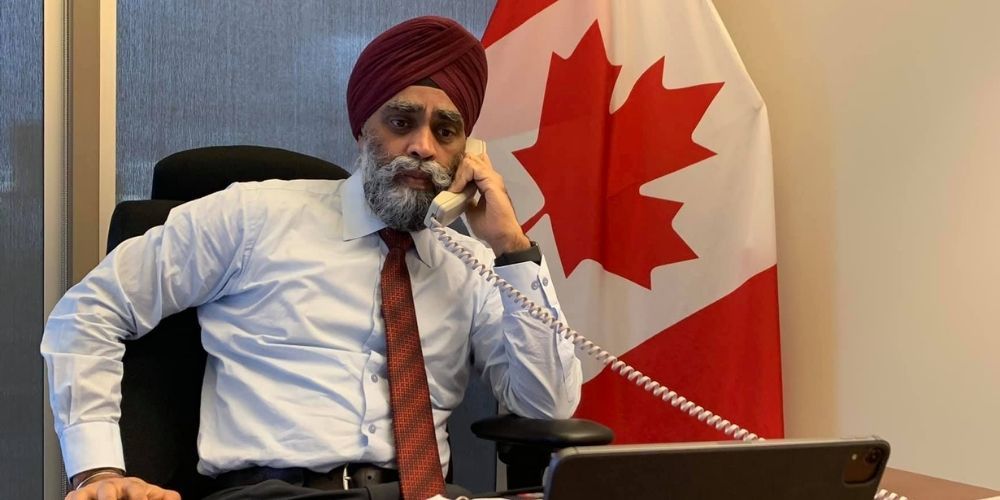 Defence Minister Harjit Sajjan committed to evacuating Canadian and Afghan nationals on Wednesday, essential to its mission in the country.

"Canadian Armed Forces flights to and from Hamid Karzai International Airport will resume shortly under Op AEGIS," wrote Sajjan over Twitter. "Two CC-177 Globemasters have been assigned to evacuation efforts and will be flying regularly into Kabul."

"Our ongoing work to bring Afghans to safety in Canada under SIMs remains a top priority, and we will continue to work in close collaboration with partners in Afghanistan and allies on this commitment," he said.

Sajjan assured Canadians that these flights would continue "as long as the security situation on the ground permits." He added, "They will focus on evacuating Canadians and Afghan nationals who have an enduring relationship with Canada’s mission in Afghanistan."

Before the writ dropped on Sunday, Trudeau commented on the escalating situation in Afghanistan, stating: "We've constantly been monitoring the rapidly evolving situation… and I've been briefed by officials earlier this morning to get the latest developments on the ground."

He, too, assured Canadians that the safety and security of Canadian personnel was his government's top priority.

"The current situation poses serious challenges to our ability to ensure the safety and security of our mission," said Trudeau, "So, as of this morning, Canadian diplomats and personnel are on their way back to Canada."

Sajjan reiterated Trudeau's comments from Sunday over Twitter. "Along with Marco Mendicino and Marc Garneau, I am continuing to work with our Canadian Forces to help bring Afghan nationals who supported Canada in Afghanistan to safety. This is my absolute priority, and we are in constant contact with our allies on this urgent matter."

Foreign Affairs Minister Marc Garneau bewildered Canadians by being noncommittal in whether his government would recognize the Taliban as the official government of Afghanistan.

Conservative leader Erin O'Toole denounced the Taliban and clarified that a Conservative government would not recognize them as the nation's government.

Trudeau had to walk back his minister's comments and said his government would not recognize the Taliban.

"Canada firmly condemns the escalating violence. We are heartbroken at the situation the Afghan people find themselves in today," said Trudeau on Sunday. "This is especially so, given the sacrifices that Canadians who believe and continue to believe in the future of Afghanistan."

"Our commitment to the people of Afghanistan, including women and girls, and the LGBTQ2S+ communities, remains unwavering," and "we will honour the sacrifices of Canadians, our armed forces, diplomats, journalists, and civil society have made over the past years."

"We are committed to Afghanistan and the Afghan people."