Matt Innis was arrested for trespassing. As he was put into a police car, Fanchon Blythe was told that she had to leave as well, or face trespassing charges. 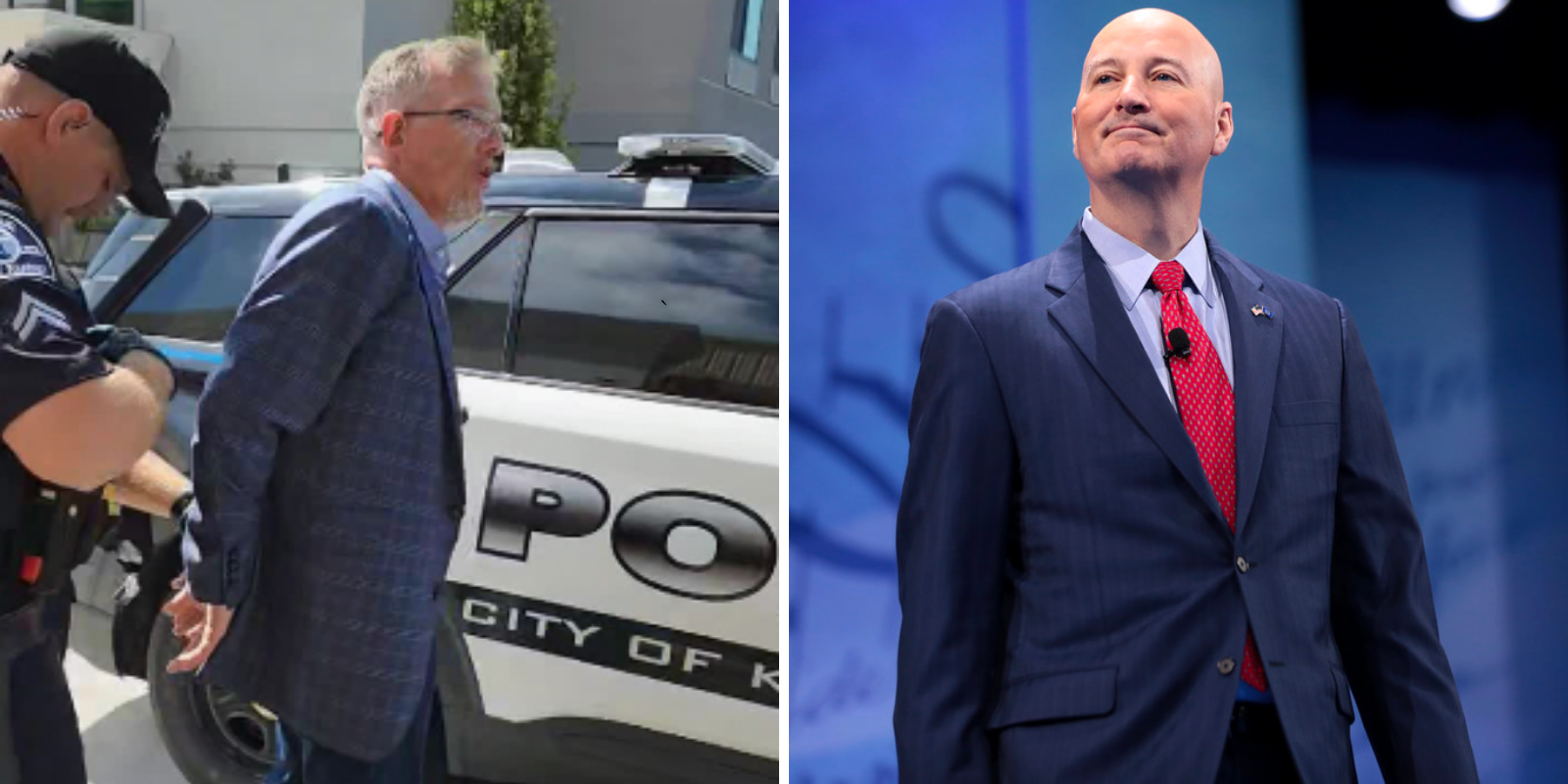 Elected GOP delegate Matt Innis to the Nebraska Republican Convention in Kearney, Neb. this weekend has been arrested after attempting to attend despite having had his credentials revoked by the party. Innis ran against Senator Ben Sasse in the Nebraska GOP senate primary in 2020.

Innis was arrested as he attempted to enter the building where the convention was taking place. It was reported via cell phone video of the arrest that as Innis tried to walk around security, he was "tackled" and barred from entry.

Innis said a man pushed him and so he "pushed him back," not knowing who he was. "Then everybody jumps on me," he said, noting that none of the officers identified themselves. He was arrested for trespassing. As he was put into a police car, Fanchon Blythe was told that she had to leave as well, or face trespassing charges.

Blythe, of Lancaster County, was one of those whose credentials were revoked by the Nebraska GOP, though she is an office holder in the state. Per the Nebraska constitution, Blythe said, office holders must be allowed to be seated at a convention.

The state GOP said that Blythe had endorsed a non-Republican for office, but what Blythe actually did was express interest in learning more about a candidate for office, Dave Wright. Fanchon Blythe was told she would be arrested for trespassing if she didn't leave, and she left the property.

After being told not to come, Innis vowed to go to the convention anyway. As a result he was arrested on an assault charge as well as for trespassing. The reason he was told not to come was, as stated by the Nebraska GOP, was due to his "vocal criticism of Governor Ricketts, the top Republican elected official in the state and leader of our party."

Prior to the convention, 6 delegates, including Innis, were sent letters instructing them that their credentials had been revoked. Among the reasons given by the Governor Pete Ricketts-led Nebraska GOP were opposition to that governor, to candidates he supports, and to his stranglehold on the local party.

The arrest occurred as the convention was credentialing delegates, and these 6 were not among them.

After the arrest, Blythe told The Post Millennial, Chair of the Nebraska GOP credentialing committee Pam Dingman, who signed off on the letters to revoke credentials, said that they would consider credentialing the delegates, including Innis and Blythe. According to Blythe, there was broad support among attendees for this. Dingman, however, also said that alternates should be selected.