Video of the child had been posted to the brewery’s Instagram story, showing a young child, dressed in a purple wig, rainbow dress, and cape, dancing in front of a crowd of adults. 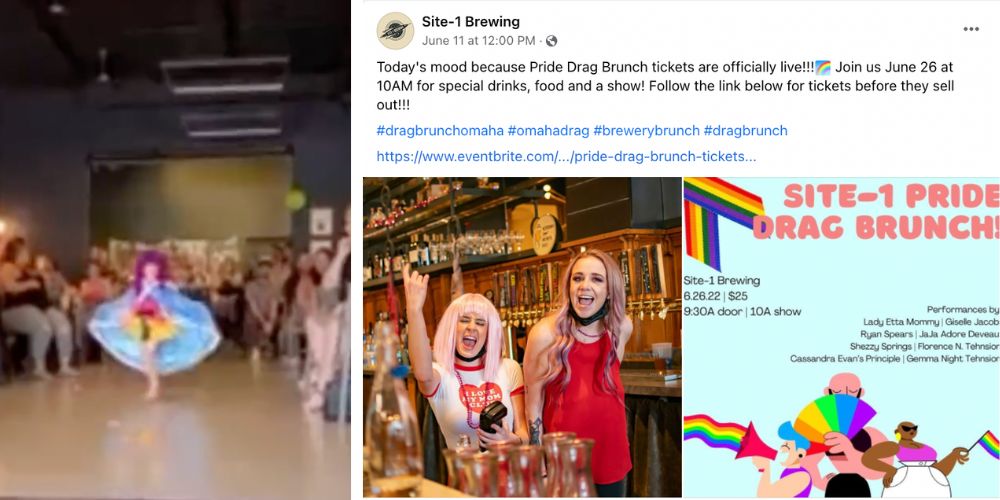 On Sunday, Site-1 Brewing in Omaha, Nebraska held a drag brunch event in honor of Pride Month, which featured amongst its adult guests a child drag performer.

Video of the child had been posted to the brewery’s Instagram story, showing a young child, dressed in a purple wig, rainbow dress, and cape, dancing in front of a crowd of adults.

The child dropped their cape to the ground, and began jumping and dancing around, before dropping to the floor.

The event also sold out of tickets six days before the date of the drag brunch.

The event’s location, Site-1 Brewing, asks for verification that you are over the age of 21 before entering their website.

As Pride Month nears its end, this drag brunch showcasing a child is just the latest in a string of events featuring young performers.

In Dallas at the beginning of the month, children were seen walking the runway alongside drag queens in provocative outfits at the bar Mr. Misster for an event called "Drag the Kids to Pride."

The location had neon signs on the wall, one of which stated, "it’s not gonna lick itself." Children were seen on video giving the adult drag performers money.

On June 13, OKC Pride Alliance in Oklahoma City put out a post on Facebook in search of youth performers for Pride.

The month has also featured a number of drag events aimed at families, including story hours and performances in parks.

Over the weekend, a park in Illinois hosted a "family-friendly party in the park celebrating LGBTQ Pride" with performer "Holly Hazmat" being billed as a performance for children.

This drag performer has been seen in costumes where nothing more than genitalia is covered.