The Oklahoma City Pride Alliance posted on their Facebook page looking for children as young as thirteen to perform as drag queens, dancers, and more at an upcoming pride event. 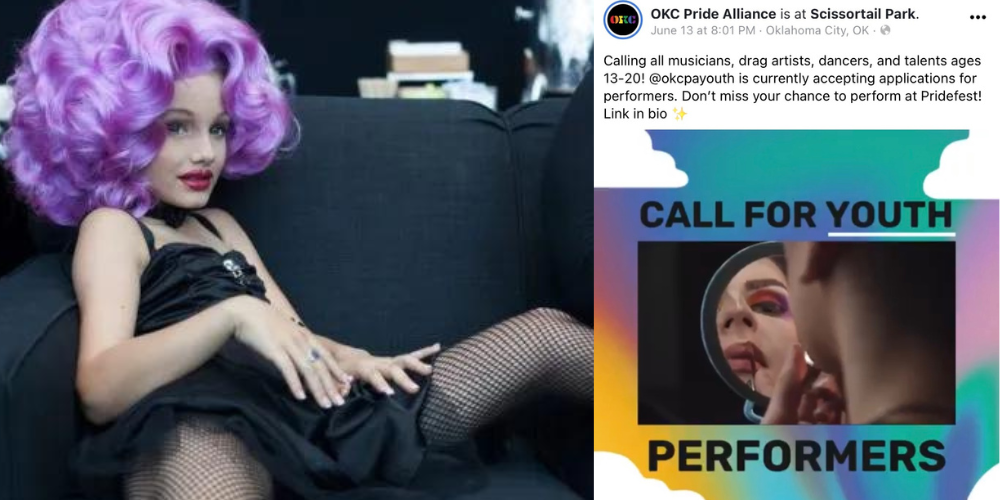 The Oklahoma City Pride Alliance posted on their Facebook page looking for children as young as thirteen to perform as drag queens, dancers, and more at an upcoming pride event. Pridefest will take place in Oklahoma City (OKC) at Scissortail Park from June 24 to June 26.

The event boasts a “Teen Royalty Drag Race” on the 25th and a “Teen Vibes and Youth Services” session on the 26.

Children interested in performing at OKC Pridefest are encouraged to click a link that redirects to a volunteer page that has applications for Pridefest volunteers and bartenders. Of the events children can volunteer for, one is the “Family Zone” which says it’s located right “next to the children’s playground.” Other volunteer options for children include the “Pride HQ,” and the “Community Zone.”

The Oklahoma City Pride Alliance is far from the first to receive blowback for Pride and drag events involving children. On June 11, social media was in an uproar after videos of a man with exposed, full breasts bouncing around and twerking in front of small children at a DC Pride parade circulated online.

Last month, an NYC elementary school was in hot water for hosting a Drag Queen Story Hour event and teaching middle schoolers how to do drag makeup. Drag Queen Story Hour NYC is a non-profit and has received considerable funding from various governmental agencies throughout New York City, including $99,500 from Council members in the 2022 fiscal year alone and undisclosed thousands of taxpayer dollars from New York Public Libraries.

NYC Mayor Eric Adams defended the robust spending on children’s drag events saying they are “advancing a love of diversity.”