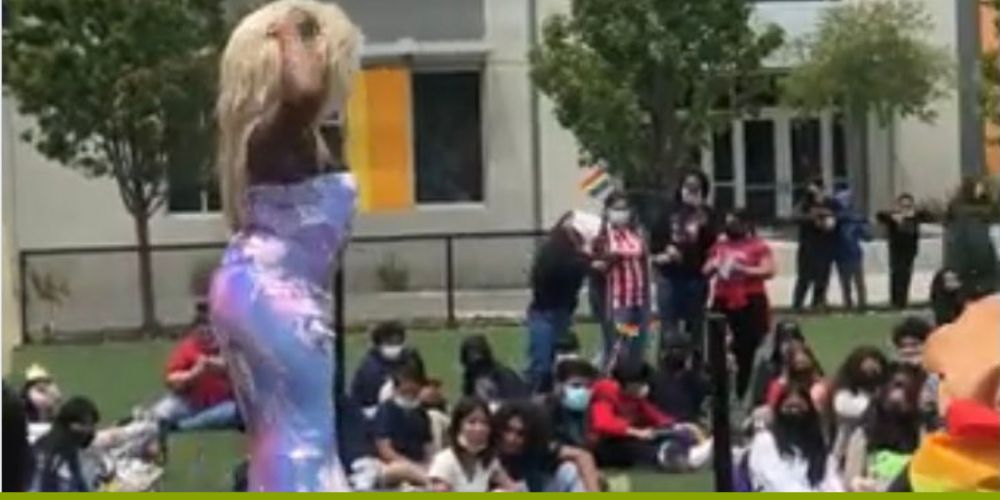 In a video, onstage Jizzington, tore off his wig and a hair net. Masked students cheered and applauded.

After the tweet went viral, Jizzington deleted the post, limited his Twitter profile, and blocked Libs of Tiktok — which led the account to respond, "Why isn’t @NickiJizz proud of her drag performance where she 'had them kids [middle schoolers] losing it?'"