In the video clip, what looks like a man with a pair of breasts can be seen moving toward a police officer before bending over to twerk in front of the crowd. 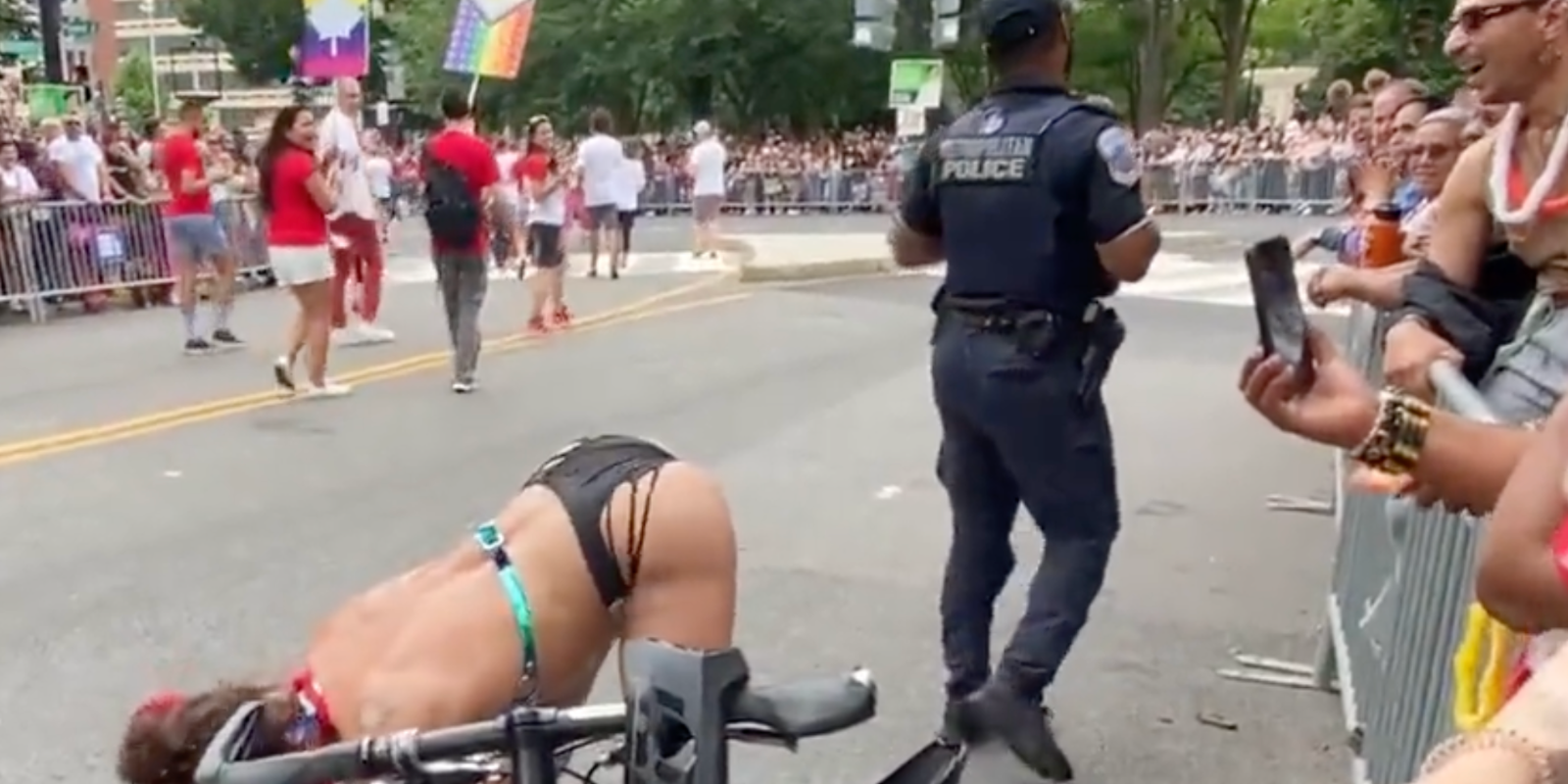 A clip captured from Pride March in the nation’s capital shows one protestor who decided to take their protest to the next level with a thong, a loudspeaker on wheels, and a quick twerk — in front of children.

In the video clip, what looks like a man with a pair of breasts can be seen moving toward a police officer before bending over to twerk in front of the crowd. The police officer backs away from the protester and turns his back when the twerking begins, lowering his gaze when he realizes what’s going on.

That doesn’t stop the protestor — or even slow them down. Dancing to the music coming from the speaker they’ve got in tow, the protestor continues to lead a section of the parade. While the show goes on, cheering from the crowd can be heard along with a few exclamatory remarks.

While striking, the display isn’t as troubling as what comes next. Not even a hundred paces behind the display, a handful of children follow up the act, holding up pride signs as a part of the European Union for LGBTQ rights.

Savannah Hernandez, an independent journalist reporting for The Post Millennial, described the scene on the ground.

"We started watching the march and there were several children…following this man there was an entire group of children waving pride flags. There were probably hundreds of children participating and attending this event," Hernandez said.

Four children — none who looked older than 14 — appear in the same shot. The smallest of them looks to be no older than 6 or 7 years old.

It wasn’t the only inappropriate display that took place Saturday. In another section of the march, footage captured by The Post Millennial editor Hannah Nightingale displays bear-chested men participating in what appeared to be "puppy fetish" gear. Here, too, children watched.

As the march continues with these sexually-charged displays, the participation of children has brought on the quickest reaction online. Outraged cries noted that these displays were blatantly inappropriate for a young audience.