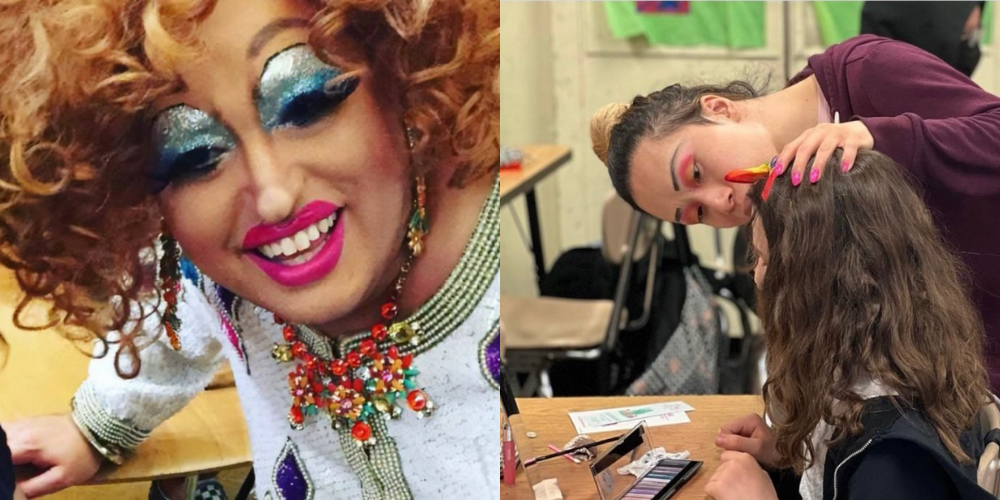 Drag Story Hour NYC took to Instagram to brag about teaching children at a local middle school "how to apply drag makeup." Tompkins Middle School in Manhattan offered their students up as canvases to the taxpayer-funded Drag Queen Story Hour NYC (DQSH NYC) event last week. According to DQSH NYC, the cost of their drag queen makeup tutorial is $400 an hour for public schools.

This event is one of hundreds that have been funded by the city and approved by city council to teach children about inclusion and equality. Across the city, elementary to high school children are welcomed to events hosted by drag queens and promoted by city leaders.

Many of these schools, including Tompkins Middle School, are underperforming academically, with Tompkins having only 57 percent proficiency in math. Despite lackluster academics, taxpayer dollars continue to be siphoned to drag queen and gender identity programs for city council members to earn political brownie points.

Last week, The Post Millennial reported on the funding behind these various programs and events, and highlighted a story hour where a drag queen read a book on transgenderism to middle schoolers. The cross-dressing equality events don’t end in the classrooms though, with many of them being expanded to public libraries, children’s museums, and parks.

Drag Queen Story Hour NYC is a non-profit and has received considerable funding from various governmental agencies throughout New York City, including $99,500 from Council members in fiscal year 2022 alone and undisclosed thousands of taxpayer dollars from New York Public Libraries.

DQSH NYC’s self-proclaimed agenda aims to erase binary gender identity altogether and sets out to teach children "there’s no such thing as girl clothes and boy clothes, or girl toys and boy toys."

The pre-booking informational packet contains even more concerning "tips" for convincing parents who don’t want their children being exposed to a drag queen event stating, "Some schools end up canceling events due to complaints from parents. If you need help explaining the importance of LGBTQ-affirming programming such as DQSH to your school’s administration or parents, we have resources for that!"

Drag queen events and their sponsors across the nation are facing intense backlash from parents as details about their aggressive push to involve children in their escapades are revealed. Video resurfaced online of an event, sponsored by streaming service Paramount+, where a young child was dancing for money on stage at DragCon 2022. The Post Millennial’s Libby Emmons rallied parents last week to cancel a Drag Story Hour scheduled at a US Air Force base after her expose of the planned event.

Brad Lander, the New York City comptroller, has yet to comment on the taxpayer funded events, but is praised left and right on Drag Story Hour NYC's Instagram page.