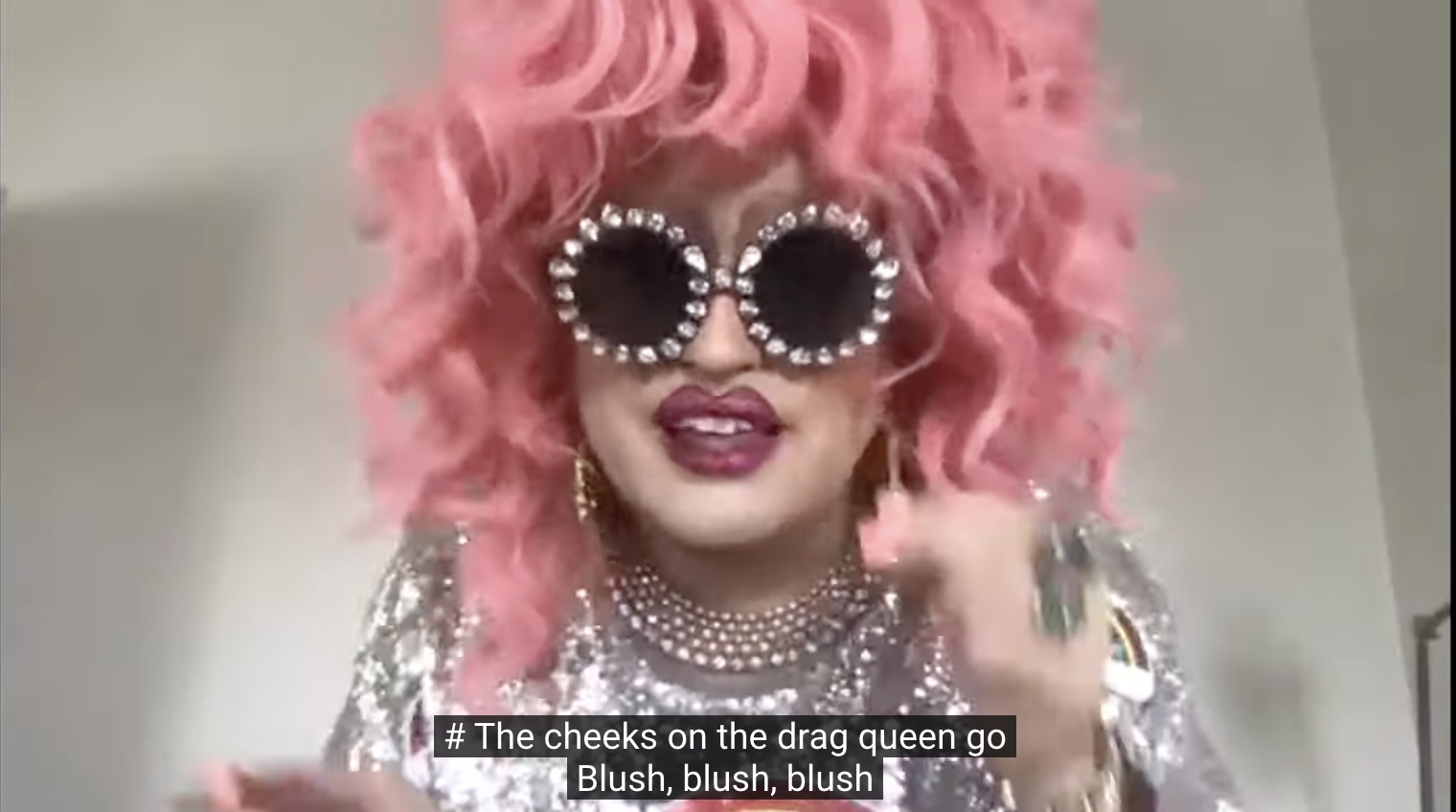 Drag queens are not in schools by accident. It was and is an intentional act to upend educational models, to subvert norms of morality and human behavior, and to "queer" early childhood education. "Drag," writes authors Harper Keenan and Lil Miss Hot Mess, "is firmly rooted in play as a site of queer pleasure, resistance, and self-fashioning."

In a 2021 article called "Drag pedagogy: The playful practice of queer imagination in early childhood," authors Harper Keenan, an education academic, and Lil Miss Hot Mess, a "founding queen" of Drag Queen Story Hour, opined at length on how progressive and revolutionary it is to put men in garish women's costumes in classrooms. Their reasoning is five fold.

As they dig into how key they believe drag is as a part of early childhood education, Keenan and Lil Miss Hot Mess say that having drag performers read aloud to children channels the drag practice of "playfully 'reading' each other to filth' into different forms of literacy, promoting storytelling as integral to queer and trans communities, as well as positioning queer and trans cultural forms as valuable components of early childhood education."

And the reason for bringing drag into classrooms is to answer the question: "what might Drag Queen Story Hour offer educators as a way of bringing queer ways of knowing and being into the education of young children?"

This question is hinged on the assumption that "queer ways of knowing and being" must be part of the education of young children. The question itself indicates that a decision has already been made that children's education needs to be "queered" and is simply exploring how drag queens can do it.

The structure of a drag story hour, while not necessarily uniform, writes Keenan and Lil Miss Hot Mess, involves drag queens, along with "occasional kings or other gender-bending performers," reading books on "queer and/or trans characters, gender-transgressive themes, or narratives about not fitting in and finding one’s voice." The drag performers then lead children in crafts, such as "making wands or tiaras."

It should be noted that the princess genre of stories for early education students has been widely derided by feminists, while drag is upheld as somehow transgressive and therefore progressive. Perhaps these crafts could be considered the "queering of the tiara."

Often, students will be treated to a drag show by the performers, and given the opportunity to come up with their own "drag name" and character. Teens get to learn how to apply drag makeup, often a caricature of beauty queen or stripper make-up.

Students are drawn into drag by the use of "bright colours, music, art, and imaginative play." While these are common elements in early childhood education, it is the introduction of the drag queen as teacher that "queers" the students' imaginations.

"What is different, though, is that the teacher is a drag queen. She breaks the limiting stereotype of a teacher: she is loud, extravagant, and playful. She encourages children to think for themselves and even to break the rules. She is the exponential product of Ms. Frizzle and Bob the Drag Queen. She is a queer teacher," writes Kennan and Lil Miss Hot Mess.

And the goal, the authors write, is less education and more activism. Through the use of drag queen story hours, the authors intend to interfere in children's imaginations early, so that they grow into adults who are focused on queerness and queering culture.

"We propose that DQSH offers a particular kind of queer framework – what we call drag pedagogy – for teaching and learning that extends beyond traditional approaches to LGBT curricular inclusion. The themes within drag pedagogy, applicable beyond the context of drag itself, move away from vocabulary lessons and the token inclusion of LGBT heroes to begin to engage deeper understandings of queer cultures and envision new modes of being together. We emphasize that drag pedagogy resists didactic instruction and is not prescriptive. Instead, it artfully invites children into building communities that are more hospitable to queer knowledge and experience," Keenan and Lil Miss Hot Mess write.

The goal is to "actively destabilize the normative function of schools," which is more than simply the inclusion of LGBTQ history, etc. They use the example of a teacher dividing students between boys and girls, saying that "inclusion" would mean that children can decide for themselves if they want to be in the girls' group or the boys' group regardless of their own biological sex, but the "transformative approach might work with children to inquire as to how 'boy-ness' and 'girl-ness' are given meaning, the limits of these two categories, and how people might organize themselves differently."

This "transformative" approach applies a spiritual element to gender, and gives concepts of "boy-ness" and "girl-ness" a greater meaning than simply the acquired and innate traits associated with a given biological sex.

Keenan and Lil Miss Hot Mess, through the application of drag queen story hour, seek to upend traditional gender stereotypes, while imposing new ones. And the stereotypes they seek to change have, essentially, already been changed in the US. They are operating off of something of a cultural lag.

"The script of gender teaches the public not only what gender is in some essential sense – setting up a binary between womanhood and manhood – but that some gendered ways of being are acceptable and others are not," they write. "In the USA, for example, many people learn that the most valued boy will be white, engage in rough-and-tumble play with other boys that will toughen him up and straighten him out, allowing him to mature into a man who wears a suit and tie, makes a lot of money, enters into a sexually monogamous marriage with a woman, buys a home, and has enough but not too many children. In other words, a script that may begin with gender shapes how individuals are taught to understand their expected roles in society in ways that extend far beyond gender alone." These ideas have long since been changed.

And remaking a child's morality is the goal. They argue that drag queen story hours "publicly positions its impact in 'help[ing] children develop empathy, learn about gender diversity and difference, and tap into their own creativity,'" yet argue that "its contributions can run deeper than morals and role models."

Drag intends to remake children's pretend play, changing up the models of play from perhaps "playing house," or other scenarios, to playing queer versions of these games. Keenan and Lil Hot Mess note that for drag queen story hours to be included, they should work to align themselves with "social-emotional learning in order to be legible within public education and philanthropic institutions."

They write that "classroom management" has no place in drag, and that "As an art form, drag is all about bending and breaking the rules, and so its aims are totally different from a normative classroom. When a drag queen enters a (class)room, she generally intends to draw attention to herself – whether through shock, admiration, or envy of her embodied performance. There is a premium on standing out, on artfully desecrating the sacred. In other words, what we refer to as strategic defiance is encouraged."

Keenan and Lil Miss Hot Mess say that the classroom is nothing more than a stage for drag performers who are brought in under the guise of being educators, and that they should treat questioning children as though they are hecklers at a performance. "Drag loves to turn rejection into desire, transforming the labour of performance into the pleasure of participation," they write.

In many ways drag queen story hour seeks to break taboos that have already been broken, to upend authority that is already hanging by a tenuous thread, and to instill a measure of confusion in children that are being deprived of the learning of basic skills. Children don't need help in imagination, or figuring out pretend play, they need help in learning skills that will see them through to being able to take care of themselves and be members of society into adulthood.

A kid who knows how to sashay but lacks basic skills will not find a constructive, happy life, simply because they will not have the tools to create it. And the goal of drag queen story hours, according to Keenan and Lil Miss Hot Mess, is not only about creating adults who are cool with LGBTQ people and creating supportive spaces, but to "support students in finding the unique or queer aspects of themselves."

Drag queen story hour is about "queering" children, "queering" early childhood education, and remaking a moral structure in the image of "queerness," while obliterating the foundations of traditional family, the norms of education, and confusing children. It seeks to undermine values taught by parents and teachers and replace them with ones centering adult sexuality and adult entertainment.