Texas Gov. Greg Abbott said on Friday that his state has sent over 7,000 migrants to the nation's capital since April, and at least 900 to New York since August 5 as a part of Operation Lone Star. 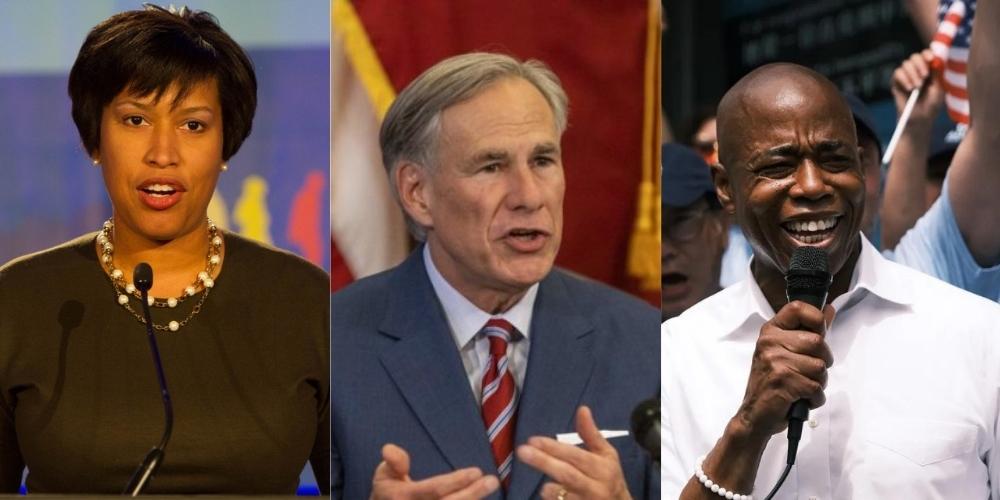 The sanctuary cities of New York and Washington, DC have become overwhelmed with illegal immigrants, as Texas continues to send them buses full of migrants.

According to Axios, thousands of migrants have been sent from both Texas and Arizona to the two Democrat-run cities, both of which have committed to protecting illegal immigrants from deportation with "sanctuary" designations that restrict local law enforcement from cooperating with federal immigration agencies.

After the 2016 election, Washington, DC Mayor Muriel Bowser reaffirmed the city's sanctuary status, stating "We celebrate our diversity and respect all DC residents no matter their immigration status."

Texas Governor Greg Abbott said on Friday that his state has sent over 7,000 migrants to the nation's capital since April, and at least 900 to New York since August 5 as a part of Operation Lone Star.

"Before we began busing migrants to New York, it was just Texas and Arizona that bore the brunt of all the chaos and problems that come with it," Abbott said in a statement this week. "Now, the rest of America can understand exactly what is going on."

DC Mayor Muriel Bowser said the city has reached a "tipping point" in its effort to help migrants, calling for help from the National Guard for a second time to aid the migrants and provide infrastructure, after previously being denied.

"We need help from our federal partners as we seek to stabilize and manage our operating environment in this critical moment," she wrote in her plea to the Pentagon.

In January, Adams expressed his support for illegal immigrants by allowing a noncitizen voting bill to become law, permitting more than 800,000 aliens to vote in local elections.

While officials in the liberal cities are calling the bussing unethical, "They want to go on the buses," according to Valeria Wheeler, the executive director of Mission: Border Hope, a non-profit organization which serves the border community in Eagle Pass. "No one has been forced."