Last week, Bowser sent a request to the Pentagon, asking for National Guard troops to help out with the recent influx of migrants pouring into the city mostly by way of Texas. 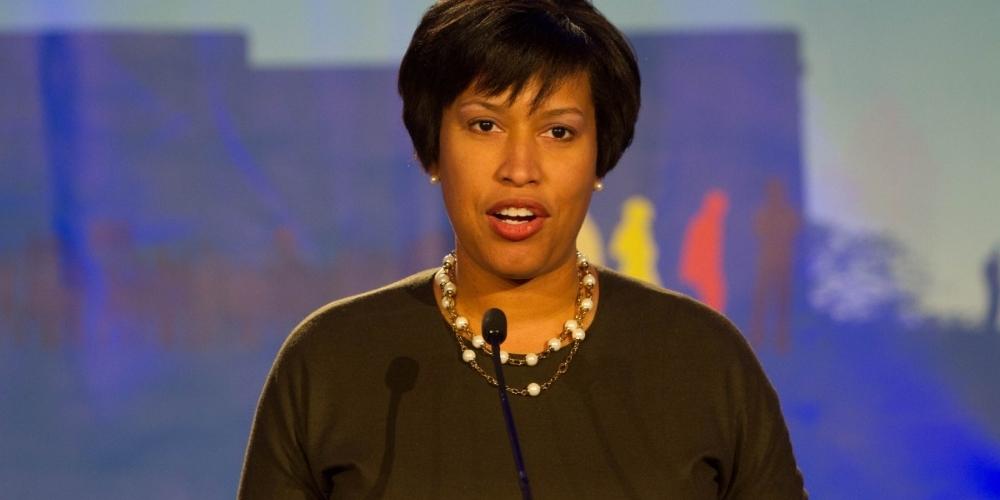 The Department of Defense on Friday denied Washington DC Mayor Muriel Bowser’s request for help from the National Guard amid a "humanitarian crisis," as thousands of migrants arrive in the nation's capital on buses from the southern border.

Last week, Bowser sent a request to the Pentagon, asking for National Guard troops to help out with the recent influx of migrants pouring into the city mostly by way of Texas, and asking that the DC Armory be converted to a processing center.

A senior defense official told Fox News on Friday that Secretary of Defense Lloyd Austin "has declined to approve the DCHSEMA [DC Homeland Security and Emergency Management Agency] request for DCNG to provide personnel and the DC Armory to assist the NGO, SAMU First Response, with transportation and reception of migrants arriving in the DC area."

"We have determined providing this support would negatively impact the readiness of the DCNG and have negative effects on the organization and members," the official said. "We understand SAMU First Response has received grant funding through FEMA’s Emergency Food and Shelter Program, and has indicated that sufficient EFSP funds exist at this point to provide migrant assistance."

Bowser, who has recently been critical of Texas Governor Greg Abbott's move to bus illegal immigrants to liberal cities to bring attention to the migrant problem in southern states, called his strategy "cruel political gamesmanship." Abbott claims that the migrants volunteered to be bused to DC, according to KENS5.

Despite DC being a "sanctuary city" for migrants, there is little infrastructure in place to actually take care of them.

Texas has delivered more than 6,100 migrants to DC on 155 buses as of last Friday.

"DC is experiencing a fraction of the disastrous impact the border crisis has caused Texas," said Abbott in a tweet posted last Thursday. "Mayor Bowser should stop attacking Texas for securing the border and demand Joe Biden do his job."

Non-profit organizations in DC that have been attempting to help the migrants say they're struggling without much help from the government.

"Washingtonians, as people, are here, present, but their government is not here," said Isaias Guerrero, a volunteer with the Migrant Solidarity Mutual Aid Network to DCist.

Bowser in June secured a $1 million grant for the city, to have FEMA set up a "respite center" for migrants coming to DC.

"The number of people crossing the border seeking asylum, we expect only to go up, and we need to make sure there is a national response," she said.

"We have had constructive conversations with Mayor Bowser and her team, and are committed to working with her and her team just as we do effectively with other local leaders," a White House official told Fox News Digital.

"As we have said repeatedly, Republican governors using desperate migrants as political tools is shameful, and it is wrong," the official said.

"There is a process in place for managing migrants at the border; this is not it — what they’re doing currently," White House press secretary Karine Jean-Pierre told reporters at a recent press briefing. "That includes expelling migrants as required by court order under Title 42, transferring them to ICE custody, or placing them in the care of local NGOs as they await further processing…Again, so what Republicans are doing, the way that they’re meddling in the process and using migrants as a political pawn, is just wrong."