House Majority Whip James Clyburn announced that he plans to propose a measure to make the 'black national anthem' the official US national anthem to promote "unity." 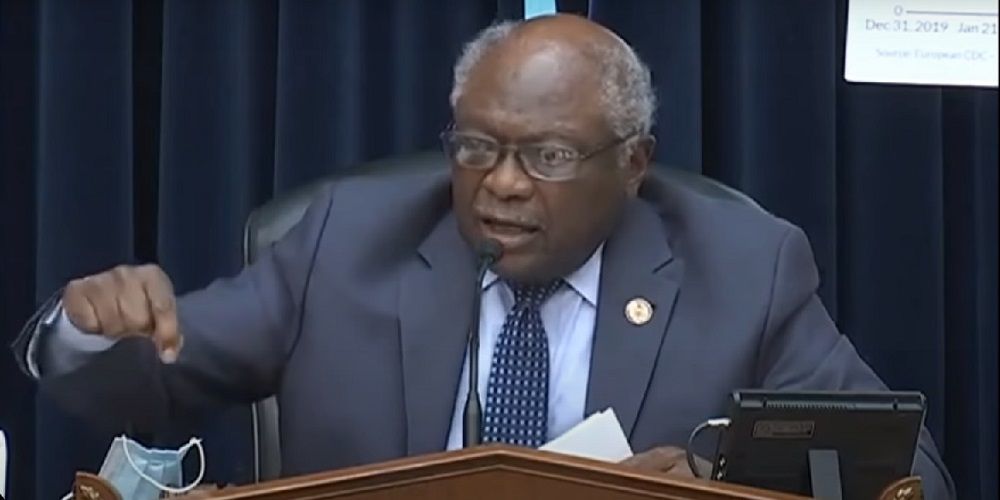 House Majority Whip James Clyburn (D-SC), announced that he plans to propose a measure to make the 'black national anthem' the official US national anthem to promote "unity," The Hill reports.

The black national anthem, also know as "Lift Every Voice and Sing," was written in 1899 by former leader of the NAACP, James Weldon Johnson. Howard University political scientist Michael K. Fauntroy said he is concerned that symbolic social justice victories, like changing the national anthem, may be getting confused for substantial reforms.

"It's symbolically notable for black people, but in the larger scheme of things this isn’t going to put food on people’s table, it’s not going to increase people’s pay," Fauntroy told USA Today.

On a Sunday in a CNN appearance, Clyburn echoed other Democrats calls for the impeachment of President Donald Trump. He bizarrely suggested that Democrats might wait until after Biden's first 100 days as President to send in the articles of impeachment for President Trump, meaning they would be aiming to impeach him after his presidency has ended.

"Let's give President-elect Biden the 100 days he needs to get his agenda off and running, and maybe we will send the articles some time after that," Clyburn told CNN.