Democrats and liberal media personalities are demanding to know if Fox News host Tucker Carlson is vaccinated against the coronavirus. 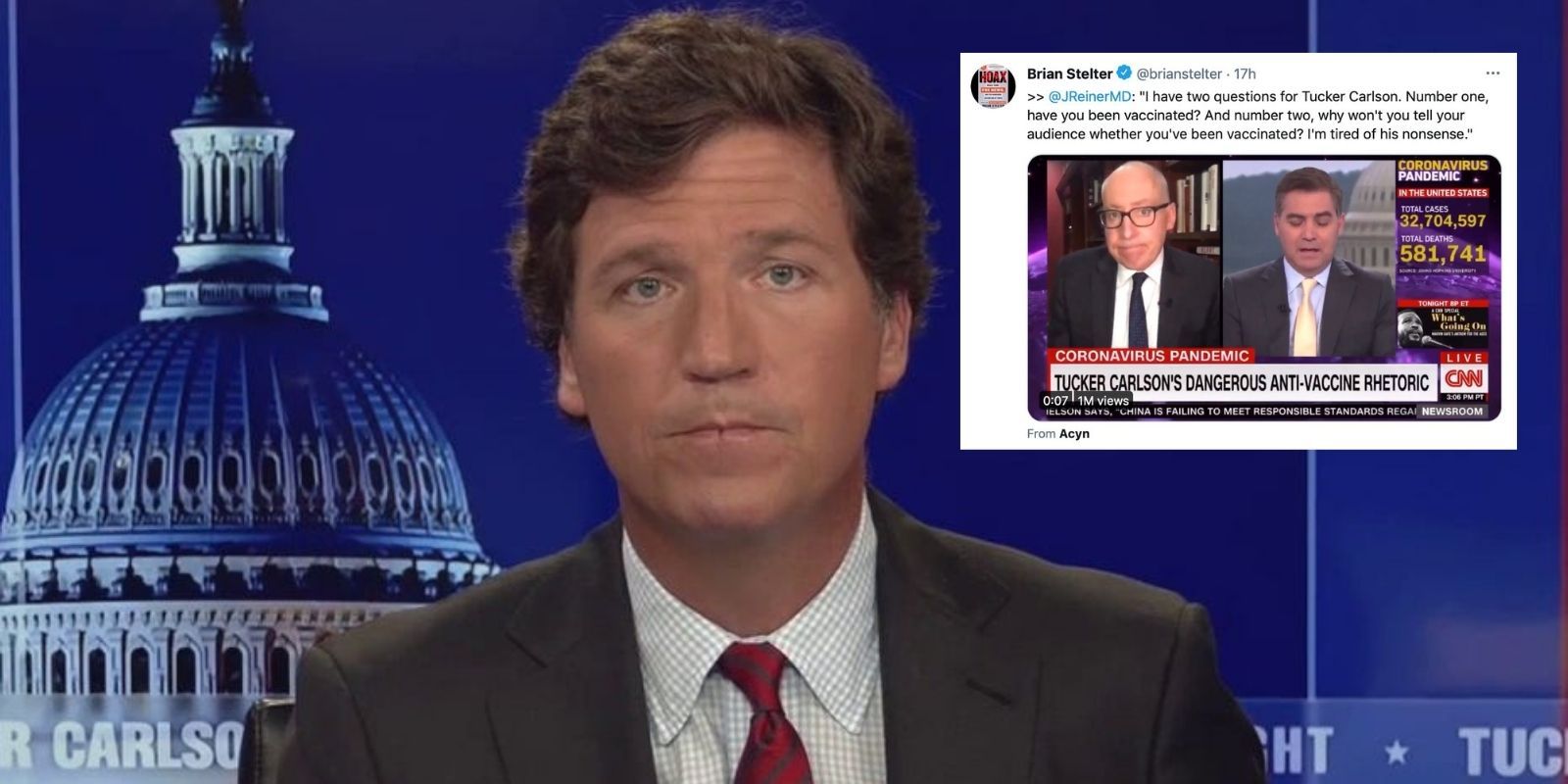 Democrats and liberal media personalities are demanding to know if Fox News host Tucker Carlson is vaccinated against the coronavirus.

In an appearance on New Day Sunday, the medical professional over the weekend called on Carlson to reveal if he himself has taken the jab.

A professor of medicine at George Washington University, he was asked by CNN correspondent Jim Acosta about Carlson's coverage of COVID-19 vaccine safety.

Acosta prodded Reiner as to whether Carlson's reporting was "part of the problem," citing the sector of America that's reluctant to take the vaccines when offered.

Reiner labeled Carlson "a saboteur." That's when Reiner pivoted to hurl questions at Carlson: "Number one, have you been vaccinated? Number two, why won't you tell your audience whether you've been vaccinated? I am tired of his nonsense."

"It would be nice to know the answers to those questions," Acosta replied.

Business Insider in an article on the clip noted that Fox News did not respond to the news outlet's request for comment on whether Carlson had been vaccinated.

Hours later, Business Insider published another piece titled, "Fox News won't say if Tucker Carlson has been vaccinated for COVID-19 or if he ever plans to be."

Business Insider politics reporter Jake Lahut wrote that the publication has reached out to Fox News on multiple occasions to inquire whether Carlson has taken the vaccine "or if he ever plans to," but the right-wing network has not responded with any press statements regarding the matter. According to Lahut's author biography, the journalist's work focuses on "the influence of Fox News."

Lahut claimed that Carlson's "consistent undermining of public health experts" prompted Reiner to demand that Carlson "be transparent" with viewers.

Dhillon pointed out that CNN and Business Insider would be outraged if someone asked any of the female reporters whether they've ever had an abortion. "Personal medical decisions shouldn't be 'news,'" Dhillon added.

Dhillon then observed CNN anchor Brian Stelter's weight. "Would it be fair to ask about [Stelter's] diet and his BMI to determine whether he is taking all appropriate steps to avoid falling ill to viruses and becoming a super spreader?" she asked.

"Demanding to know vaccine status [is] an intrusive and creepy question," tweeted conservative commentator Mike Cernovich. "Should we start asking what media personalities are on SSRIs, who much alcohol they drink, or if they plan on having children (or do they have fertility issues), too?" questioned Cernovich.

Those on the political left seem ultra-concerned with Carlson's position on COVID-19 vaccines given that he's become the front face of Fox New's primetime lineup and holds an immense influence over millions of conservatives.

Vaccine hesitancy was higher among white Republicans than any other demographic group, according to Civiqs polling conducted since November.