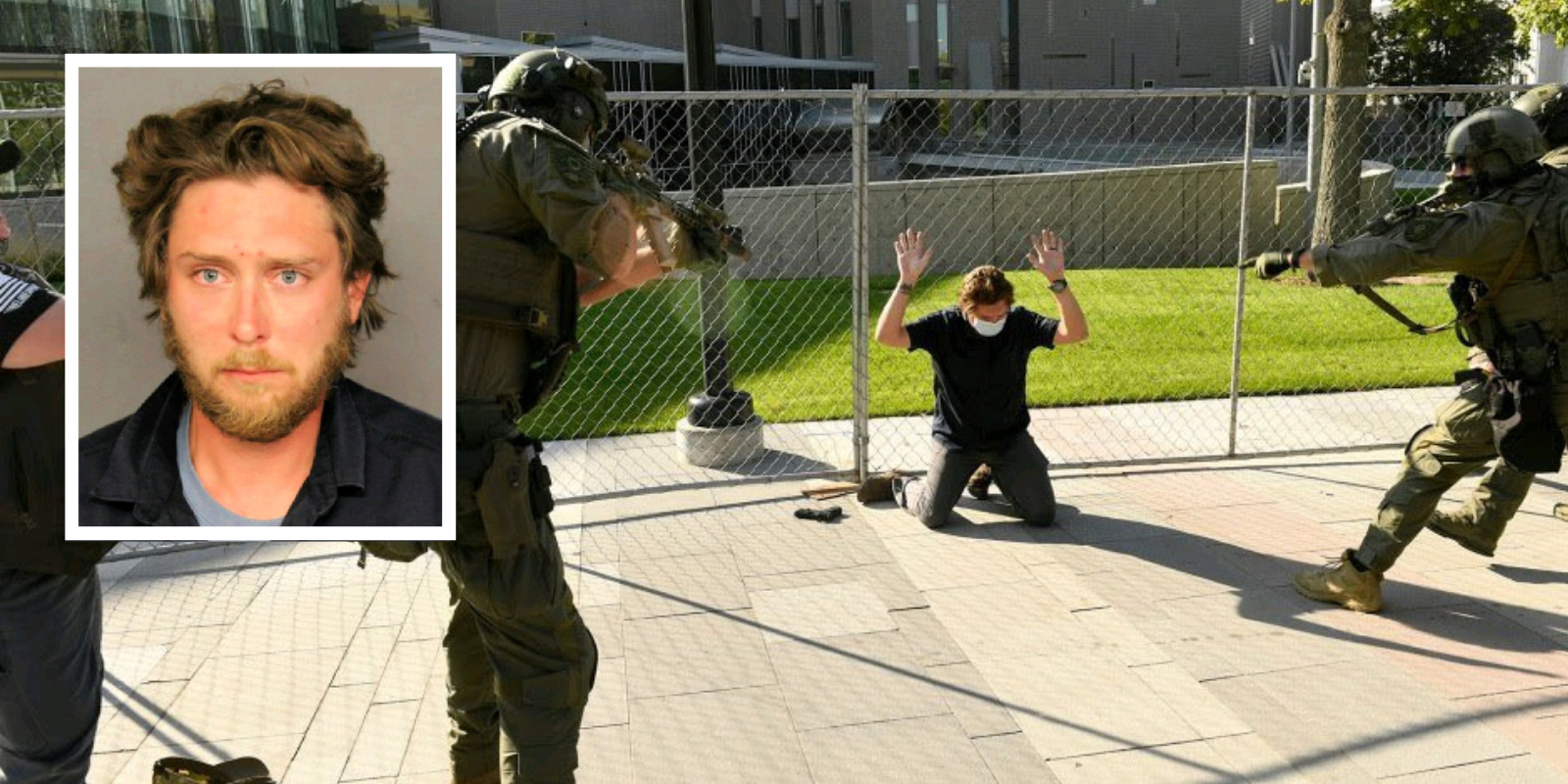 An investigation self-run by the publication found that 30-year-old Matthew Dolloff—who is facing second-degree murder charges for the alleged killing of a conservative demonstrator during dueling Denver rallies on Saturday—is not the only non-credentialed security guard to accompany 9NEWS crews at riots during the past five months. In fact, Dolloff is one of five unlicensed security agents.

Under a taunting "Training Matters" heading, 9NEWS admitted that "those guards were not required to go through the extensive training Denver mandates all private security guards receive."

A license requires 16 hours of required training in addition to eight annual hours for renewal. To achieve armed status approved by the Denver Police Department, an applicant must be endorsed by written request.

“You can’t always go right to a firearm or lethal force,” International Counterintelligence Services president Grant Linhart, one of the city-approved security trainers, told 9NEWS. “Licensing and training requirements are important, so you know your operational boundaries—otherwise you run amok.”

Beneath a "Licensing Questions" header, 9NEWS explained that the company recruited two security firms for private guards to protect the field crews during civil unrest coverage in Denver.

Pinkerton, the company that provided Dolloff, is one. GardaWorld Security Services is the other, but the identified guards were licensed according to Denver’s public licensing data.

However, one of the licensed guards, who worked at an Aug. 28 clash between protestors and Denver police outside District 6 headquarters, was in plainclothes, observing sources cited.

This individual was not allowed to be dressed this way unless "duties necessitate plainclothes attire" per city regulations: “The Applicant cannot work as a security guard in plainclothes without first receiving an endorsement from the Department authorizing him/her to do so.”

In response to an inquiry, the Denver City and County Excise and Licenses director of communications Eric Escudero wrote, “He does not have any endorsements for plainclothes or armed status on this license.”

A corporate YouTube video on Pinkerton’s website brands the slogan, “We are Pinkerton, we never sleep.” City residents are now asking whether Pinkerton was asleep at the switch with their judgement.

In a Facebook post, Pinkerton stated that Dolloff was not an employee but a contractor agent from a long-standing industry vendor, indicating that the business believes that the job was not theirs to ensure that subordinates are properly permitted. The subcontractor remains undisclosed.

Two Pinkerton guards were dispatched at the competing “Patriot Muster” and “BLM-Antifa Soup Drive" face-off. The other guard was a fully-licensed Pinkerton employee authorized to be armed and in plainclothes.

However, four other 9NEWS security guards in addition to Dolloff since June of this year were not licensed. One example is the security guard working on Sept. 23 when a car drove through a Breonna Taylor demonstration, Escudero confirmed.

When asked about the status of three other guards who serviced security for 9NEWS, Escudero wrote: “We double-checked. I can confirm no individuals by these names have ever held or even applied for a security guard individual license in the City and County of Denver.”

But when the internal investigation requested comment, 9NEWS management refused to document which security company those individual guards were contracted through, the site self-chasticized.

Instead, the statement reads: "Pinkerton, the company 9NEWS contracted with, is responsible for ensuring the appropriate licensing of its guards or those it contracts with. 9NEWS does not contract directly with individual security personnel. 9NEWS had directed Pinkerton that security guards accompanying our personnel not be armed, and none of the 9NEWS’ crew accompanied by Mr. Dolloff on Saturday were aware that he was armed. 9NEWS no longer uses Pinkerton to provide security."

Each of the unlicensed security guards was called, but just one answered the phone or returned a message. A former Greeley police officer said he only provided 9NEWS “executive protection," adding “I didn’t need a security guard license because I protected people not places.”

“I had no idea you needed a license to do executive protection work in Denver,” the guard responded when informed of the law.

"If you want straight answers from @9news about WHO contracted with left-wing Trump-hating #denvershooting suspect Matthew Dolloff, WHY station pointed finger at Pinkerton instead of taking responsibility & WHAT else they're hiding, share the hashtag: #9NewsDoesntWantYouToKnow," Malkin tweeted.

Then Malkin pointed out how 9News contracted outside journalists from sister stations in Dallas and Minneapolis to cover the latest on the Denver shooting. "LOL. Even @9News can't trust @9News anymore!" she screenshot the editor's notes sprinkled as editorial disclaimers.

"9NEWS is used to covering many different kinds of stories, but usually we’re not directly involved in them," the duo's work was prefaced in the "initial stages of the shooting and investigation."

"I'm sure your lawyers think this is clever, but it's definitely not helping in the court of public opinion," Malkin remarked on 9NEWS host Kyle Clark's post that reiterated an internal management statement.

The press response was embedded in both aforementioned articles, claiming that 9NEWS "does not contract directly with individual security personnel."

"9NEWS contracted with Pinkerton and had directed that security guards accompanying our personnel not be armed. None of 9NEWS’ crew accompanied by Mr. Dolloff on Saturday were aware that he was armed," the public statement read.