"It's why people don’t trust people like you because you peddle false narratives." 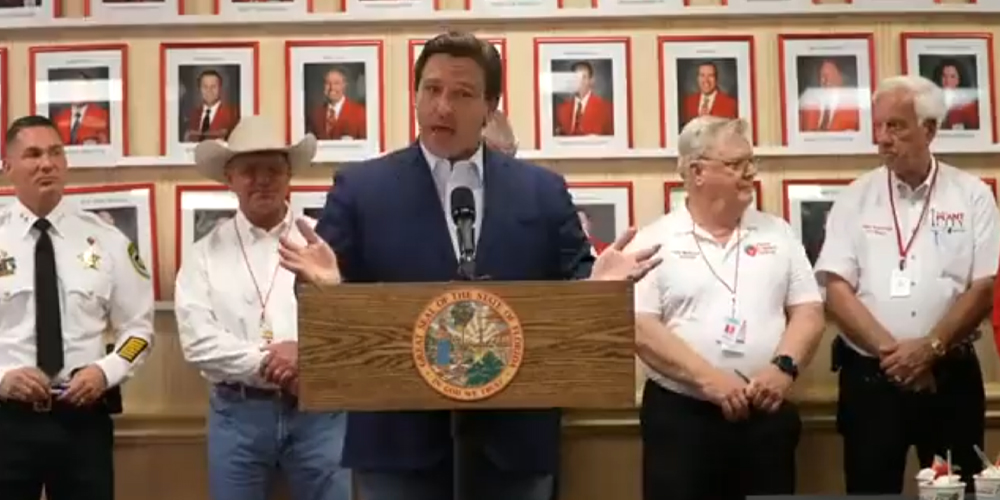 He made it clear to the media that he sees HB 1557 as an anti-grooming bill despite Democrats trying to assert it's the "Don't Say Gay" bill.

The heated exchange happened in a loud room at the Strawberry Festival. But from what we can hear, Donovan opened up with a "what critics say" line in his request for comment.

"Does it say that in the bill?" DeSantis says in response to the "don’t say gay" tagline.

"I’m asking you to tell me what’s in the bill because you are pushing false narratives. It doesn’t matter what critics say!" the Florida Governor bellowed at the reporter.

"For who? For grades pre-K through 3. So five-year-olds, six-year-olds, seven-year-olds, and the idea that you wouldn’t be honest about that, and tell people what it actually says, it’s why people don’t trust people like you because you peddle false narratives," replies DeSantis.

The audience broke out in applause.

"We’re going to make sure that parents are able to send their kid to Kindergarten, without having some of this stuff injected into their school curriculum," the Florida Governor concluded.

In an earlier report by Evan Donovan he himself said HB 1557 is officially titled "parental rights in education." Further, the local reporter concurs that it’s one particular section of the bill that’s causing outrage from leftists.

This part. "Classroom instruction by school personnel or third parties on sexual orientation or gender identity may not occur in kindergarten through grade 3 or in a manner that is not age-appropriated or developmentally appropriate for students in accordance with state standards."

As Evan Donovan previously noted, here’s the other parts of the so-called "Don’t Say Gay" bill:

An additional part of the bill makes it obligatory for schools to respond within a week (7 days) to parents, and ultimately resolve concerns within a month (30 days). HB 1557 allows parents to "escalate" said concerns and otherwise sue the school if the obligation isn’t honored.

Democratic opponents of HB 1557 have framed the bill as anti-gay.