They call it the "Don't Say Gay" bill, but it protects kids and parents from activist educators who see the classroom as their bully pulpit and children as experimental subjects for gender identity. 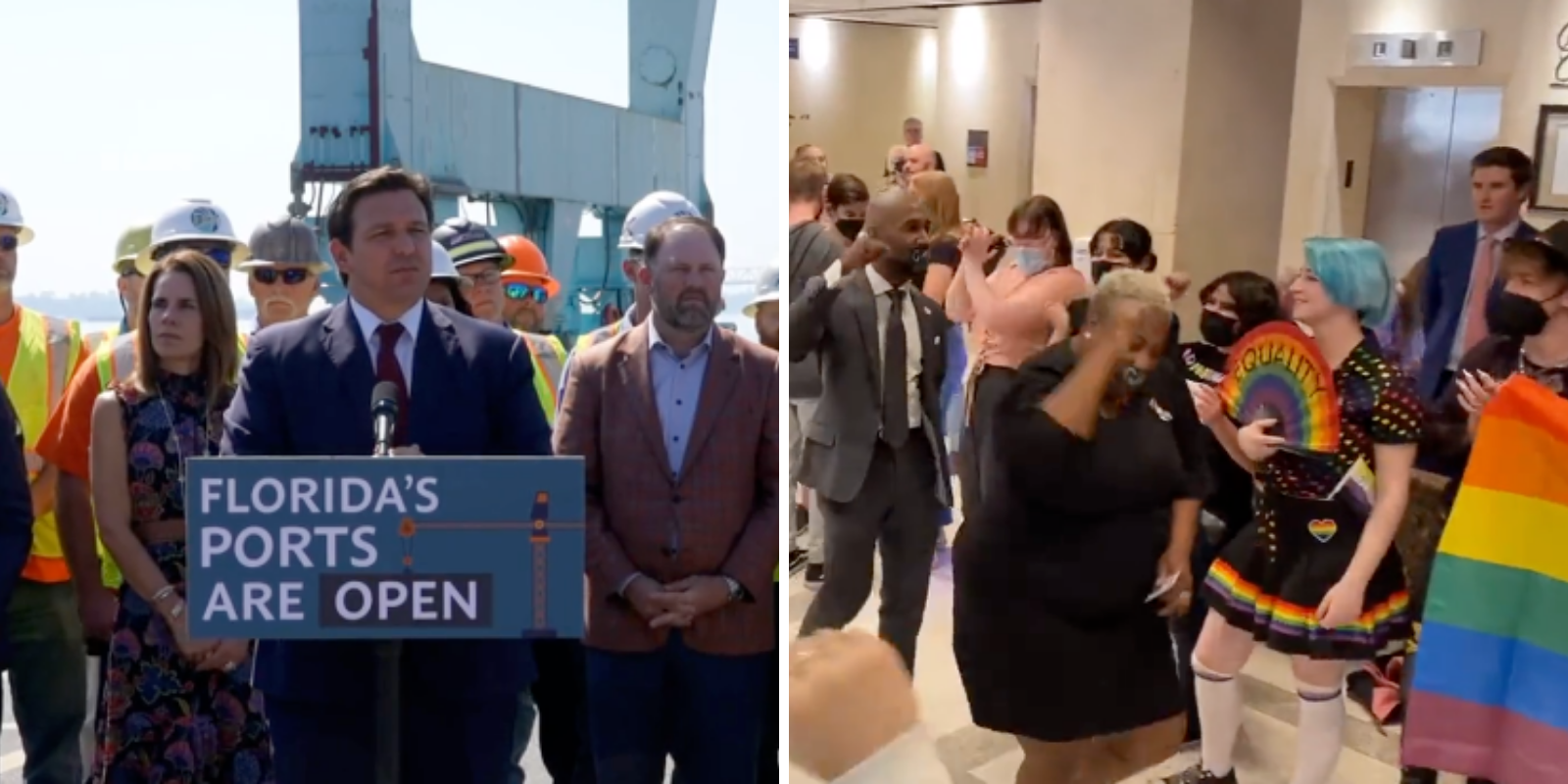 The messaging from trans activists on Florida's Parental Rights in Education law has been remarkably effective. They call it the "Don't Say Gay" bill, but it protects kids and parents from activist educators who see the classroom as their bully pulpit and children as experimental subjects for gender identity.

The bill is straightforward in protecting parental rights in regards to their children's education on matters of sex and gender identity, specifically in the lower grades. And for all children, it requires school districts to not withhold records on children from parents, to not encourage students to keep personal information from parents, and to tell parents if there is a change in the way children are being monitored with regard to their mental health. The law is actually an anti-groomer law, as coined by Florida Gov. Ron DeSantis' press secretary Christina Pushaw.

Nowhere in the bill does it say that sex education should not be taught, only that it should be taught in an age-appropriate way. Nowhere in the bill does it say that teachers are prevented from saying "gay," or talking about it. The phrase "don't say gay" is a way to discredit the bill before anyone has even looked at it. The law protects parents and children from politically minded teachers who would bring critical gender theory into lesson plans for little kids all the way through high school, and would encourage kids to explore their gender identity and keep that exploration a secret from their parents.

This kind of experimentation on children recently led to a young girl in Florida attempting suicide on school grounds. It was only after this suicide attempt that parents became aware that the child was exploring gender identity at school, and keeping that a secret from her parents, with the full approval and help of the school itself. Teachers were helping the child keep secrets about her mental health from her parents, and as a result the girl almost died. As part of their reasoning of keeping this secret, the school said that the parents' Catholic religion would prevent them from accepting their child's trans identity. They didn't even give the parents a chance.

Yet, because of the messaging "don't say gay," protests have been staged in the state to demand that the law be overturned, despite the law not at all saying what even the White House claim it's saying.

The law also prevents schools "from discouraging or prohibiting parental notification and involvement in critical decisions affecting a student's mental, emotional, or physical well-being." That's pretty clearly not a bill that requires teachers to not "say gay," but instead is one that includes parents in assessments about their children. It prevents teachers from locking parents out of their children's lives, and from telling students to keep secrets from their parents.

Many, many states across the US have guidance in place that instruct schools to affirm a student's gender identity, and to not tell parents about that affirmation or the gender identity if students don't want them to.

This automatically assumes that children with divergent gender identities who don't want to tell their parents about it are at risk of abuse by their parents. There is no reason to believe this unless there has been a history of abuse. Non-abusive parents don't just start victimizing their children.

The law says specifically that in no way does it "limit or alter any obligation of school district personnel to report suspected abuse, abandonment, or neglect." Governor Ron DeSantis was asked about the bill, and said directly and truthfully that the law doesn't say this at all, or anything remotely like it.

Yet President Joe Biden, too, bought into the messaging of social justice activists in regards to the bill, repeating propagandist talking points in denouncing the bill that protects children and parents from experimentation and grooming by activist educators. The bill is not hateful, but gives parents the right to be involved in their kids' mental health, tells schools they cannot keep secrets from parents as regards their children's mental health or gender identity, and requires schools to only teach age appropriate material as regards sex and gender identity.

The president took the bait, and did a disservice to parents, children, and the integrity of the American family.

Additionally, the way that so many school districts have been dealing with students' gender identity, which according to guidance that was present in Florida school districts prior to this bill as well as in states like New York, California, and others, has been blind acceptance. School districts, under the tutelage of social justice activists and critical gender theorists, have fully embraced the practice of gender affirmation. There are other ways to handle a child's gender identity, such as what's called "watchful waiting," which means giving a child space and neither encouraging nor discouraging gender transition.

That a teacher would want to introduce these ideas to young children demands the question: why? Do social justice activists and critical gender theorists feel that children under the age of 10 need to be told that their bodies could be the wrong ones? As Ginny Gentles writes for Real Clear Education, parents "don't want children in early elementary grades to read books or use gender-coloring books encouraging them to disassociate their minds from their bodies," or to "focus on sex and sexuality at such a young age."

There is an insane amount of media for young children that encourages little kids to think about sex, to question the validity of their own bodies, and to be ushered into the world of gender identity. These representations, from Drag Queen Story Hour to the Blue's Clues Pride Parade serve an adult, activist idea of normalizing divergent gender identity. There is no reason for it other than to usher children into an adult sexual landscape.

Florida has decided that parents, not activist educators, can decide what their children learn about sex and sexuality and when—and it's not in elementary school. Parents, also, cannot be kept from information about their children's mental health, and cannot have records of name changes or social gender transitions kept from them. Florida schools are no longer allowed to keep secrets about a child's mental health from parents. Schools must include parents in these conversations.

The law reads as well that "The procedures must reinforce the fundamental right of parents to make decisions regarding the upbringing and control of their children by requiring school district personnel to encourage a student to discuss issues relating to his or her well-being with his or her parent or to seek permission to discuss or facilitate discussion of the issue with the parent."

"A school district may not adopt procedures or student support forms that require school district personnel to withhold from a parent information about his or her student's mental, emotional, or physical health or well-being," the law says, "or a change in related services or monitoring, or that encourage or have the effect of encouraging a student to withhold from a parent such information, unless a reasonably prudent person would believe that such disclosure would result in abuse, abandonment, or neglect."

The activist class wants nothing more than to separate parents from their children and to take over the raising of those children on behalf of the state. They want to groom children into critical gender theory in an effort to usher children into the world of adult sexuality, which would essentially make children more receptive to keeping secrets about sex and gender between themselves and adults who are not their parents, and without their parents knowledge.

What activists term the "Don't Say Gay" bill is, as Pushaw says, an anti-groomer bill to protect children from activists teachers who seek to initiate children into their activism. Florida's Parental Rights in Education is one that seeks to protect and encourage parent child relationships, and demand that teachers teach, and not use the classroom or school to advocate for their own activist gender ideologies.