Teachers will now be compelled to use students' preferred pronouns, and gender non-conforming students who identify as transgender will be given access to same-sex activities and spaces. 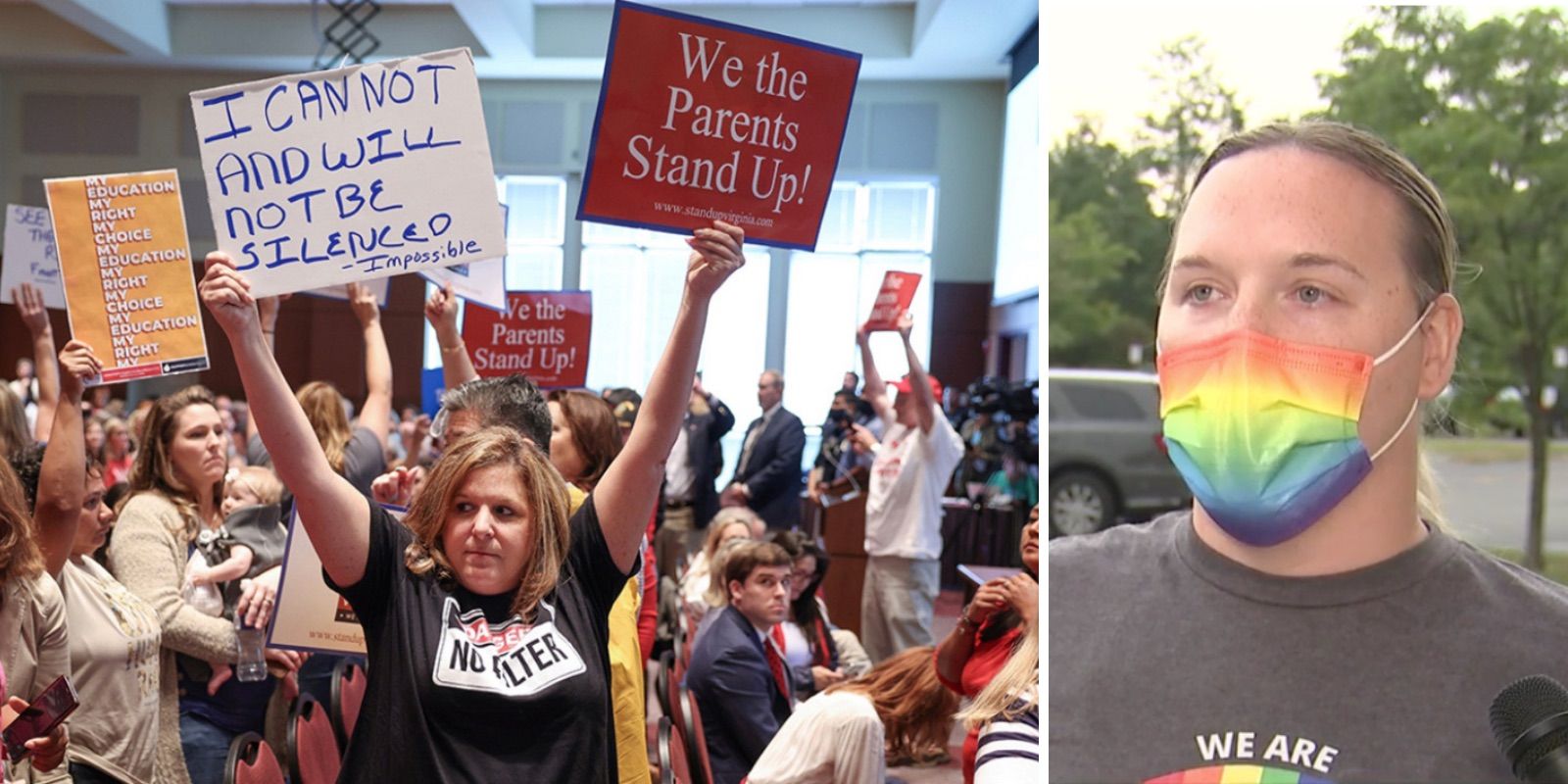 The Loudon County School Board in Virginia, which has been the subject of frequent fights between parents and the far-left members of that governing body, has voted to approve radical policies incorporating transgender ideology into the school system.

Teachers will now be compelled to use students' preferred pronouns, and gender non-conforming students who identify as transgender will be given access to same-sex activities and spaces of the gender with which they identify as opposed to their biological sex.

One teacher recently lost his job for saying that he would not comply with these new rules. Tanner Cross, a gym teacher at Leesburg Elementary School said that the school board couldn't force him to tell his students that a biological boy could be a girl, or vice versa. He was put on leave, but was later reinstated, which is currently under dispute.

Policy 8040 was up for a vote after weeks of debate, after Cross stated he would not comply. While parents have routinely made their presence known at Loudon County School Board meetings to protest critical race theory implementation in curriculum, mandatory masking, and to make other concerns known, the vote to approve policy 8040 was done under tight security due to "threats," reports local news.

Parents were only able to watch the school board meeting remotely, unable to speak their minds or voice concerns about these major changes. The measure was passed in a 7-2 vote.

The policy states that "LCPS staff shall allow gender-expansive or transgender students to use their chosen name and gender pronouns that reflect their gender identity without any substantiating evidence, regardless of the name and gender recorded in the student's permanent educational record. School staff shall, at the request of a student or parent/legal guardian, when using a name or pronoun to address the student, use the name and pronoun that correspond to their gender identity."

In voting against the policy, school board member Jeffrey Morse of Dulles District said that "The policy is not needed. The policy does not solve the issues it's purported to solve. The policy has forced our focus out of education." He said further that he would "not support it."

Policy 8040 goes further, to say that "staff or students who intentionally and persistently refuse to respect a student's gender identity by using the wrong name and gender pronoun are in violation of this policy."

As for athletics, the policy states that "LCPS staff shall allow gender-expansive and transgender students to participate in such activities in a manner consistent with the student's gender identity."

In terms of locker rooms and bathrooms, the policy states that "Students should be allowed to use the facility that corresponds to their gender identity. While some transgender students will want that access, others may want alternatives that afford more privacy." It falls to administrators, the policy states, to "Take steps to designate gender-inclusive or singe-user restrooms commensurate with the size of the school."

Professional development and training is also required per the new policy, which states that "All school mental health professionals shall complete training on topics relates to LGBTQ+ students, including procedures for preventing and responding to bullying, harassment and discrimination based on gender identity/expression." That this training has been completed will be "annually acknowledged" by "all instructional staff."

Jennifer Boysko, the Virginia state senator who sponsored the bill on the state level, which inspired this local policy, said that anyone who is opposed should simply educate themselves more on transgender ideology and transgender children so that they would better understand the need for compliance.

Boysko went on to say that "we make sure to incorporate people who are actually living and breathing this every single day."