"They should not have the authority to shut this down to begin with, let's just be honest. But to not have any regard or sense of urgency after a year?" DeSantis said. 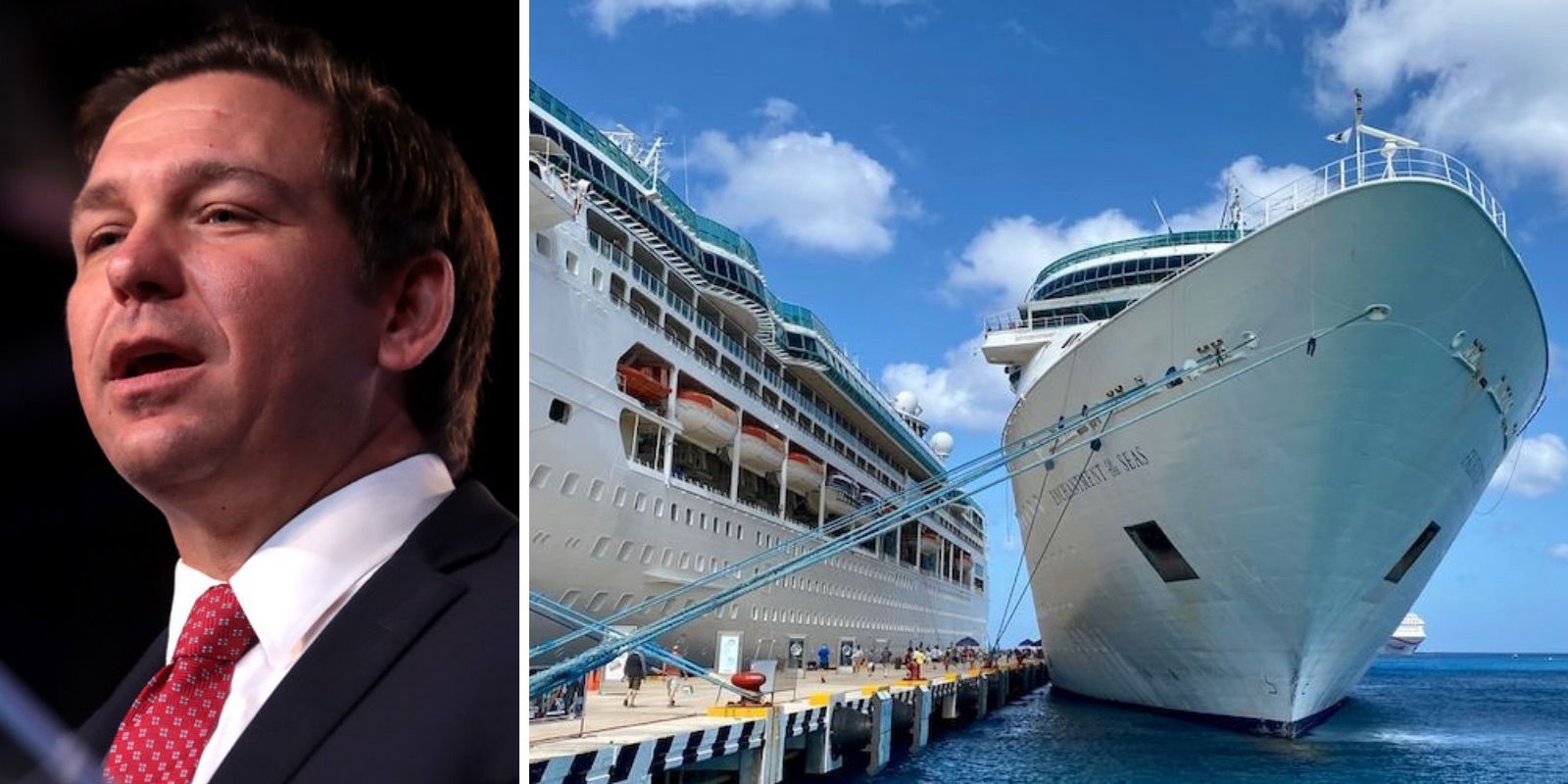 Governor Ron DeSantis has described the Biden administration's response to the cruise ship industry's ongoing closure as "an example of poor leadership and poor governance."

He went on to say that "They should not have the authority to shut this down to begin with, let's just be honest. But to not have any regard or sense of urgency after a year?"

"I want to see these ships sailing," DeSantis said. "It would be a great comeback for a lot of people who work in this industry."

In October, the CDC lifted the "no-sail" order, but the cruise lines are still not operational in the US. They are "are still awaiting technical guidance under a conditional order that would allow them to start test voyages needed to resume operations," according to the South Florida Sun Sentinel.

It was at a meeting at Port Canaveral where DeSantis met with industry leaders, and heard their grievances that he called for the Biden administration to put an end to the "national lockdown." He said swifter action should be taken to get cruise lines back in the water by June.

Florida is home to many of the country's busiest ports, and it is usually around this time of year that the state prepares for cruise season. Due to the COVID-19 pandemic, however, ships have been moored since last March, with no plans to open in sight.

Cruise lines in other parts of the world are beginning to resume operations, leading many to question why the United States is taking so long.  This frustration is made worse by the fact that while ports remain void of tourists, airports and hotels are open for business.

In a letter to White House COVID Coordinator Jeffrey Zients, a number of senators and congresspeople, led by Rick Scott, Marco Rubio, and Lisa Murkowski, voiced their concern.

"The cruise industry has faced unique challenges amid this pandemic, and is one of the only industries that is completely precluded from resuming normal operations. This has created a dramatic negative ripple effect on the Florida and Alaskan families, businesses, ports and communities that rely on the cruise industry," he said.

"If the CDC does not quickly commit to start communicating timely and effective guidance, as well as hold frequent and productive meetings with cruise industry stakeholders, it will have harmful impacts on another peak season for the cruise industry."

The Sentinel reports that cruise executives are willing and ready to implement increased safety precautions, and are now waiting for the go-ahead from government.

Florida Attorney General Ashley Moody has made it clear that if the federal government does not act soon, "We will take all legal actions as necessary."