Florida governor called on Biden to keep the policy in place, suggesting that if he chooses not to, the border crisis will only get worse. 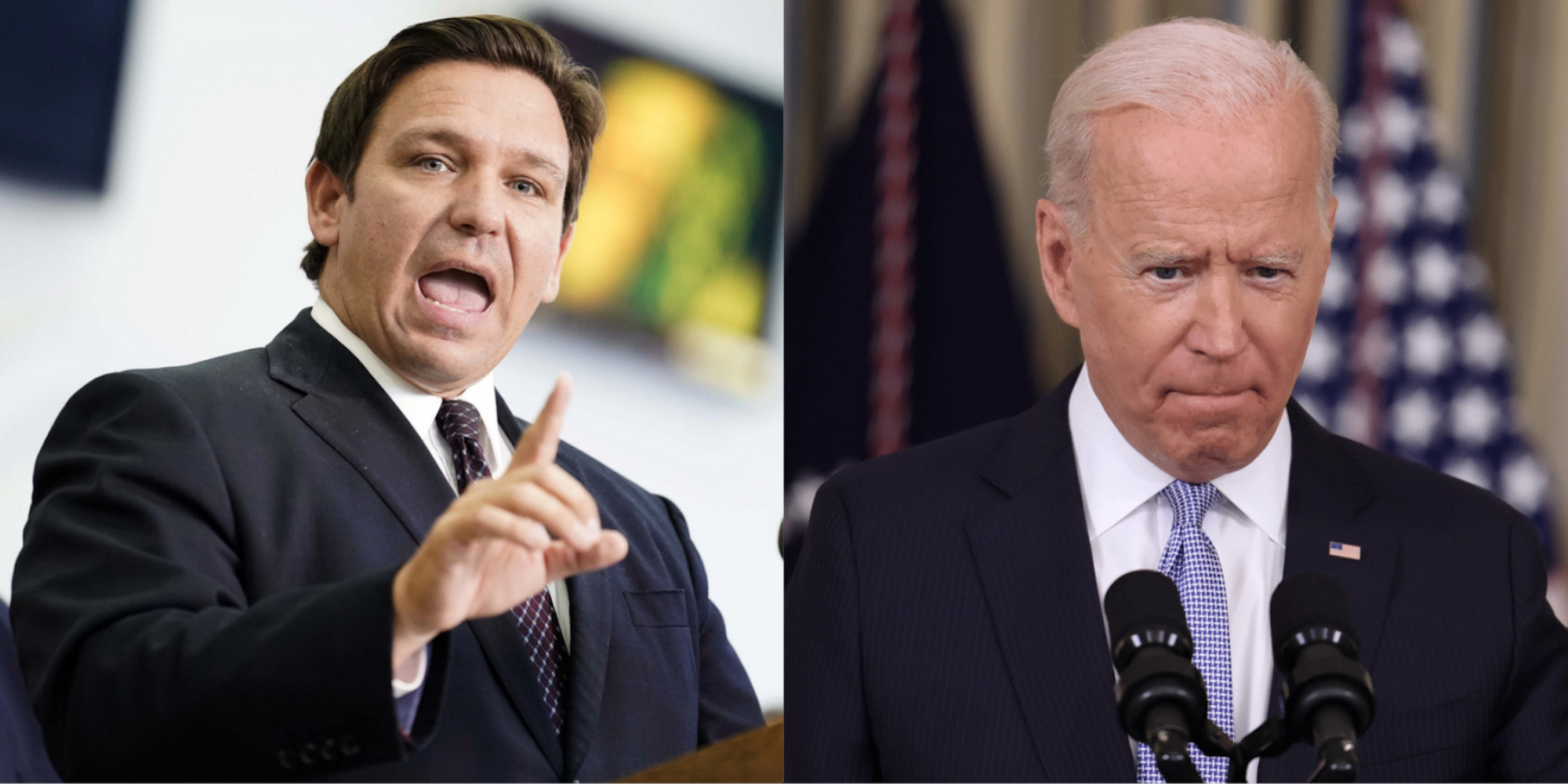 In response to the Supreme Court's Thursday ruling that the Biden administration does not need to abide by the previous admin's "Remain in Mexico" policy, Florida Governor Ron DeSantis has called on Biden to keep it in place, suggesting that if he chooses not to, the border crisis will only get worse.

"I also would like to just make a comment on how the US Supreme Court made a decision about the 'remain in Mexico' policy at the southern border," DeSantis said at a Thursday press conference.

"They made Trump jump through a lot of hoops, and now they're saying Biden can just get rid of it. That may actually be what the Constitution [says] but they're treating him differently than they treated Trump, which I don't think it appropriate."

"Nevertheless," DeSantis continued. "If Biden revokes the Remain in Mexico policy, you're going to see the worst border crisis in history get even worse."

The policy in question, which was introduced by the Trump administration, requires that those seeking asylum in the US along the southern border wait in Mexico while their cases are decided.

Biden had long vowed to nix the policy upon being elected president, and did, however the administration begrudgingly re-introduced it in December 2021 after being forced by the court to do so.

"It is not our preference to be reimplementing and re-instituting the [policy]," said former Press Secretary Jen Psaki at the time. "We are doing that because of a court order and legal requirement to do so, and that we have put in place a number of changes to make from the Department of Homeland Security to improve some humanitarian components."

She went on to call the policy "inefficient," and "inhumane."

The Supreme Court voted 5-4 on Thursday in favor of doing away with the requirement placed on the Biden administration, with Brett Kavanaugh, Stephen Breyer, Sonia Sotomeyer and Elena Kagan concurring with Robert’s opinion, and Clarence Thomas, Neil Gorsuch, Amy Coney Barrett, and Samuel Alito dissenting.