The refugee crisis on the US southern border is all Trump’s fault, and not Biden’s, who’s been in office since late January. At least that’s what Homeland Security Secretary Alejandro Mayorkas will have you believe. 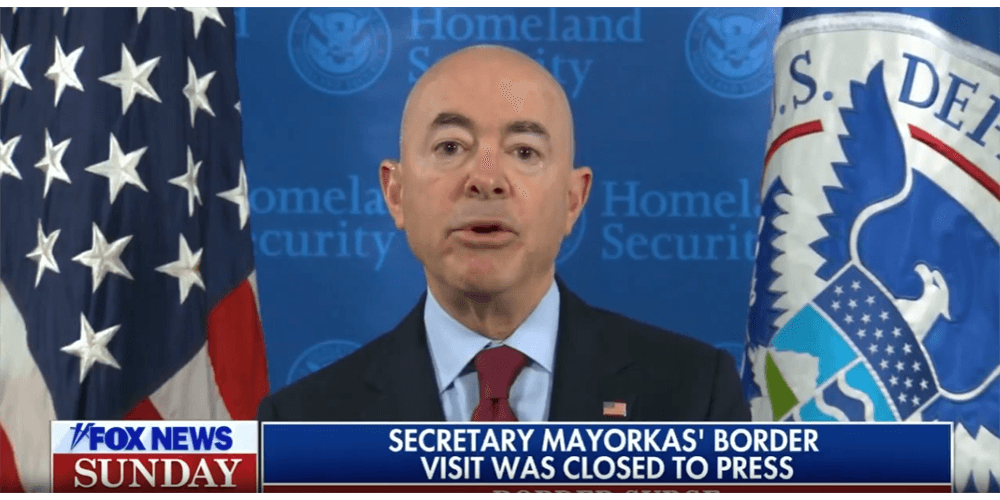 The refugee crisis on the US southern border is all Trump’s fault, and not Biden’s, who’s been in office since late January. At least that’s what Homeland Security Secretary Alejandro Mayorkas will have you believe.

Speaking to Fox News’ Chris Wallace on Sunday, Mayorkas claimed that the reason the number of people seeking to enter the US through the southern border is at a 20-year high is because of the Trump administration’s actions, defending the policy changes that took place in the early days of the Biden administration.

Biden removed a number of Trump policies that included having asylum seekers remain in Mexico while awaiting their asylum cases to be heard. Mayorkas claims that Biden’s changes encouraged the surge.

"What we are seeing is the result of President Trump's dismantlement of the safe and orderly immigration processes that were built over many, many years by presidents of both parties," Mayorkas said. "That's what we are seeing, and that's why it's taking time for us to execute our plans to administer the humanitarian claims of vulnerable children. That's what this is about."

In response to criticism over Biden’s removal of the Mexico policy, Mayorkas said that Biden has replaced it "with a safe and orderly triage system working with our partners in Mexico and humanitarian organizations in the international space and we are not expelling vulnerable children."

He also defended his administration’s “safe third country” agreements enacted by the former president, which required migrants to seek asylum in another country before heading to the United States. He claims that “there’s nothing safe about” sending people back “to the very countries from which they are fleeing persecution.”

Mayorkas claims that the Biden administration is sending a message to discourage children from trying to enter the US "because we are rebuilding orderly processes for them as well, as the country always had until the prior administration."

Contrary to his claims, the Customs and Border Protection have arrested over 100,000 at the border in February, much higher than the 74,018 people arrested in December, which was Trump’s last full month in office. During this period, the number of unaccompanied minors has nearly doubled from 4,993 in December to 9,457 in February.

"The border is secure, the border is closed," Mayorkas said. "We've been unequivocal in that and we are operationalizing our processes, executing our plans. We are a nation of laws and we treat vulnerable humanely. We can do it and we are doing it."