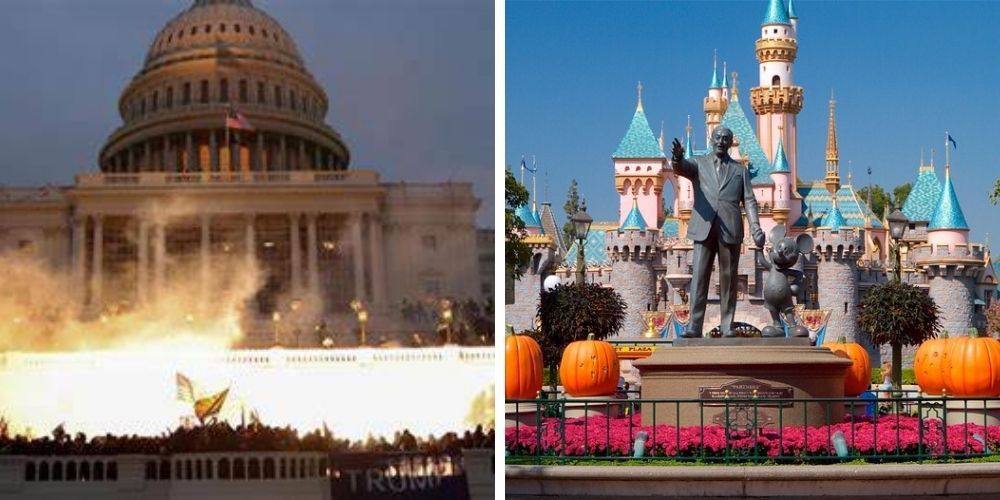 The Walt Disney Company announced Wednesday that it will no longer make contributions to lawmakers who opposed certifying President-elect Joe Biden's Electoral College victory in the aftermath of the riot at the US Capitol.

A Disney spokesperson said in a statement, "The insurrection at our nation's Capitol was a direct assault on one of our country's most revered tenets: the peaceful transition of power. In the immediate aftermath of that appalling siege, Members of Congress had an opportunity to unite—an opportunity that some sadly refused to embrace. In light of these events, we have decided we will not make political contributions in 2021 to lawmakers who voted to reject the certification of the Electoral College votes."

Disney did not pull donations from Democrat politicians who endorsed the BLM movement, which was instrumental in the thousands of riots that destroyed businesses across the country over the summer of 2020 in the wake of the death of George Floyd. The company and its subsidiaries instead promoted BLM on their platforms.

Senator Ted Cruz (R-TX), who opposed certification, introduced a bill in May to block federal assistance to movie studios that bow to Chinese Communist censorship, and specifically cited numerous examples of Hollywood self-censorship, including many acts by Disney and it's subsidiaries including Marvel Studios and 20th Century Fox.

Disney's announcement followed a similar action by the Motion Picture Association that said in a statement on Tuesday night that it was "shocked and saddened by the horrific events" at the Capitol last week.

Patrick Kilcur, the group's executive vice president of public affairs, said the MPA would suspend contributions "for the foreseeable future" to the eight senators and 139 representatives who voted to reject votes from Arizona or Pennsylvania.

Kilcur added, "What’s more, many MPA and member company employees, myself included, spent many years of our careers working in the Capitol as congressional staff. Our thoughts and prayers remain with our friends and colleagues who bravely endured last week's assault — and continue to serve our country during these challenging times."

Comcast and AT&T, parent companies of two of the Motion Picture Association's members, pledged on Monday to suspend their contributions as well.

Big tech companies including: Facebook, Google and Microsoft, said they would suspend all political giving while they reviewed their policies.

Amazon also suspended its PAC contributions to members who opposed the certification and said it did not wish to support an "unacceptable attempt to undermine a legitimate democratic process."

This follows attempts by big tech companies to silence President Trump by suspending and banning him from their platforms. Following the bans and suspensions, President Trump joined alternative social media platform Parler, which was subsequently kicked off of Amazon's hosting servers as well as Google and Apple app stores, shutting down the site.