A mother's emotional speech at a board meeting told how her daughter was allowed to change her name and pronouns at school, without her knowledge or consent, which she believes set her child on a path to taking testosterone and having a mastectomy. 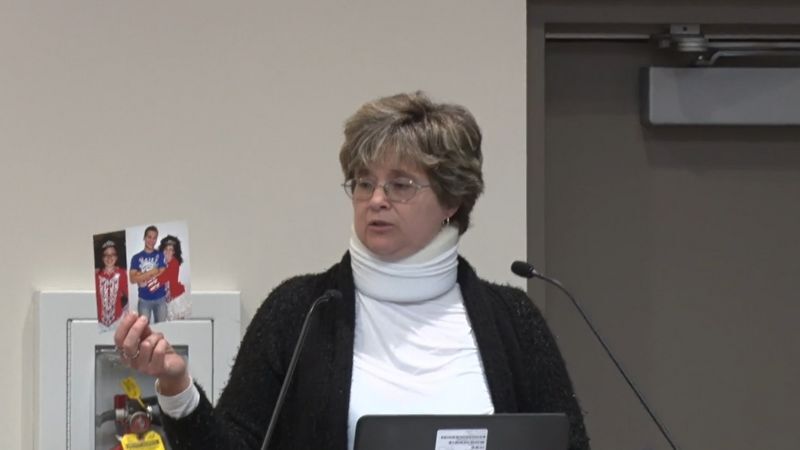 A Pennsylvania mother gave an emotional speech at a school board meeting last month, telling the story of how her daughter was allowed to change her name and pronouns at school, without her knowledge or consent, an action that she believes set her child on a path towards taking testosterone and having a bilateral mastectomy.

Linda Mullins held up a photograph of her daughter that was taken as she entered Grade 9 in the Souderton Area School District. During that school year, Mullins said that the messaging her daughter received in the classroom led to her identifying as a boy and changing her name and pronouns, something Mullins said she didn’t discover until she attended an open house event at the school.


“I am her parent, and as a parent, I should be informed of these things. This is a mental health issue that needed to be addressed,” said Mullins.


She described how her daughter’s mental health spiraled, and she became depressed and started cutting. Then, “under the disguise of a fundraiser,” Mullins said one of her daughter’s teachers allowed her to shave her head so she looked more like what she identified as.

“My child has now removed her breasts [and] is taking testosterone,” the very emotional mother told the assembled board. “This causes atrophy. It causes the muscles in her vagina to collapse to the point of incontinence, but these are not the facts that anyone shares with you.”

Mullins, who is a teacher, explained to the board how she believes it was the messaging her daughter received in the classroom that led to her identifying as a boy.

“It only takes 14 times for a child to start believing [they can change sex]. I am asking this board to be monitoring what your teachers are saying to these children. I am asking you that these parents do not have to suffer through this. Like I have.”

School boards all over the U.S. and Canada teach gender ideology to children as if it’s scientific fact, and have privacy policies in place that require teachers to socially transition children while withholding the change of name and pronouns from the parents.

Genspect, an international alliance of healthcare professionals, concerned parents, and detransitioners, describes social transition as “a powerful therapeutic intervention that should not be undertaken without clinical supervision.”

“Many transgender organizations advise schools to “affirm” students’ gender identities by using the names and pronouns students request, and letting students use the bathroom that matches their gender identity. This is known as social transition,” explains the Genspect school guidance document. “While well-intentioned, affirming a student’s gender identity or publicly celebrating a transgender student’s courage are not neutral actions: they can unintentionally influence students’ identity formation. Identity formation is an important psychosocial stage of development for young people between 12 and 25 years old.”

This advice is in line with the findings of the independent review of England’s gender services conducted by Dr. Hilary Cass, the former president of the Royal College of Paediatrics and Child Health. In her interim report, Cass stated that “it is important to view [social transition] as an active intervention because it may have significant effects on the child or young person in terms of their psychological functioning.”
ADVERTISEMENT
ADVERTISEMENT
Linda Mullins