A gender-affirming doctor who works for Plume, an online telehealth service that offers gender-affirming hormone therapy through a cell phone app, believes that young gender-confused females can “try out” testosterone if they choose to do so. 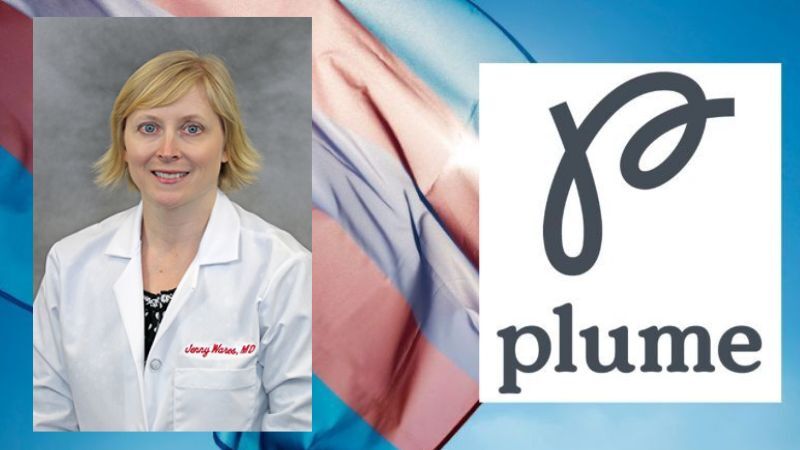 A gender-affirming doctor who works for Plume, an online telehealth service that offers gender-affirming hormone therapy through a cell phone app, believes that young gender-confused females can “try out” testosterone if they choose to do so.

Dr. Jennifer Wares, an emergency medicine specialist, made the comment on Twitter in reply to a tweet by author Amanda Jette Knox, who was mocking a young woman talking about her transition regret related to the irreversible effects of testosterone.


“Gender medicine doc here and you can in fact “try out” T if you choose to do so, with good informed consent.  Voice lowering takes longer than two days - but if somehow it happens in two days, a person can stop and not wait a year to stop. We have a lot of flexibility.”

When another Twitter user suggested testosterone was easily obtained online without the need for an official diagnosis of gender dysphoria via providers such as Plume, Wares responded that she works for Plume and that the service has a screening process and only provides hormones for those with dysphoria.

But this contradicts the information on Plume’s website, which boasts of “having no gatekeeping and no letters required to access care,” as reported earlier this year by The Post Millennial.

The monthly membership fee of $99 per month allows users to obtain prescriptions for “gender-affirming” hormones, with the website stating that most patients get their prescription sent to the pharmacy the same day as their first appointment with one of the “experienced ‘gender-affirming’ care providers.”

This hardly seems like the diligent screening process to obtain good informed consent that Wares was describing in the Twitter exchange.

The advice Wares is giving out on Twitter was also given to Carol, a detransitioned lesbian who speaks out about the harm of gender-affirming care. Carol tells of how her doctor advised her to just give testosterone a try, telling her that if she felt better, she’d know the drug was right for her.

Carol explains in a video how she took her doctor’s advice, and describes how she did feel better, but states that the reason for this was not because testosterone was right for her, but because testosterone is an anabolic steroid and when a woman, especially a depressed woman, is given an anabolic steroid, she is going to feel a lot better because it’s a mood-enhancer; it gives a person energy and makes them feel good.

“I wasn’t trans,” Carol astutely points out. “I was on drugs.”

Wares opened a further can of worms when she responded to the suggestion that a gender medicine doctor believing young women can just try out testosterone raises several red flags. Wares took exception to the terminology by responding that “young women don’t try testosterone. Young trans men and non-binary people do.”

This naturally raises the question of why non-binary people, who are supposedly neither male nor female, would be given testosterone. When asked, Wares explained that a “person who is non-binary but wants to be more masculine than they relate can take testosterone to help.”

Another detransitioned woman joined the discussion to point out the inaccuracy of Wares’ statement that no young women are given testosterone by describing her own experience of being prescribed the hormone when she believed herself to be a man.

“Well, according to activists, detransitioners were never trans. So... even with the language games, you're wrong. Plenty of young women have been (regrettably, wrongly) prescribed testosterone (including me).”

Wares responded directly to neither of these detransitioned women, preferring instead to share a blog post written by a trans activist published in Scientific American which claims sex is a spectrum without ever actually managing to name even the third sex.

Wares also believes that “older minors” have the capacity to meaningfully consent to such permanent changes to the body as voice lowering, clitoral enlargement, and the ability to grow hair on the body and face, and expressed excitement at the possibility that infertility caused by the cocktail of puberty blockers and cross-sex hormones given to children may not be permanent after all.