Doses thrown out in New York due to Gov. Cuomo's vaccine rollout policy

This is a result of New York Governor Andrew Cuomo's decree and threats with regard to which groups were eligible to receive the vaccine and which, under penalty of steep fines, were not. 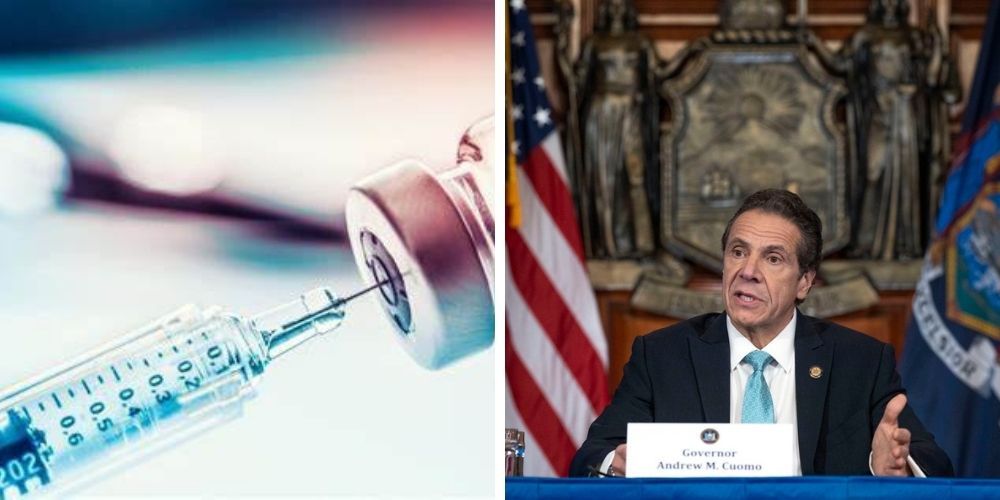 Vaccines that were thawed and then left unused in New York were thrown out. This is a result of New York Governor Andrew Cuomo's decree and threats with regard to which groups were eligible to receive the vaccine and which, under penalty of steep fines, were not.

Last week, Dr. Neil Calman, president of the Institute for Family Health, told The New York Times that the Family Health Center of Harlem had to throw away doses of the coronavirus vaccine after patients didn't show up to their appointments. Other institutions relayed similar stories, while other medical professionals spoke of vaccines sitting in freezers for weeks unused.

This was a result of the city's health department having told clinics that they could only give shots to groups deemed eligible by the state. Cuomo had issued strict guidelines as to which groups could receive the vaccine and in which order. New York City Mayor Bill de Blasio railed against these restrictions, and demanded that the state allow the city to determine who should get the vaccine when in order to maximize efficiency and not waste any vaccines.

Following pushback to his failed guidelines for vaccine eligibility, which caused the painfully slow rollout of the vaccine as well as the dumping of doses, Cuomo on Friday expanded the eligibility groups to three million more people who will now be permitted to schedule vaccinations, including those 75 and older. De Blasio immediately revamped the vaccine rollout program to get more shots in the arms of more New Yorkers as quickly as possible.

Days earlier, Cuomo had railed against several hospitals by name, for taking too long to administer its doses, even though the facilities were handicapped by his guidelines.

According to The New York Times, in the weeks since vaccinations began in mid-December, stories of doses sitting in freezers for weeks or being discarded have emerged. Cuomo originally stuck to rigid guidelines that prioritized health care workers, and residents and staff of nursing homes, group homes and even discriminated based on race.

As of Friday, only 167,949 of 489,325 doses had been administered in New York City — about 34 percent, compared to the rate the rest of the state, which was about 50 percent. This had much to do with Cuomo's prohibitions on vaccine distribution.

Many Democrat governors including Cuomo relaxed protocols in light of criticism over the pace of vaccinations due to the restrictive and discriminatory guidelines as well as a growing demand.

According to Business Insider, senior officials from the White House coronavirus task force and Operation Warp Speed have reportedly been urging states to hand out excess doses of the coronavirus vaccine to anyone who wants it to ensure spare doses won't go to waste. As a result, people are able to get vaccinated at pharmacies with extra doses that need to be used before they expire.

The Pfizer and Moderna vaccines can last for several months when frozen, but must be thawed before use. Once they are defrosted, they have a very limited shelf life and if they are not used they must be discarded.

On Friday, The Journal News, reported that a hospital was under investigation for vaccinating city and school system employees against distribution guidelines in New Rochelle, a suburb north of New York City, which was the first site of the original outbreak in the state.

Dr. Rachael Piltch-Loeb, an associate research scientist at New York University’s School of Global Public Health who studies emergency preparedness, told The New York Times that some issues could be resolved by setting up mass vaccination sites independent of employers, or by having health departments play a more direct role in the vaccination campaign.

This week, New York City started vaccinations at the first two of 125 small pop-up sites set to open by the end of January. The city said that in the coming weeks, it would also open five mass vaccination sites that would run round the clock.

According to The Times, while that should relieve some of the burden on community clinics, several clinics said they would move forward with whatever vaccinations they could give.

Saturday, state health authorities issued guidance saying employees at medical center who interact with the public, including pharmacy clerks, cashiers, stock workers, and delivery staff members, could also get the shot — but only if there are extra doses in a vial and if no higher-priority residents would be able to get to the center before the doses expire.

"This exception is ONLY for the purpose of ensuring vaccine is not wasted," the state's health department said.

Earlier this month, US pharmacists discovered they could extract an extra dose or two from each vial of Pfizer's coronavirus vaccine, meaning they may have more available doses than expected, according to Business Insider.

By contrast, Washington, DC’s Department of Health is reportedly encouraging health care providers to vaccinate any willing recipient if their doses are close to expiring and they don't have an approved recipient.

Israel has inoculated so many that they are running out of vaccines, in a country about the size of New Jersey, with approximately 1 million more residents that New York City. The country allows the younger population to receive the extra vaccines, which has resulted in hundreds of thousands of Israelis between the ages of 20 and 40 having been vaccinated. The country expects to reach herd immunity and be fully open by the end of March.

Cuomo estimated that it could take through April to finish vaccinations for only about five million New Yorkers.

On Sunday, New York State reported 15,355 new positive cases and 151 fatalities, bringing its total to 31,672 deaths. Over the weekend, the state's health department confirmed three new cases of the more contagious COVID variant B.1.1.7, bringing the total to four cases of the variant in the state.