“I like them but it’s like the cheese slipped off the cracker with these guys and they just went far-left,” said Doug Ford about mainstream media journalists. 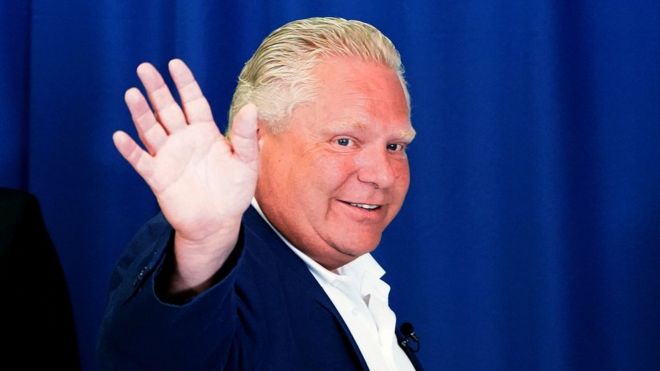 In an address delivered at the Manning Networking Conference on Friday, Doug Ford accused mainstream media journalists of being “far-left”.

“I get along with them one-on-one, I really do,” Ford told a room of conservative thinkers, strategists and decision makers.

“I like them but it’s like the cheese slipped off the cracker with these guys and they just went far-left.”

The Manning Networking Conference is hosted every year by the Manning Centre, a conservative think tank and brainchild of Preston Manning, founder and leader of the Reform Party.

During his speech, Doug Ford also praised social media and his own government’s efforts to reach his constituents directly through the Ontario News Now platform.

“They want to take what you said and clip and chop and twist it around  but we went direct to the people. And they know they’re losing the battle,” said the Premier.

Ontario News Now is a publicly funded government broadcasting and information platform which produces news-style segments that get shared across a variety of social media platforms.

Critics have attacked the platform as “undemocratic” and a way to circumvent the function of the media.