DZSURDZSA: The solution to fake news lies with the private sector not the federal "truth police"

Department of Industry warned the government about the dangers of "free speech" and "the flow of data" before "Ministry of Truth" was created to monitor fake news ahead of the 2019 election. 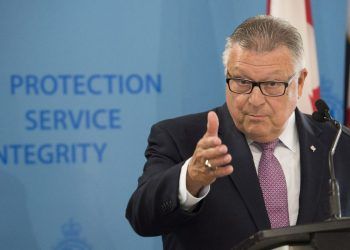 The solution to fake news isn’t a government appointed “truth committee”. Even the Department of Industry agrees.

In a 2018 memo, the department warned against federal interference in the media, ahead of the announcement that the Liberal government plans to monitor online media for election meddling.

The government’s desire to spend $7 million to monitor for online “fake news” is unjustifiable when the private sector is already doing a good job claims the department.

“In light of concerns with ‘fake news’, social media companies e.g. Twitter and Facebook are already developing and implementing solutions,” reads the memo.

There are several fact-checking platforms already available to people free of charge to test a story or a website’s credibility.

There’s Media Bias/Fact Check, Snopes, PolitiFact, and others.  These are all tools Canadians can access to assess the credibility of what their reading online and the websites they’re visiting.

Despite past flaws and scandals, Facebook has employed third-party fact checkers and sophisticated software to test the credibility of news shared on the platform.

Google has also announced that it is working on a separate search engine entirely for this purpose. The Google News Initiative launched a beta tool that will aggregate all fact-checking done by others online onto one platform.

The so-called “Critical Election Incident Public Protocol” is an entirely unnecessary waste of taxpayer money that sets a dangerous precedent for media censorship.

The government should not be in the business of determining what is “reliable” and endowing media companies of its own choice with lavish donations and bailouts.

“Policies that constrain the flow of data, free speech, consumer choice or the rights of businesses to innovate online would impede economic potential,” claimed the Department of Industry memo.

Over the past few years, Canada’s World Press Freedom Ranking has suffered because of government interference. In 2018 Canada ranked 18th on the index. Before the election of Justin Trudeau, Canada was ranked 8th.

Some of the reasons why Canada ranks so low is because of government interference with journalism. One of the cases mentioned by the index was the ruling against VICE media journalist Ben Makuch, who was ordered by the RCMP to hand over his confidential source.

The RCMP is under the direct oversight of Public Safety Minister Ralph Goodale who conveniently is also one of the members overseeing the election fact-checking department.

If Minister Goodale is willing to bully journalists to hand over confidential sources, what makes us think that he will fairly judicate over “fake news”.

So tell me again, why does the federal government seek to get involved in the fact-checking business?

Could it possibly be because the Liberal government is on a power trip intent on controlling the dialogue around the 2019 federal election?

Maybe it's because they seek to consolidate national media under one umbrella beholden to the Liberal party?

Or perhaps, they hope to squash all criticism of the disastrous policies that have wreaked havoc on Canada's economy and security?

No, of course not. Our government would never do that to us...