Predictably columnists and journalists across the world are using the New Zealand tragedy as an opportunity to advocate for measures which will have the inevitable consequences of stripping people of their fundamental freedoms. 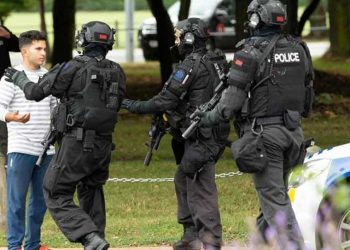 When tragedy strikes, people grieve and then they get angry.

In times like these we become inclined to ask: could this have all been prevented? Could the government have done something to intervene? How did we not predict this terrible thing would happen?

The New Zealand shooting was horrifying to have witnessed. By livestreaming his disgusting acts, the shooter has essentially turned us all into witnesses of the crime.

As witnesses we now have the responsibility to tell the truth and come together to protect one another from evils like the one perpetrated here.

In the manifesto that was apparently released by the gunman, he explicitly states his intended goal: for the government to overreach in their reaction to these events.

The killer wants the government to react by clamping down on people’s freedoms by increasing state surveillance and by further controlling their citizenry. In his twisted mind, he believes that this reaction will lead to more people doing as he does. His only desire is to maximize the damage, even after he’s locked away from society for life.

The truth is that as human beings we have an intrinsic desire for safety, we want to be assured that the places we go to worship or relax, the places where our children can play are free from the threats of terrible violence. Currently around the world this no longer seems to be the case. We are faced with dire circumstances and we need to start looking for worthy solutions. Solutions which are possible, only if we come together as communities but it must not come at the price of freedom.

Unfortunately, the mainstream media is playing right into the killer’s hands and taking his bait. Predictably columnists and journalists across the world are using the New Zealand tragedy as an opportunity to advocate for measures which will have the inevitable consequences of stripping people of their fundamental freedoms.

The political outcomes of crimes like this will be that governments will feel pressured to act by policing people even further. Understandably this comes from a paternalistic desire to keep citizens safe but it’s not the solution. This is exactly what the shooter desires.

Already, there are people asking “what are New Zealand’s gun laws?”; “what kind of websites did the shooter visit?”; “who did he listen to for his ideas?” All of these questions come from a desire to understand something that is utterly chaotic, but they often also point to a solution which would involve more governmental control and censorship.

In times like these the solution aren’t simple, and simply thinking that banning ideas or speakers or further policing people’s lives will solve our problems is false.

If we go down that route, we will only be doing this monster’s bidding.