Stone-Manning was linked to a 1989 Earth First! tree-spiking plot in Idaho. The commonly used eco-terrorism tactic involves inserting metal rods into trees to prevent them from being cut down and cause chainsaws of loggers to explode. 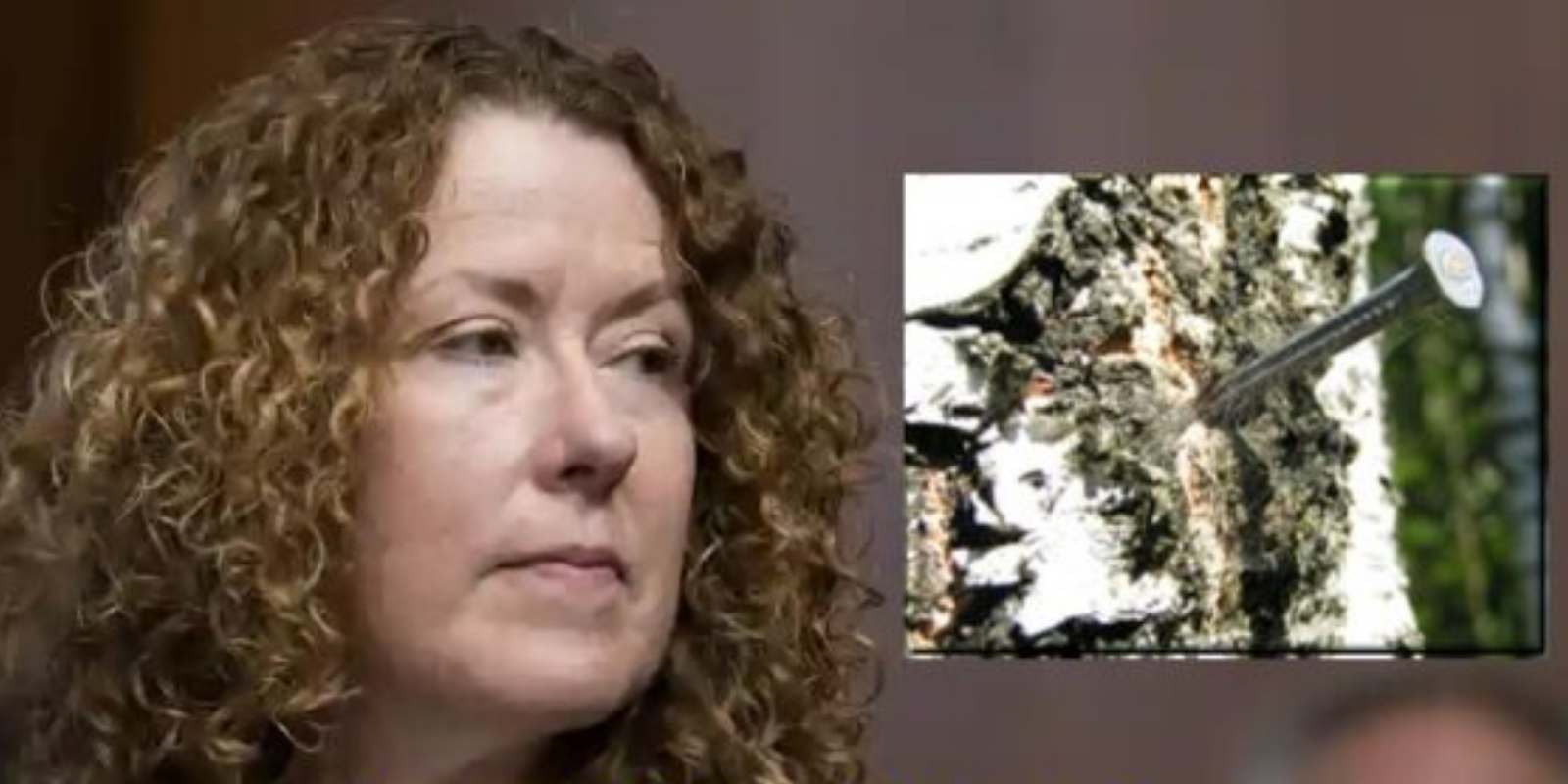 In a 50-45 party-line vote Thursday evening, the US Senate confirmed President Joe Biden’s controversial eco-terrorist-linked nominee Tracy Stone-Manning, who had previously endorsed population control, to head the Bureau of Land Management, which oversees millions of acres of federal land.

The Bureau of Land Management is under the umbrella of the US Department of the Interior. It oversees all public lands in the nation, most being concentrated in the states of Alaska, California, Idaho, Montana, Orgeon, Utah, Washington, Nevada, New Mexico and Wyoming.

Senate Energy and Natural Resources Committee chairman Joe Manchin, (D-WV), caved to political pressure and announced earlier that he would vote for the nominee.  Senate Democrats slipped the radical nominee's confirmation through during the current chaos in Congress surrounding the ongoing debate over the $3.5 trillion infrastructure bill.

Stone-Manning was linked to a 1989 Earth First! tree-spiking plot in Idaho. The commonly used eco-terrorism tactic involves inserting metal rods into trees to prevent them from being cut down and cause chainsaws of loggers to explode. As a result of the incident, a mill worker’s jaw was split in half from an exploding chainsaw.

She was awarded immunity from prosecution in 1993 when she agreed to testify and admit to her role in an eco-terrorist group responsible for what had happened in the 1989 incident where she had written and sent an anonymous letter telling the world a forest near where she lived in Idaho had been seeded with 500 pounds of spikes measuring 8 to 10 inches in length.

Stone-Manning supported population control to protect the environment in her graduate thesis and said that Americans need to "breed fewer consuming humans." She added that parents should only have two children and created a sample advertisement for her initiative which labelled children an "environmental hazard." She also wrote in 1991 that Americans should "wage war on overpopulation" in order to protect grizzly bears.

According to Fox News, Stone-Manning called US citizen's "conquering" the western states a "Pyrrhic victory", and claimed that we human beings have "annexed too much space" in the region.

"The local hillsides look like warzones now. The damage is evident and the demise of the griz[zly bears] imminent, yet we continue our war cries while breeding our weapons."

Last year, she shared her husband’s 2018 article which suggested that houses caught in forest fires should be allowed to burn.

Senate Minority Leader Mitch McConnell and others had called on Biden to revoke Stone-Manning’s nomination over the links to eco-terrorism and her questionable honesty before a Senate committee earlier this year.