Buck gave thousands for Clinton’s 2016 campaign. He also lured black men to his home and injected them with drugs, subjecting them to sexual servitude. 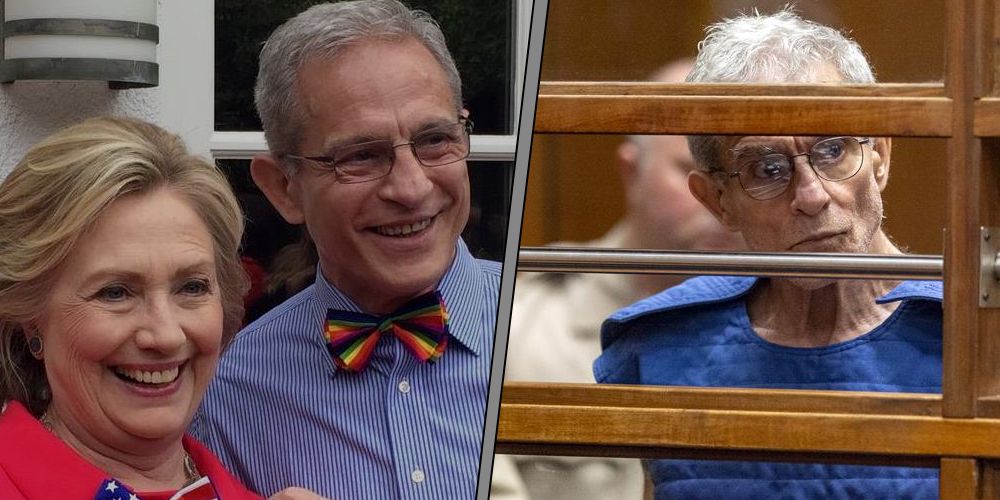 On Tuesday the notorious Democrat Donor Ed Buck, age 66, was convicted in the deaths of two people and several overdoses for a grand total of nine charges. The specifics include “maintaining a drug den,” distributing meth, and soliciting for prostitution.

The most prominent of these cases being the July 2017 death of Gemmel Moore and the January 2019 death of Timothy Dean.

In the aftermath of Moore’s death, reporting swelled surrounding the connections between Ed Buck and Hillary Clinton.

Pictured below together in June 2015.

According to WeHo Times: “Buck gave $2700 to Hillary Clinton’s campaign in 2015 and another $250 in 2016. He was also influential in the most recent city council races (to which he gave thousands of dollars to support the incumbents), making him one of California’s most prolific and substantial political donors.”

Now today according to Associated Press the demonstrably wealthy California Democrat donor was found guilty by a federal jury for injecting meth into gay men for sex.

A practice that claimed two victims and almost caused a third death. The trial went into gratuitous detail about how Black men were sexualized and subjected to “drugs-and-sex sessions” in Ed Buck’s West Hollywood den.

In what the Daily Beast previously described as Ed Buck meticulously seeking out victims, the January 2019 death of Timothy Dean at Buck’s home put him on the radar of authorities.

But everyone knew. In the gay community Buck’s predatory behavior was an open secret. He’s said to have “eluded arrest by filling the coffers of California’s most powerful politicians” for many years.

The aspect of drug addiction forming the tightrope of connecting tissue that put all the pieces into place.

According to the Los Angeles Times the death of Gemmel Moore in 2017 was ruled as accidental.  It took until September 2019 after a third attempted overdose for Ed Buck to be arrested.

"The trial wound up giving voice to the men Buck victimized. Some of them were homeless and doing escort work to survive when Buck first invited them over. He paid them extra when they let him personally inject them with meth, the men testified. They said he enjoyed seeing them get so high that they lost control."

Some of the men involved broke down on the witness stand recalling the times they spent in Ed Buck’s house.

The defense lawyers tried painting his accusers as unreliable. But it didn’t pan out in the way they hoped.