A Chilliwack resident and mother has publicly pleaded for any assistance in locating her son who disappeared five months ago in B.C. according to Global. 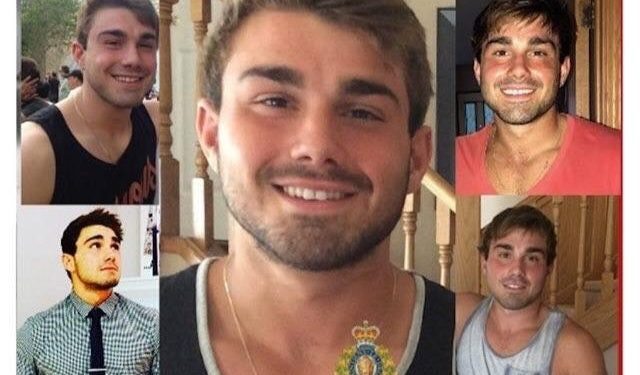 A Chilliwack resident and mother has publicly pleaded for any assistance in locating her son who disappeared five months ago in B.C. according to Global.

The mother, Eva Couture, says the hardest part is not know what happened to her son Kristofer Shawn Couture, but she believes he may have went hiking on January 26 and fell.

“My name is Eva Couture, and this is my plea,” she began, the weight of months and months of unsuccessful searching on her mind, “to every mother, father, sister, brother, aunt, uncle, cousin and friend out there to help me find my son.”

“Many people have asked me about my son Kristofer,” she continued. “I think what’s important to remember [is] that he’s not only my son: he’s a brother; he’s a grandson; he has an entire family that loves him and misses him.”

“If he did fall, let me put him to rest, and if he’s out there, please tell me, keep looking,” Eva said, struggling to keep composure.

“Did something happen? You run through scenarios in your head, multiple scenarios and you just need to know what happened.”

“Chilliwack RCMP say Couture reported to work in Maple Ridge on Jan. 25 and may have gone to a gym in Burnaby that same day,” Global News reports. “His vehicle, a grey Saturn 2000 with Alberta plates, was found abandoned a short time later in the Chilliwack area.”

“Someone out there knows what happened,” Eva asserts.

Eva has been vigilantly following the sparse trail left behind, returning to “Elk-Thurston trailhead parking lot in Chilliwack where she says her son’s car was last spotted”, and was aided by “an army of volunteers”, along with family and friends when looking for her son in the Fraser Valley trails.

She is asking hikers to be extra observant when on the trails, desperately hoping that even a small clue will lead to her son being found.

“We’re not done looking,” she stated, steadfast, “and if nothing comes of today, I’ll be back, and I’ll be back until I find him.”