"It is foreseeable that with the power of robots," Musk wrote, "we will create an era of extreme abundance of goods and services, where everyone can live a life of abundance." 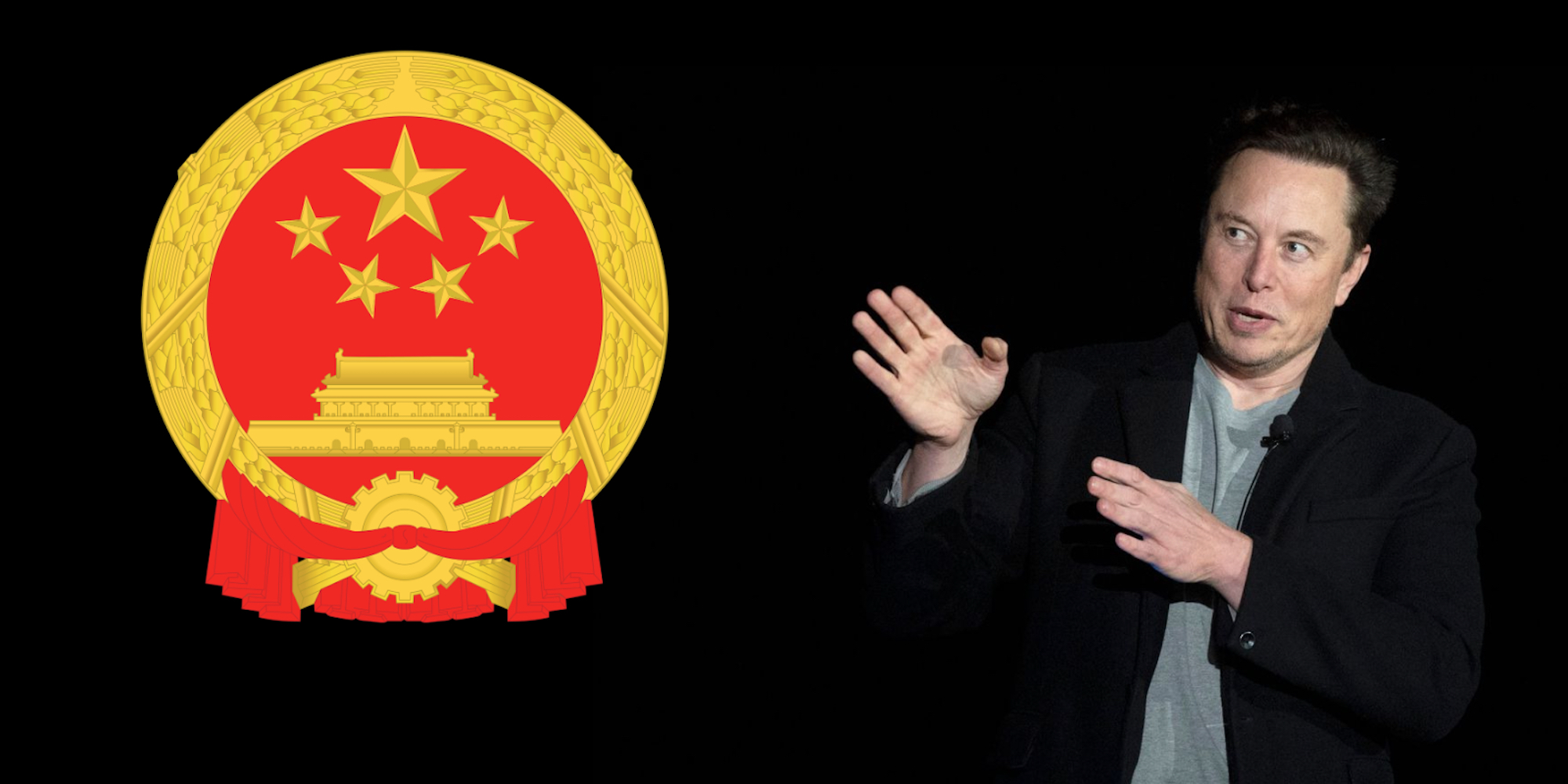 In July, billionaire and Tesla CEO Elon Musk penned an op-ed for China Cyberspace, the magazine owned and published by the country's internet regulator, the Cyberspace Administration of China. In it, he outlined his vision for the future of technology both on Earth and in space.

"Thank you for the invitation from China Cyberspace magazine," Musk began. "I am pleased to share with my Chinese friends some of my thoughts on the vision of technology and humanity."

On Saturday, a copy of the interview was published to the Beijing Channel Substack by Yang Liu, along with the English translation. Although the magazine was published last month, due to the agency's virtually nonexistent online presence, the text of Musk's article was only recently revealed to the internet.

He went on to suggest that technology "may one day surpass human understanding and control," a theory he argues that will work in our favor so long as we "are not complacent and always maintain a sense of urgency."

The remainder of the op-ed is split into four sections, clean anergy, humanoid robots, neuralink, and space exploration.

In the first, Musk explained that he wants to see a shift to renewable energy, namely from the Sun, which he argued humans are not doing enough to exploit.

Musk also expressed a desire for a fully-electrified transportation and economic network including cars, planes, and ships.

"The biggest difficulty in advancing sustainable energy lies in the large-scale production of lithium battery cells," Musk added, noting that "Chinese companies will be a force to be reckoned with in the cause of energy innovation."

Musk then went on to discuss the "Tesla Bot," which he said were developed to "replace people in repetitive, boring, and dangerous tasks," but could one day "serve millions of households" by doing menial labor.

"It is foreseeable that with the power of robots," Musk added, "we will create an era of extreme abundance of goods and services, where everyone can live a life of abundance. Perhaps the only scarcity that will exist in the future is for us to create ourselves as humans."

In regards to Neuralink, which he said was not well-known in China, Musk pitched the idea that it could one day allow humans to "effectively integrate with artificial intelligence."

Musk then outlined his plans for extraterrestrial technology, namely the construction of a human settlement on Mars via SpaceX.

He concluded by inviting "more like-minded Chinese partners" to join him in "exploring clean energy, artificial intelligence, human-machine collaboration, and space exploration to create a future worth waiting for."

According to Pekingnology on Substack, China Cyberspace only exists in the form of a physical magazine, however one article at a time is published to its WeChat channel. Musk's article has not yet been shared digitally.

As the New York Times reports, Musk has "invested heavily in China," and upon opening his Tesla factory in Shanghai in 2019 suggested that "China is the future."

When news of Musk's op-ed broke, many raised concerns regarding his relationship with the Chinese government.

"I wouldn't be surprised if there isn't concern that Musk is developing a relationship with the body responsible for China's online censorship regime," Trivium China journalist Kendra Schaefer wrote on Twitter.